Ryan Harber was a left-handed pitcher at Fort Wayne (Ind.) Northrop High School, Butler University and in the Florida Marlins system. He was selected in the seventh round of the 1999 Major League Baseball First-Year Player Draft and played five minor league seasons.
He has taken his experiences as an athlete, student and 17 years as a Certified Athletic Trainer and Strength Coach at Indianapolis-based St. Vincent Sports Performance (he works out of the Carmel location) to help athletes in many sports, including baseball.
Harber shared his knowledge on “Assessing the Overhead Athlete” at the first PRP Baseball Bridge The Gap Clinic in Noblesville as a guest of Greg Vogt.
The pyramid for “ideal athlete” development as Harber presents it has movement at the base with performance in the middle and skill at the top.
“Every athlete should have a wide range of movement,” says Harber. 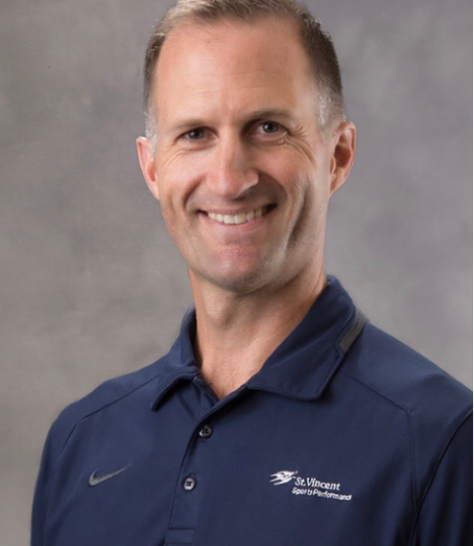 Ryan Harber, who pitched at Fort Wayne (Ind.) Northrop High School, Butler University and in the Florida Marlins organization, has been a Certified Athletic Trainer and Strength Coach with Indianapolis-based St. Vincent Sports Performance for 17 years.

Jeremy McKinney gets a charge out of stepping on the pitching mound.

Especially when he is in a relief role and gets to just let loose.

“Being a starter, I had to take up a lot of innings,” says McKinney. “I had to have stamina with my pitching. Being a closer, I can do whatever I want. I don’t have to hold back.”

That has been the experience of the right-hander who formerly pitched at Franklin Community High School (2010-13), Northwest Florida State College (2014) and Indiana State University (2015-17) and is now in his second season in the Washington Nationals organization.

“I love the closing and relieving role,” says McKinney, who has been coming out of the bullpen for the Hagerstown Suns of the Class-A South Atlantic League in 2018 and has made 62 mound appearances since college (48 in relief). “It’s more of an adrenalin rush for me to go in there and do what I like.”

McKinney, who was selected in the 31st round of the 2017 Major League Baseball First-Year Player Draft out of ISU by the Nationals, estimates he uses his four-seam fastball 80 percent of the time.

“In certain situations, I have to mix in off-speed,” says McKinney, who also throws a slider and change-up while working with Hagerstown pitching coach Tim Redding and manager Patrick Anderson.

At Franklin, McKinney played his first two seasons for the elder Jeff Mercer and his last two for Paul Strack. His senior year of 2013, he was chosen for the Indiana High School Baseball Coaches Association North/South All-Star Series.

“(Mercer) taught me how to be a player,” says McKinney, 23. “My freshman year, he gave me the opportunity to be a starting (varsity) pitcher. (Strack) taught me to keep working and don’t ever give up.”

McKinney typically played in right field when he was not pitching.

After playing Franklin Grizzly Cubs travel ball leading into high school, McKinney was a four-year player in his prep summers for the Indiana Bulls. With that organization, he gathered pitching wisdom from coach Emmitt Carney.

It was at Northwest Florida State, where Doug Martin was head coach and Craig Rodriguez the pitching coach, that McKinney put the two-seam fastball aside in favor of the four-seamer.

“They helped me to develop better,” says McKinney of Martin and Rodriguez.

That process continued in Terre Haute for ISU head coach Mitch Hannahs and pitching coach Jordan Tiegs, especially on the mental side of things.

“I learned a lot from them,” says McKinney, a closer for his first two years and a starter for his final season with the Sycamores while bouncing back from a 2015 shoulder injury. “They really developed me as a pitcher. “They helped me handle stressful situations and just go with it.

The biggest difference between college and pro baseball to McKinney?

“Having to keep the ball down,” says McKinney. “I could get away with a lot in college.

“If you (elevate it) in pro ball, they’ll definitely know you made a mistake.”