As an area scout for the Kansas City Royals, the Indianapolis resident estimates that he logs 60,000 or more miles a year seeing the best players available from his territory — Indiana, Michigan, Ohio, Kentucky and western Pennsylvania.

His goal is to see a game each day from the start of the college season in mid-February to the Major League Baseball First-Year Player Draft in early June.

“I want to paint a picture of who the guy is if you never laid your eyes on him,” says Farrell, who has been a part of professional baseball since 1991. “I have conversations with moms and dads and his high school coach, summer coach, friends and girlfriend. I gather as much information as possible.”

If the young man participates in another sport, that becomes part of Farrell’s player portrait.

He looks to see how the player interacts with his teammates and how he handles failure.

“Who is he the next at-bat or next pitch?,” says Farrell. “I’m evaluating as many pieces of a person as I can.”

Farrell appreciates working for an organization that wants top-shelf players and also cares about the whole person.

Farrell appreciates the life lessons he has learned from his baseball mentors and applies them in his scouting and as a instructor/coach. He teaches pitching to all ages at Roundtripper Sports Academy in Westfield, Ind., and works closely with the Indiana Mustangs 16U and 17U teams, which are run by Chris Estep.

He says sports can teach so many lessons — things like being a good teammate, competing for the guy next to you, discipline, effort, preparation and competition.

“I hope I’m giving them a baseball foundation with the ability to have applicable life skills,” says Farrell. “Some of it has to be about your transparency. You need to be humble enough to say to a player, ‘I wasn’t very good at that at your age’ or ‘that was my mistake.’

“It’s a combination of a bunch of stuff. You hope people value it.”

That’s why he’s happy to support Rob Barber with The BASE Indianapolis, a not-for-profit group that provides free-of-charge baseball and softball training and competition plus mentoring, education and life support to inner-city young men and women.

“Hopefully, we’re offering guys a chance to get into college and further expectations for themselves,” says Farrell.

Born in Logansport, Ind., Farrell got his organized baseball start on the youth diamonds there and played for Indiana High School Baseball Coaches Association Hall of Famer Jim Turner Sr., and the Berries of Logansport High School.

“Coach Turner was the best single coach that I had,” says Farrell, a 1987 Logansport graduate. “What I learned him was fairness. You get exactly what you earn in this life. Nothing was ever given.”

A sense of entitlement was not even an issue.

Turner was not a yeller and screamer, but he got his point across.

“He was one of most laid back people I’ve ever met and that fit my personality,” says Farrell.

A road game at West Lafayette and the bus ride home sticks in Farrell’s memory banks. The Berries won, but did not play well or act the way Turner expected.

“We clowned around too much,” says Farrell. “All he said to us: ‘you guys thoroughly embarrassed me with the way you played.’”

Not another word was spoken the rest of the trip.

Logansport was a perennial state powerhouse back in the 1980’s. The Berries won 10 sectionals, four regionals, one semistates and state runner-up finish (1989) during the decade.

The best player in Farrell’s eyes was John Nies.

“He was the best high school shortstop everywhere we went,” says Farrell, who would go from Logansport to Indiana State University along with twins Danny and Dennis Frye.

“They were enjoyable lessons and very valuable in making me who I am today,” says Farrell of things emphasized by IHSBCA and American Baseball Coaches Association Hall of Famer Warn.

One of those was preparation.

“When you step onto a campus, you better be ready to work your tail off,” says Farrell. “I also learned about believing in who I am.”

A left-handed pitcher who also played first base, center field and other positions, Farrell was a Collegiate Baseball Newspaper All-America selection in 1991. That year, he signed as a minor league free agent with the Milwaukee Brewers. The southpaw pitched six seasons in the Brewers organization (1991-96), reaching Triple-A 1993-96. He was the system’s Pitcher of the Year in 1993. He also also played in Venezuela, the Dominican Republic and Taiwan.

He became a Brewers scout in 1998 and was with that position until joining the Royals in 2014.

Farrell, 49, has three children — Roni (25), Brianna (22) and Isaiah (13). Father Larry lives in the Logansport area. Mother Mary is in Arkansas. He also has two sisters, one half sister and one half brother. 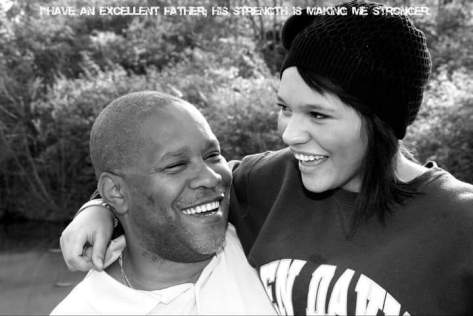 Mike Farrell is an area scout with the Kansas City Royals and an instructor/coach at Roundtripper Sports Academy and with the Indiana Mustangs. He is a Logansport, Ind., native who played at Indiana State University and in the Milwaukee Brewers organization.