Weather permitting, the South Bend Cubs are set to roll out their 2018 edition tonight (April 5) with the first of two days at West Michigan and then comes the home opener at Four Winds Field Saturday. First pitch is slated for 7:05 p.m.

Jimmy Gonzalez is back for his fourth season as manager.

At the Low Class-A level, Gonzalez is helping young players adjust to professional baseball life while also developing so they can move up the chain.

Every player is encouraged to be an individual. It’s not a cookie-cutter system.

“We have a set of rules that we abide by, but they have to be themselves,” says Gonzalez. “We can’t say act this way or that way. We’re teaching them and letting them make adjustments.

“It’s a big learning curve for these guys with weather, the full season and all that stuff.”

Many players were on college campuses last spring. After the 2017 Major League Baseball First-Year Player Draft, they played for the short-season Eugene (Ore.) Emeralds.

“They had all these things they were worried about before,” says Gonzalez. “Now it’s just baseball. This is their job now. You have to create a routine that works for them.”

Erich Uelmen gets to focus on his training, rest and recovery

“You get to put all of your time into baseball, which is a kids’ game,” says Uhelmen, a 21-year-old right-handed pitcher from Las Vegas. He was selected by the Cubs in the fourth round of the 2017 draft out of Cal Poly San Luis Obispo.

“I loved college baseball,” says Uelmen. “The transition to pro baseball has been fun, too.”

Uelmen was a starter with the Mustangs then was asked to pitch out of the bullpen for the Emeralds.

“Out of the bullpen, it’s hard to get all of your pitches established,” says Uelmen, who used mostly his sinker and slider in Eugene but does have a change-up and four-seam fastball in his pitching bag of tricks. “As a starter, we’ll see the same hitters more and more throughout the season and they’ll have more at-bats against you during the game. You need to keep them off-balance (and change eye levels).”

Uelmen goes to back to starting in South Bend.

“I like to start because throughout the week you can do your workouts,” says Uelmen. “I have a nice routine I can fall back on.”

Brendon Little, a left-hander and 2017 first-round selection out of State College of Florida after a season at the University of North Carolina, got his first taste of pro ball at Eugene.

“Everybody says it’s a grind and it definitely is,” says Little, 21. “It was a great education. It was a lot to take in for one year, but it was definitely a great experience.”

Little, who hails from Malvern, Pa., outside of Philadelphia (he was at the Super Bowl celebration parade for the Eagles and has friends at Villanova, home of the 2018 NCAA men’s basketball champions), has goals this season as a South Bend starter.

“Commanding the baseball and having the change-up as more of a weapon,” says Little, who is considered the top left-handed pitching prospect in the Cubs system by MLB.com and MinorLeagueBall.com. “In the past, my curveball has always been my go-to.”

Besides a “spike” curve and change-up, Little throws a four-seam fastball that he has gotten up in the upper 90’s.

At 25, catcher Tyler Payne is the oldest players on the South Bend opening day roster. Drafted in 2015, he enters his fourth pro season.

The Hurricane, W.Va., native is looking to be a good teammate not only to Cubs pitchers — like 19-year-old Mexican right-hander Jose Albertos — but everyone including 20-year-old Venezuelan shortstop Rafael Narea.

“If they ever need anything, I’m here for them,” says Payne. “I want to win a championship. That’s what it’s all about.”

“For me, I’ve just got to come and bring my game everyday.

Payne will do his part in the development and competitiveness of the pitching staff.

“You’ve got to have a set plan everyday. Go over the scouting reports and trust what our guys have. That’s a big thing for us.”

Brian Glowicki, a 23-year-old right-hander who was used as a reliever in four seasons at the University of Minnesota and last summer in Eugene, is ready to contribute in any way he can for South Bend.

“I bring a lot of energy and I’m very competitive,” says Glowicki, who is from Downers Grove, Ill., but grew up a Boston Red Sox fan because of father Tom and counts former Bosox and current left-hander Jon Lester as his favorite pitcher. “We’ve got a lot of personalities on the team. We like to have fun. But we know how to take care of business once we get on the field.” 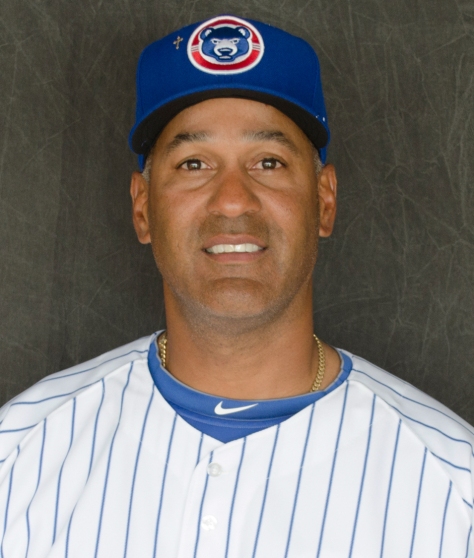 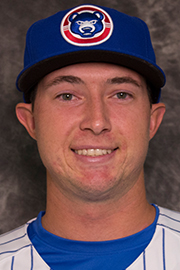 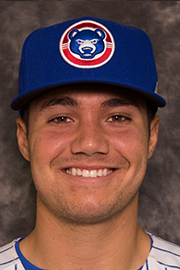 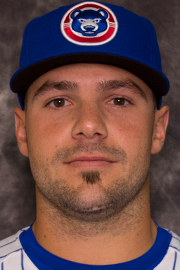 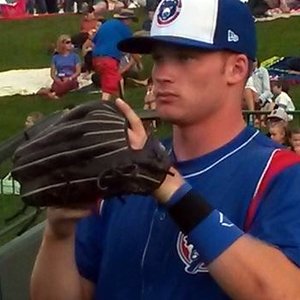 Gleyber Torres was with South Bend Cubs in 2015.

Eloy Jimenez was with South Bend Cubs in 2016.