Wa-Nee sports fans have a reputation for backing their teams.

The folks of Wakarusa and Nappanee would really have turned out in force if the weather had cooperated and the event was held at NorthWood as scheduled.

But rains forced all but a few innings of the first game to be played at Wawasee.

Plenty of Panthers fans went to Syracuse to see NorthWood top Wawasee and Lakeland for a berth in the Class 3A Bellmont Regional on Saturday, June 3. Yorktown meets Norwell in Game 1, followed by NorthWood against Fort Wayne Concordia with the championship that night.

It’s nearly 90 miles to Decatur. But that’s not likely to stop NorthWood fans.

“It’s like we’re a big family,” says Panthers third-year head coach Jay Sheets, who was part of a sectional baseball championship team and an Indiana High School Baseball Coaches Association All-Star as a NorthWood senior in 2007 before playing at Manchester University for coach Rick Espeset. “People rally together. “Parents want to see all the kids do well. On Memorial Day — with other things going on — we had a big crowd (at the sectional championship game).”

NorthWood (24-1) lost 1-0 in its season opener against Westview and have won 19 times by allowing three runs or less.

“Our pitching and defense does not give up a lot of runs,” says Sheets. “Our hitting is coming around at the right time.”

The workhorse has been senior Drake Gongwer (a Taylor University commit), but the Panthers have a half dozen capable arms.

Sheets, 29, credits the Class of ’17 for leading the way this spring.

Gongwer, Minnich, Herschberger and Moore were all regulars as sophomores in Sheets’ first season as head coach after a few leading the junior varsity. “They’re all battle-tested. They know what (regional) is going to be like with the crowd sizes. They can tell the younger guys.”

Even so, the Panthers might have a few butterflies. That does not bother their head coach.

“Nerves are a good thing in my mind,” says Sheets. “They keep you on your toes.”

Success is a tradition for NorthWood baseball. With the latest hardware, the Panthers have won 11 sectionals. 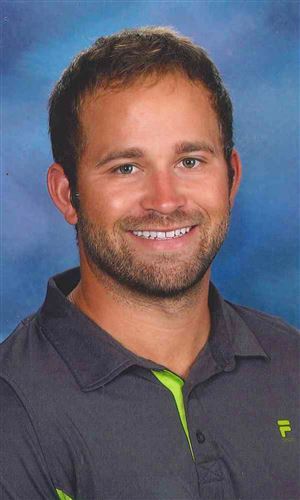 Jay Sheets, a 2007 NorthWood High School graduate, is in his third season as head baseball coach at his alma mater. The Bellmont Regional-bound Panthers won their fifth straight sectional in 2017.