How revved up are folks around Denver, Ind., about their North Miami Middle/High School baseball program?

The Warriors just earned the first IHSAA sectional title in that sport in the school’s history.

North Miami (9-16) bested West Central, Caston and Northfield to reign at the Class 1A Caston Sectional and earn a berth in the South Bend Regional on Saturday, June 1 at Four Winds Field. The Warriors take on Washington Township at 11 a.m., followed by Fremont vs. South Central (Union Mills) with the championship at 8 p.m. Washington Township and South Central are tied for No. 4 in the final Indiana High School Baseball Coaches Association regular-season poll.

Warrior fans stood up at the end of the game which saw North Miami outlast Northfield 1-0 in eight innings.

The day after the championship, the team gave back to the community by helping with tornado damage clean-up.

Hudson says that the roots planted when he took over are beginning to blossom on the field, with the home field and the feeder system.

Warrior Field is North Miami’s on-campus home. The facility has undergone a complete transformation the past three years. Bullpens have been added on each side of the field with a new batting cage on the home side. The mound has been reconstructed. Infield and outfield warning tracks have been installed. The inside of the dugouts have been re-done. The infield has been re-leveled with new grass and the field re-edged.

“It gets kids excited when they’re playing on something nice.”

Hudson has increased his involvement with the Town & Country baseball program at Denver (which begins with T-ball) and helped get junior high baseball established at North Miami.

A combination of junior high and Babe Ruth, there were 11 players the first year led by Schanlaub and two teams of 12 each the next year, guided by Schanlaub and Shannon Floor. Last summer, the 15U team placed second to New Castle in the Babe Ruth state tournament and participated in regional play in West Virginia.

While there are no college commits on the current team, North Miami has sent Patrick Masters to Manchester University. Shane Holden played a season at Ivy Tech Northeast.

The TRC features mostly 2A and 3A schools with North Miami, Northfield and Southwood being in 1A. Conference schools play each other once to determine a champion.

The Warriors are part of an IHSAA Class 1A sectional grouping with Caston, North White, Northfield, South Newton, Southwood and West Central.

Hudson is a 2006 graduate of Peru High School, where he played for Chuck Brimbury. He tries to follow the lead of his mentor and bring those qualities to the North Miami program.

“I learned a lot from him,” says Hudson of Brimbury. “You try to get the best out of your players.”

Hudson is building a culture where the good of the group comes ahead of that of the individual.

“You play for the guy next to you,” says Hudson. “What they should really care about is what the team is doing.”

Troy is dean of students at North Miami Elementary. His wife of 9-plus years, Amy, is an oncology nurse in Rochester, Ind. The couple have two children — son Kolten (9) and daughter Skylar (5). 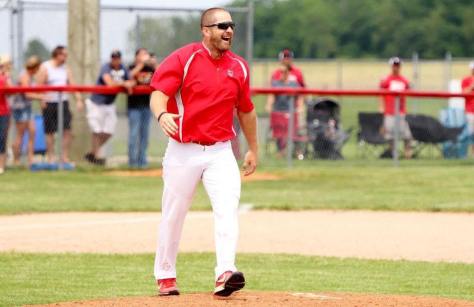 In his third season as head coach, Troy Hudson led North Miami Middle/High School near Denver, Ind., to its first IHSAA baseball sectional championship. The Warriors raised the 2019 trophy at the Class 1A Caston Sectional.

For the first time in school history, North Miami won an IHSAA baseball sectional title. The 2019 Warriors won the Class 1A Caston Sectional. 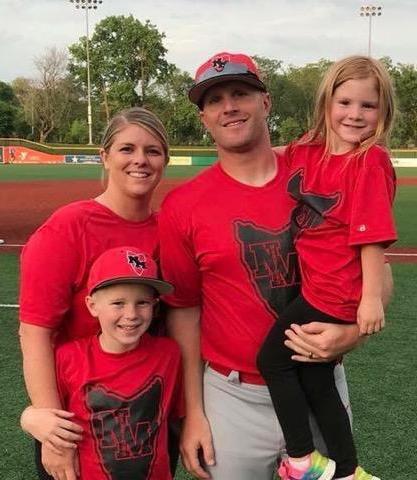