Only four men have held the title of head baseball coach at Bishop Luers High School in Fort Wayne, Ind.

Entering his third season in charge of the Knights in 2020, Jeff Stanski is part of a legacy that started with his father, Ron Stanski, and also includes Larry Gerardo and Gary Rogers.

Ron Stanski played at Saint Joseph’s College in Rensselaer, Ind., and got the baseball program at Fort Wayne Central Catholic running smoothly and won a sectional title in 1970.

When CC closed and Luers opened, the elder Stanski was there to get the program started in 1973. He went on to serve as a baseball and football coach at Harding High School in Fort Wayne and was athletic director at Luers before retirement.

“They were into fundamentals, playing the right way and working hard,” says Jeff Stanski of his head coach predecessors.

Now in his mid-70s, Ron Stanski is part of son Jeff’s coaching staff.

“He is a great resource to fall back on,” says Jeff Stanski, who played baseball for Luers and graduated in 1992, got a degree from DePauw University in Greencastle, Ind. in 1996, and is now teachers U.S. History, Economics and Leadership at his high school alma mater.

“I have a great staff around me,” says Stanski.

Luers plays its home games on the turf at the World Baseball Academy.

“They treat us great out there,” says Stanski. “And I know how much time most coaches have to spend keeping the grounds up.

“I know coaches that every Sunday mow their baseball field. It’s a big time commitment.”

The Knights are part of an IHSAA Class 3A sectional grouping with Angola, Dwenger, Concordia, Garrett, Leo and New Haven. Luers has won seven sectional crowns — the last in 2012. Luers reigned as 2008 Class 2A state champions.

While they have not made any college commitments, Stanski says seniors Nick Birkmeier and Carter Pickard and junior Lukas North have drawn interest.

Luers is fed by several Catholic grade schools. Stanski says that while the school is diverse, many did come from one of those feeder schools.

Eric McGaha wants a team that will keep moving on the baseball field will act right on it and off.

“We put a lot of guys in motion,” McGaha, who has been the head coach at Mooresville High School in Morgan County every year but two since 2002. “We’ve got more than 100 stolen bases. Our steal steal percentage a little over 90 percent.”

McGaha grew up a fan of the Cincinnati Reds, but he really enjoyed seeing speed on display with the St. Louis Cardinals of Vince Coleman, Willie McGee, Lonnie Smith and Ozzie Smith.

“I want my team to be athletic and run,” says McGaha. “That’s the first thing we do.

“I can’t watch Major League Baseball now. It’s either an extra-base hit or a strikeout. It boggles my mind. What about drag bunting, push bunting or fake bunt and slash?”

McGaha will look at a player’s batting average, but he’s really concerned with things like on-base percentage and hitting the ball hard.

“We use a Quality At-Bat chart and that’s the deciding factor on how we evaluate players from an offensive standpoint,” says McGaha. “We reward a ’sting’ hit or a ‘sting’ out.”

A player with a QAB rating of 2 is average, 3 above average and 4 outstanding.

“We have several players above 4,” says McGaha. “Off the field, it’s about being the best human being and teammate you can be. We’re here to mold young men into adults. They have be able to handle failure and success with grace and dignity.

“You want to surround yourself with kids are willing to work hard and pay the price. They buy into what you’re selling 100 percent. Those are the kids you want.”

McGaha’s Pioneers went into the week at 15-8 overall and 6-4 in the super-competitive Mid-State Conference. Whiteland and Mooresville were 1-2 in the standings in a league that also features Decatur Central, Franklin Community, Greenwood, Martinsville and Plainfield.

“There’s no break in our schedule,” says McGaha. “All the teams we play are really respectable.

“We try to play as many quality teams as we can and try to prepare for the sectional.”

McGaha’s coaching staff features Kyle Davis (who played for McGaha), Joe Coughlan and David Rose (brother of Pete Rose) with the varsity, Toby Hennessy with the junior varsity and Dylan Johnson with the freshmen.

“It starts with good people,” says McGaha. “You surround yourself with good people that are pointed in the same direction. Those coaches are the voices of you. Make sure they’re following your philosophy.”

The program is fed by various travel programs plus the Mooresville Junior Baseball League, which serviced more than 500 kids in 2017.

With multiple teams and no room to expand, the school board voted to turf the entire baseball and softball fields at Mooresville. This spring marks the second season.

“I’d been asking for about a half dozen years,” says McGaha of his request to the school board. “They were very gracious.

“We are blessed and fortunate to have such a nice facility and we don’t every take it for granted.”

By using rakes and a LitterKat Synthetic Turf Sweeper, the team hopes to retain the life and longevity of the field.

In addition, metal spikes, sunflower seeds and chewing gum are all forbidden.

McGaha says the most expense in a turf field comes not from the turf but the drainage system.

“When it rains at our place, within 10 minutes it’s dry and you’re ready to go,” says McGaha.

The coach wants all his players ready to go and that includes seniors.

McGaha says only people who have coached a high school sport in the spring — like baseball — knows the challenges that accompany it.

Besides the diamond, players heads are filled with thoughts of spring break, prom, graduation, open houses and summer jobs. Many times, sectional games are played with players who are already out of the school building.

“Are they with you or have they mentally already checked out?,” says McGaha. “Unless you’ve experienced that you have no idea what it’s like. There are all these balls in the air and it’s a distraction.

“We try to play our best baseball at the end of the year. There have been years we haven’t done that. How committed are your seniors? We always say we have to have guys with two feet in. When a baseball player has senioritis it can kill the chemistry of a ball club.”

McGaha, who now teaches physical education at Northwood Elementary in Mooresville in addition to his coaching duties, is a 1991 graduate of Warren Central High School in Indianapolis, where he played for Indiana Baseball Coaches Association Hall of Famer Don Foreman.

“Besides my stepfather, he had the biggest impact on my life,” says McGaha of the man who played at Indiana University for IHSBCA and Indiana Basketball Hall of Famer Ernie Andres and then led the Warren Central program for 31 seasons.

“I knew I wanted to coach,” says McGaha, who was a relief pitcher who got a chance to lead and be a role model for coach Larry Blake. He earned his degree and began teaching and coaching in Mooresville around 2000.

When Brody was very young, Jan went through a bout with cancer. She had her thyroid removed and went through radiation treatment.

“Thank the good Lord,” says Eric. “She’s been cancer free — knock on wood — for quite awhile.” 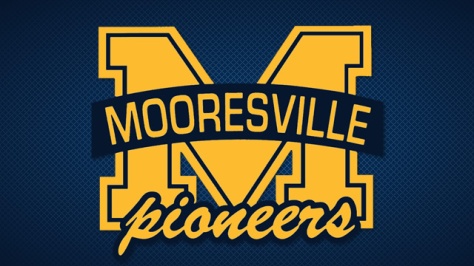 Eric McGaha and wife Jan gather with their children (from left) Brenna, Brody and Hanna. Eric is the head baseball coach at Mooresville High School.