It’s been an exciting year so far for Tyler Beck.

“There were ups and downs during the season, but I was really enjoying baseball with my teammates,” says Beck, 23. “I had a decent year and that made it all the better.”

Urso insists that his players are intensely devoted to baseball.

“You have to have a fire for the game,” says Beck. “If you don’t have a big burning passion this game, it will eat you alive.

“It’s different than any other sport. It’s game of inches. Every single thing does count.”

Beck credits Militello with helping him break down hitters’ swings and throw the right pitches in the right situations.

“He’s one of the best coaches I’ve ever had when it comes to pitch calling,” says Beck of Militello, who helped him develop his four-seam fastball, “spike” curveball, two-planed slider (there is some vertical break to it) and “circle” change-up (it moves like a split-fingered fastball but drops straight down).

In May, Beck graduated from Tampa in Human Performance with an Exercise Physiology concentration. This off-season, he is training athletes from age 8 to adult as a strength and conditioning coach at Strong Eight in St. Petersburg, Fla.

Beck has been working out himself since seventh grade and has done much research into training and gone through plenty of trial and error.

“My best quality as an athlete is my ability to want to get better,” says Beck. “I want to be that person I wish I had as a (strength and conditioning) mentor in high school.

“I want to be someone younger athlete can rely on. I want to guide them.”

While he’s doing that, he will also do his own conditioning in preparation for 2020 spring training. He was selected in the 30th round of the 2019 Major League Baseball First-Year Player Draft by the Minnesota Twins and pitched in a combined 18 games (all in relief) with the Fort Myers (Fla.) Miracle, Gulf Coast League Twins and Elizabethton (Tenn.) Twins. He went 1-2 with one save, an 3.07 ERA, 43 strikeouts and 10 walks in 29 1/3 innings.

He was part of the St. Joseph team that won the IHSAA Class 3A Plymouth Sectional in 2013 and graduated in 2014.

“It was a great time all the time,” said Beck of his experience playing for head coach John Gumpf and the Indians. “We had really good team chemistry.”

Beck won four baseball letters at St. Joe. He was a three-time all-Northern Indiana Conference honoree, earning first-team selection as a senior while hitting .422 and making the Indiana High School Baseball Coaches Association North/South All-Star Series as a shortstop. He hit .416 and was second-team all-NIC as a junior.

At the time, Steve Winterling was Bobcats head coach and Lyndon Coleman was an assistant.

“You’ve got to take ownership.”

Tyler is the son of Terry Beck and Mike and Susan Battles of South Bend. Has two older siblings — half-brother Jeff Beck in Toledo, Ohio, and stepbrother Trevor Battles in Charleston, S.C. 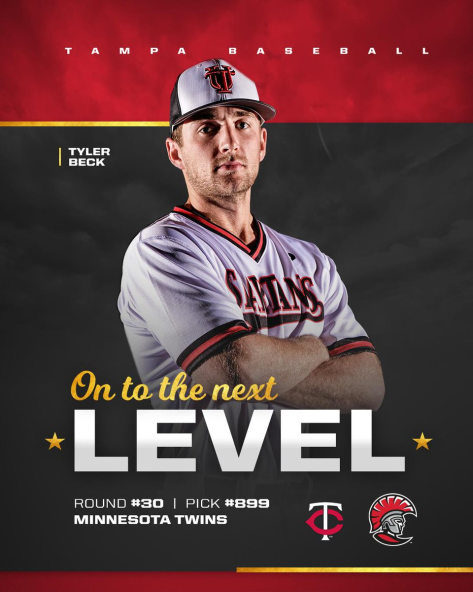 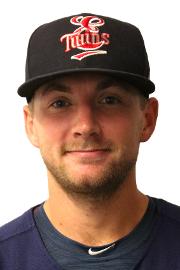