“We’re looking to educate our coaches so they can, in turn, educate their principals and athletic directors,” says IHSBCA executive director Brian Abbott. “We are working with the IHSAA and IIAAA on these proposals. We want it to be a collective effort and work within the confines of the process.”

The IHSBCA has submitted a proposal that would allow throwing under the supervision of a high school coach in preparation for the upcoming season. This is in addition to two hours, two days a week allowed during certain periods under the limited contact rules.

“Arm care is a part of conditioning,” says Abbott. “The only way to condition your arm to throw is to throw.”

Noting that an engine has to warm up to function in cold weather, the arm needs time to be ready for the demands of the baseball season.

“Bad things happen when you try to go too quick,” says Abbott. “We have to have a progression.  “We’re fine with the limited contact. We just need to opportunity for our players, especially pitchers and catchers, to throw.”

The IHSBCA proposal has been submitted twice — last time on July 25, 2018 by a principal and it was requested it be considered an emergency by-law. It is Abbott’s understanding that emergency by-laws can be submitted for consideration at any time outside of the team sports proposal timeline/process.

The IHSBCA would like to amend the current rule 15-2.4 (Conditioning Program) to include the following wording:

“During the School Year Out-of-Season, a student who participates in the Team Sport of baseball may participate in an arm care/throwing program that begins on M-WK 30 and continues to the official start of practice (M-WK 37). This program will involve, but not be limited to: bullpens w/ a catcher; maintenance work (bands, med. balls, etc.); partner grip work; long toss; velocity training; and general throwing mechanics.”

Abbott offers the rationale for the amendment.

“We feel that many of the arm care/throwing programs need to be under the supervision of coaches as they are the ones with the knowledge of the material and the ones with access to the school facilities,” says Abbott. “This allows multi-sport athletes to condition their arm while playing another sport (i.e. a pitcher who is playing basketball) and allows flexibility to schedule the times to do that.”

The IHSBCA sees the arm care / throwing program as best suited for conditioning and not the “2-hour” activities.

“They made need to be performed several times a week in different phases and don’t need the time blocks granted under the Limited Contact Program.” says Abbott. “In addition, this allows the high school coach to stay relevant with his athletes and keeps the athlete from paying additional dollars to get advice, promises and techniques that may not be sound.

“Arm care is a process that involves awareness, rest, and specific throwing guidelines/programs to follow in order to facilitate the safety of our young players,” says Abbott. “While most authorities on the matter realize the issue may occur at a younger age than high school, we recognize it is still our responsibility as an association to train our coaches and do all we can when an athlete is in our care.

“If we don’t do this ‘in-house’ then some outside ‘expert’ will be implementing a program that could be detrimental to our athletes.”

In a related matter, the IIAAA sent a survey to IHSAA member schools in the fall 2017 about the reduction in the number of contests for baseball and softball.

Abbott and Kissinger devised a survey for IHSBCA members to see if the baseball coaches were interested in a games reduction. 77 percent of the schools (248 total) responded that they were not interested in reducing the number of games.

An additional part of the survey was to assess if the new pitch count rules in 2018 caused schools to reduce games.

As a part of the games survey, coaches also shared their general thoughts on issues that surround high school baseball.

The following points were shared multiple times by the IHSBCA member coaches:

• Schools and athletic directors that want to reduce games can currently do so on a school by school basis. There is no need to mandate a games reduction when the flexibility already exists to do so.

• If schools are concerned about student-athletes playing too many games on school nights/being out too late, then the IHSBCA can encourage schools to play mid-week games closer to home and schedule more games on Fridays and Saturdays. These dates are currently being underutilized.

• In response to the IIAAA comment about ‘stress on pitching’, the IHSBCA mentioned that our Arm Care proposal would help alleviate that concern.  In terms of the IIAAA concern about limited practice time, the IHSBCA has suggested an additional week be added to the length of the season for practice and game dates.

• Several coaches would like to see our game more respected. Indiana produces great high school players and we have coaches who do an outstanding job teaching the sport. If the IHSAA wants our coaches to coach, then we need policies that support our coaches having contact with the players (both skill-based and conditioning wise). More contact with the high school coach means less involvement with all of the travel organizations in the off-season.

• Coaches believe we should play more games to promote our sport. An extra week at the end of the season would allow more opportunities to play games and reward the hard work our coaches and players put in to preparing for the season.

• It is time for our sectional tournament to be spread over a 7-10 day time period to promote arm care, accommodate pitch count, and allow for the best quality of play. While this is not a well-received idea, it is the right thing to do with graduations, travel, and for promoting our sport.

In closing, Abbott mentioned that, “the IHSBCA favors policies that promote the needs of each individual sport. We fully support the IHSAA guidelines, but also realize each sport may have specific needs independent of those guidelines. Arm Care fits into that category for baseball and that is why we are promoting that concept.” 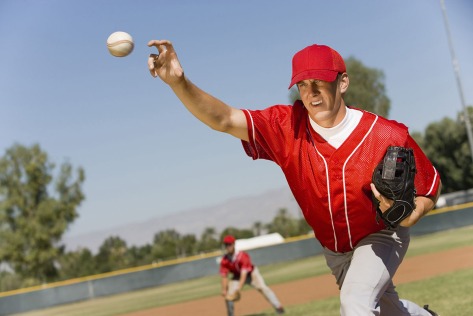