Coaching baseball at the levels he has for decades has been rewarding for Dave Goodmiller.

“I like high school and college so much because you see kids who get physically stronger and mature,” says Goodmiller. “It’s a time of growth — physically, mentally and skill-wise.”

“I really like developing the kids. That’s why I’ve enjoyed my time as an assistant coach. I like seeing kids get better.”

“He was probably 140 pounds as a freshman,” says Goodmiller of Parker, who graduated from Norwell in 2007. “By the time he was a senior, he was 180 pounds and a really good athlete.”

Retired after 35 years of teaching (he last taught sixth grade at Riverview Middle School in Huntington), Goodmiller now works part-time as a maintenance man at Canterbury School in Fort Wayne and has been conducting limited contact practices two times a week for two hours after school at Norwell.

“I’ve changed things a little bit,” says Goodmiller of putting in his own system. “The kids have been very receptive.

“I give the kids a daily plan and they know what to expect at various times.”

Goodmiller likes the opportunity to have more access to players, noting that about 10 to 12 attended fall sessions and there were 23 at Wednesday’s workout.

“That’s been beneficial as a new head coach,” says Goodmiller. “The kids have worked very hard.”

Goodmiller’s Norwell staff features former Norwell and Butler University pitcher Jamie Feldheiser on the varsity with Neil Stinson leading the junior varsity. A search is on for another JV coach.

Norwell (enrollment around 815) is a member of the Northeast Eight Conference (with Bellmont, Columbia City, DeKalb, East Noble, Huntington North, Leo and New Haven). Each team plays each other once to determine the conference champion.

The Knights have produced several college and professional players. Josh VanMeter, a 2013 graduate, was recently invited to major league spring training camp with the Cincinnati Reds.

Dave and Cheryl (a retired teacher and guidance counselor who worked at Huntington North as well as Crestview and Riverview middle schools) Goodmiller have a son, Rhett Goodmiller,  who graduated  from Norwell in 2008 and played at Central Michigan University and Taylor University. He coached at Ball State University and other places and now works for Grand Park, Bullpen Tournaments and Prep Baseball Report Indiana.

The summer of 2008 saw son Rhett as a player and father Dave as a coach in the Indiana High School Baseball Coaches Association North/South All-Star Series.

Garrison Brege, a current Norwell senior, has signed with the Indiana University-Kokomo.

Why the Norwell success?

“It comes from the parents and community,” says Goodmiller. “They’re very supportive. We have good kids who are competitive. They work hard and are coachable.

“There are good feeder programs and kids are involved in a a lot of sports. They get along and work together. I feel like I’ve developed a lot of friends with the players and parents along the way.”

Prior to Norwell, Goodmiller was an assistant to Kyle Gould at Taylor University.

“He is innovative,” says Goodmiller of Gould. “He also brought in local coaches with a wealth of knowledge like Rick Atkinson (an IHSBCA Hall of Famer) and Larry Winterholter. “He lives the values of Taylor University. He has built good relationships with his players. He challenges them.

“He’s very detailed with scouting reports and knowing the opponents. He has ready for each series. He had a good grasp on the entire roster. He is well-rounded in all phases of the game.”

“He’s just a tireless worker and recruiter,” says Goodmiller of Frame. “He’s a loyal friend. I enjoyed working with him.

“He was very fair and dedicated to his program and the school. He’s a good Christian man.”

Goodmiller spent a decade as an assistant at Huntington North High School — the first five as junior varsity coach and the last five as varsity assistant and all on the staff of IHSBCA Hall of Famer Don Sherman.

“He had enthusiasm for the game and the kids,” says Goodmiller of Sherman. “Those first five years, we practiced separately once we got outside. “I was learning on the fly as a new coach. It was good for my individual experience.”

“I went to college to be an elementary teacher,” says Goodmiller. “I had not given any thought to being a baseball coach.”

He loved the game. He played a decade or more in Fort Wayne’s Stan Musial League after college.

After he was asked to give coaching a try, the son of two educators (the late Leon Goodmiller was a high school math teacher, coach and athletic director who started at Lancaster High School and finished at Huntington North while the late Marvel Goodmiller taught kindergarten and first grade at Northwest Elementary in Huntington) was hooked.

For several summers in the 1990’s, Goodmiller coached with IHSBCA Hall of Famer Colin Lister and the Dox in the Fort Wayne-based Connie Mack League. He had played for Lister’s Fort Wayne Komets while in high school at Huntington North.

Goodmiller graduated from Huntington North in 1977 and Huntington College (now Huntington University) in 1981.

His coach with the Huntington North Vikings was Roger Howe.

“I really enjoy him,” says Goodmiller of Howe. “He was demanding but fair to everybody. He taught the game well.”

Goodmiller pitched 38 consecutive scoreless innings during the 1977 season and was an IHSBCA All-Star.

As a Huntington Forester, he was guided by Jim Wilson.

“He was very organized and a good people person,” says Goodmiller of Wilson. “He really built a solid program.” 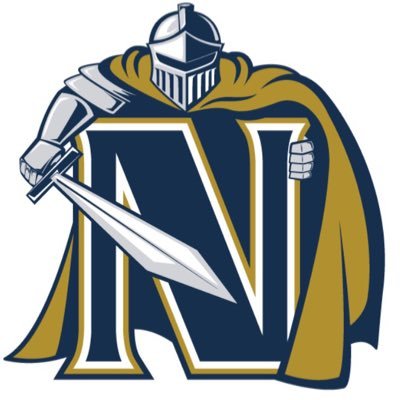 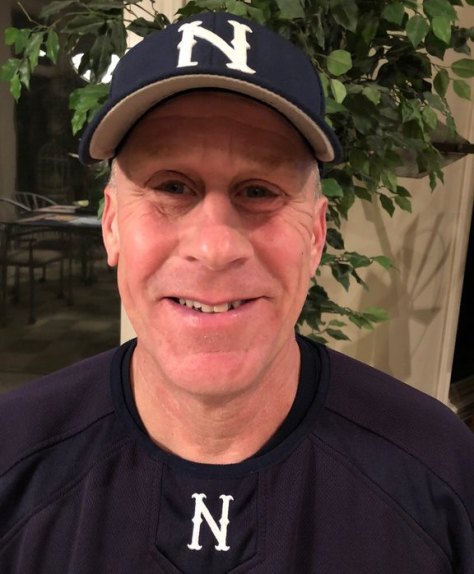 Dave Goodmiller is the head baseball coach at Norwell High School in Ossian, Ind. The 2019 season is his first in the post after 11 seasons as a Knights assistant. He has coached at Huntington North High School, Huntington University, Taylor University and with Dox of Fort Wayne’s Connie Mack League.