Nate Glant’s personal and baseball odyssey has taken him far and wide.

After his playing career, Glant was a commercial fisherman and a rancher and spent time in Alaska, Wyoming and Oklahoma.

Drawn back to baseball, Glant became a coach. He owned and operated Trident Baseball Academy in Ardmore, Okla.

He served as pitching coach at Dawson Community College in Glendive, Mont. Catcher Reynoso Pichardo, who is now in the Texas Rangers system, was at Dawson when Glant was there.

The 2018 and 2019 seasons saw him work as pitching coach/recruiting coordinator at Lincoln Trail College in Robinson, Ill. Before he shined at the university of Michigan and was drafted by the Houston Astros, outfielder Jordan Brewer played at Lincoln Trail.

The 2020 season marks his first as head coach at Muskegon CC. The Jayhawks are NJCAA Region XII members and in the Michigan Community College Athletic Association Western Conference.

Gaskill played for Dave Fireoved then two years for Tim Gaskill (with assistants Adam Swinford and Timon Pruitt) as a Wayne General.

“(Coach Gaskill) is one of my biggest influences,” says Glant. “His practices were individualized and focused on results. He was ahead of his time. He showed that each player is different. It was not a cookie cutter system.

“You also don’t have to do fire and brimstone to get results.”

“Coach Pohlman taught me a ton about doing things the right way,” says Glant. “We would work work on mental side of things. You don’t worry about things you can’t control.”

Aurora coach Shaun Neitzel took a combination of players from differing background — junior college transfers and NCAA Division I kick-backs — and got them to jell.

“They would buy into the culture pretty quickly to have success,” says Glant. “It was knowing the recipe to cook things up.”

Glant learned the think outside the box in Montana.

“Weather changes tremendously,” says Glant. “You had to make sure guys were still doing something to get better. It was quality over quantity.”

He cites Marc Rardin at Iowa Western College for showing the way to success in a cold weather state.

“It’s more of a mindset and practice planning and having your guys doing something productive,” says Glant. “Midwest teams must have a little more of a chip on their shoulder and a blue collar work ethic.”

“It’s the toughest Division I JUCO conference in the Midwest,” says Glant, who sent Lincoln Trail against Wabash Valley, John A. Logan, Olney Central, Rend Lake, Kakaskia, Southwestern Illinois, Southeastern Illinois, Shawnee and Lake Land. “We would shake the trees and find the diamond in the rough.

“With the pitching staff, Coach Bowers let me sink or swim,” says Glant. “Fortunately, we had success. It set me up for where I am now, being a head coach.”

At Muskegon, Glant is a one-man band.

“We do not a big recruiting budget,” says Glant. “It’s good to have friends int he coaching industry and to bounce ideas off of them.

One resource for Nate is older brother Dustin Glant, who was pitching coach at Ball State University before taking a job in the New York Yankees organization after the 2019 season.

“Having Dustin as a brother is nice,” says Nate. “I can pick his brain and thoughts on things. He had a heck of a year at Ball State (the Cardinals went 38-19 and Drey Jameson was selected in the first round of the Major League Baseball First-Year Player Draft by the Arizona Diamondbacks).”

“I want that eye test,” says Glant. “I can see the intangibles and how they interact with teammates.

Most players come from Michigan and many hails from the Grand Rapids and Traverse City areas.

“To me, it’s all about a fit,” says Glant. “I don’t like people writing off divisions because of the perception.”

He likes to have recruits work out for him and learn what makes them tick.

Going to a junior college allows a player to grow athletically and academically.

While the NCAA has to abide by care hours, junior college players can work on their craft throughout the school year. They can play 20 games in the fall and 56 in the spring.

All his outposts have led Glant to be the coach he is.

“I’ve kind of been all over the place,” says Glant. “Getting into the coaching game so late has shaped my perception of connecting with a person regardless of age and working at a common goal.

Glant currently has 14 pitchers on his roster and would like to have 16 or 17 since he will take his arms into MCCAA doubleheaders on Fridays and Saturdays and mid-week non-conference games.

He is focused on arm care and keeping his hurlers healthy so they can go on to pitch at four-year schools and, perhaps, beyond.

Glant says he wants his players to understand the “why.”

“We want to execute,” says Glant. “Do not give an at-bat away. Control the running game. You’re trying to win games and get better. Throwing strikes and getting guys out is the name of the game

“How you do that shouldn’t matter.”

But it’s not all about the game for Glant.

“I want to mold these kids to be a good husbands, fathers, people down the road,” says Glant. “I want them be respectful and say ‘yes sir’ and ‘no mam’ and be productive members of society.”

It’s like the late University of Louisana-Lafayette head baseball coach Tony Robichaux often said: “Baseball is what they do. It’s not who they are.” 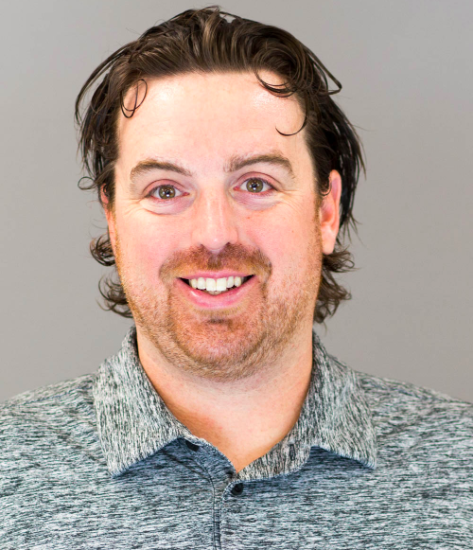 Nate Glant began his college baseball career at Muskegon (Mich.) Community College and he is now heading into his first season as the Jayhawks head coach.