For the third straight game, Ryan Thurston took the mound for the Gary (Ind.) SouthShore RailCats and for the second time, he nailed down a victory.

The left-hander pitched in his 24th contest for the independent professional baseball team Tuesday, July 30 and set down the Winnipeg Goldeyes in the ninth inning at U.S. Steel Yard.

During his scoreless frame, Thurston yielded a single and ended it with a caught-looking strikeout in helping the RailCats to a 2019 season-high tying fourth straight win.

On Monday in Franklin, Wis., Thurston picked up his first pro save by recording the final two outs with no hits and two walks in a triumph against the Milwaukee Milkmen.

The Sunday game saw Thurston pitch an inning and give up two runs and three hits as visiting Gary topped Milwaukee.

These are situations that Thurston lives for. He’s been drawn to them since he was a kid playing baseball and basketball in southern Indiana.

“I love to compete,” says Thurston. “I may not have the best stuff.”

Thurston has two kinds of fastballs — a four-seamer and two-seamer — plus a change-up, curveball and slider.

“I’ve tried to develop more as I’ve gotten older. You have to have fastball command. You’ve got to be ready everyday. You need to throw every pitch in every count.

“If it’s 2-0 and it’s their best hitter, you may not still throw fastball. It might be a change-up or curveball away. It’s more of a thinking game.

“I have the same fastball and same slider I had in college, I just think a little more. I adapt a little more as the game goes on.”

“You’ve got to keep a level head,” says Ryan. “Baseball’s a game of failure and you have to deal with failure.

Ryan Thurston played his earliest organized baseball at the youth league in Madison and then travel baseball with the Greenfield-based Indiana Bandits, coached by Jeff Montgomery. In his 16U and 17U summers, he played for the Cincy Flames.

“He pitched in the big leagues (with the 1987 and 1988 Chicago White Sox),” says Thurston of Pawlowski. “He really knew his stuff.

“He taught me a lot about different pitches and when to throw them and being the the best I can be.”

Thurston graduated from Madison Consolidated in 2014 and Western Kentucky in 2017 with a graduate school year at WKU in 2018 (he played for the Hilltoppers in parts of five seasons and earned a financial management degree).

At Madison, he won four baseball letters at Madison, earning all-state honorable mention as a senior. He was all-conference and team MVP three times. He also garnered three letters in basketball.

As a senior, the lefty pitched a career-high 80 2/3 innings while allowing a career-low 15 extra-base hits. He finished the season with a 4.24 ERA, although that mark stood at 3.08 prior to his final two starts. He was the only pitcher in Conference USA to secure wins over both Southern Miss and Louisiana Tech.

Thurston signed as a free agent with the Toronto Blue Jays organization and pitched in 13 games (nine in relief) in 2018 before being released.

The 24-year-old southpaw signed with the American Association’s Chicago Dogs and pitched two games with that franchise before Gary claimed him off waivers. 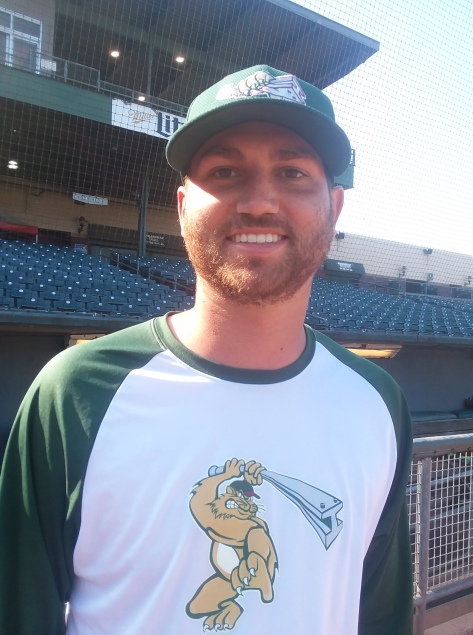 Ryan Thurston, a 2013 Madison (Ind.) Consolidated High School graduate who pitched at Western Kentucky University from 2014-18 and holds a financial management degree from that school, is now a relief pitcher for the independent Gary (Ind.) SouthShore RailCats. (Steve Krah Photo)

Coaches and athletes talk all the time about overcoming failure — sometimes referred to as adversity.

Dan Thurston has been studying these concepts for years and how to achieve mental toughness. He is now sharing his knowledge with the baseball community.

In addition to being the police chief in Madison, he is a pitching instructor and son Ryan is the No. 1 starter in the rotation at Western Kentucky University.

Thurston talks about the genesis of his mental toughness training program, which is designed to help players of all ages and abilities.

“Coaches have always known when we have a mentally-tough kid and a mentally-weak kid,” says Thurston. “They struggle getting weak kid off his island. A lot of people were in my corner saying it should be able to be taught.

“That’s what drove my passion.”

Thurston learned that some people are naturally strong and can overcome adversity and setbacks. He wanted to help people who struggle.

Knowing that high school baseball coaches are occupied with skill development and strategy and had little or no time to devote to the mental game, that’s where Thurston found his niche.

Thurston began taking clients in January. While he does most of his work one-on-one with individuals, he does mental toughness training with a few high school teams, including East Central and Silver Creek.

He starts each athlete off with an initial assessment.

“To get to Point B, we have to know where we are now at Point A,” says Thurston.

With Thurston’s assistance, players explore their fear of failure or lack of confidence and why they are putting internal pressure on themselves and develop a plan of action.

“I’m not going to teach you how not to fail,” says Thurston. “They’re still going to make an error, strike out and get thrown out on bases. It’s about teaching them to overcome that quickly and move on to the next pitch or play.

“Baseball is the closest sport out there that replicates life itself. Not every day is going to be our best. It will also carry on through life.”

Like stones in the passway of life, mental obstacles can block the ballplayer’s desired result.

“The word I use with my players is interference,” says Thurston. “The equation is P = P — I (Performance equals Potential minus Interference).”

If not dealt with, this interference will keep players from reaching their ultimate potential.

Thurston says he is driven by a goal of daily improvement.

“I want to be a better coach today than I was yesterday,” says Thurston. “I’m always trying to learn something. There’s not one technique that I use on players that I don’t use on myself.

“If I’m facing a stressful situation myself, I use the techniques I use with my clients. I have the potential to leave a great mark on the game and help a lot of kids, but it’s helped me as well.”

When teaching the mechanics of pitching, Thurston wants his players to feel the movement then blend it into their delivery.

“The key is being able to put it all back together so it becomes a natural movement pattern for that kid,” says Thurston. “The blending competent is key. It’s the same thing with the mental game. You feel like you have no confidence. In your subconscious mind, you are afraid to fail. Your mind now effects how your body performs.”

Thurston says it is the subconscious mind which controls the body.

“We try to change the programming that’s gone on there for several years,” says Thurston. “We then have to put it all back together again.”

Pitchers at Long Toss Indiana begin with a physical analysis, video analysis and go through a boot camp to help them “build a bigger motor” and add “speed, strength, flexibility, mobility and power to key areas of the body to increase velocity and strength in the pitcher to make him more powerful and athletic.”

As the pitcher’s body develops, LTI “will tweak the program as necessary.”

Then comes the mental training, which is modeled after the program developed by Alan Jaeger. 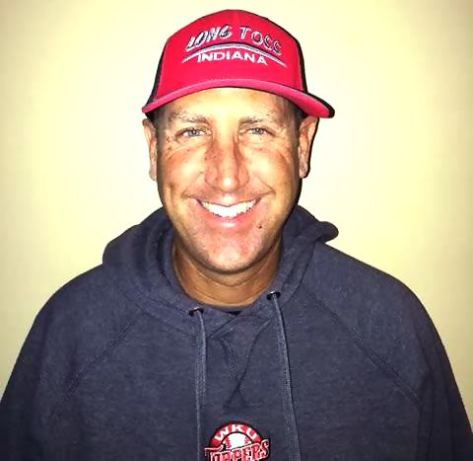 Dan Thurston is the president and general manager at Long Toss Indiana, LLC and Indiana Rawlings Tigers, LLC. He is the former head baseball coach at Madison Consolidated High School.