Nearly 40 years after graduating and more than 25 after first serving as an assistant coach, North Judson (Ind.)-San Pierre Junior/Senior High School alum Rabion Frasure has been selected to lead the baseball program at his alma mater.
“I’m looking at creating a baseball culture at North Judson the best we can,” says Frasure, a 1983 graduate. “We want to get the young kids interested in playing baseball like they do basketball and football.”
The school’s football team is 21-6 over the past two seasons which both ended at the IHSAA Class 1A semistate level. The boys basketball team went 21-6 and won a sectional crown in 2021-22.
In baseball, the Ron Benakovich-coached Bluejays were 15-8 overall and 11-4 in the Hoosier North Athletic Conference in 2022.
North Judson (enrollment around 350) is in the HNAC with Caston, Culver Community, Knox, LaVille, Pioneer, Triton and Winamac. Conference foes meet each other twice — either in a weekday home-and-home series or Saturday doubleheader.
The Bluejays are part of an IHSAA Class 2A sectional grouping in 2023 with Hebron, South Central (Union Mills), Wheeler and Winamac. North Judson has won eight sectional titles — the last in 2006.
Frasure played baseball and basketball for four years each at North Judson. Fred Perry (1980), Bud Childers (1981 and 1982) and Dave McCollough (1983) were his head coaches on the diamond and Perry (first two years) and Dave Carrington (last two years with McCollough as an assistant) led the way on the hardwood.
As a coach, Frasure first helped Ted White for about eight years beginning in 1996 (Rabion’s brother Paul was a senior player in ’96) and assisted off and on, including the past few years with Benakovich.
Last April, Frasure retired from 24 years at Urschel Laboratories in Chesterton, Ind., at 57. His last job with the company world-renown for food cutting technology was a a heat treat supervisor.
“I always wanted to be a head coach, but it wasn’t possible,” says Frasure. “Now I have the time.”
Paul Frasure is one of Rabion’s Bluejays assistant coaches along with Patrick Allen, Perry Thompson and Alvin Harper.
North Judson plays home games on-campus on a field that was upgraded five or so years ago with a new playing surface, dugouts and backstop.
Frasure was hired in time to oversee two weeks of IHSAA Limited Contact Period activity (two hours for two days a week) in the fall and looks forward to the next period (Dec. 5-Feb. 4).
There were as many as six athletes in the fall with many others in football or other fall sports. Some won’t be able to attend in the winter because of basketball.
“You need to play more than one sport,” says Frasure.
Rabion and Ruby Frasure were married in March 1990. Andrew Frasure — their oldest of four children — competed in football, basketball and baseball at North Judson.
As a senior in 2011, Andrew played on a team with his father as an assistant and was selected for the Indiana High School Baseball Coaches Association North/South All-Star Series. He was also on the Ryan Bales-coached basketball team that went 20-2 and won a sectional title in 2010-11. Andrew is now dentist in Knox, Ind.
Jordann Frasure (North Judson Class of 2013), Liliann Frasure (Class of 2021) and Sophia Frasure (Class of 2023) all played volleyball, basketball and tennis for the Bluejays.
After scoring 989 points on the court a nursing degree from Valparaiso University came Jordann’s way.
Lillian — aka Lilli — was part of North Judson girls basketball teams that went 43-18 — making her the winningest player in program history. She scored 2,234 points and led the Bluejays to a Class 2A regional title in 2020-21 and was part of a Class 2A state volleyball championship in 2018-19. She is now a sophomore on the NAIA No. 4-ranked Indiana Wesleyan University women’s basketball team.
Sophia was averaging 18.8 points through North Judson’s first five girls basketball games of 2022-23.

Bill Nixon is a member of the Indiana High School Baseball Coaches Association Hall of Fame.

But the former Pilgrims head coach who won 714 games at PHS from 1970-99 did not talk much about the sport with Benji Nixon when his grandson was a young boy.

“He told me to take care of my classes and grades,” says Benji Nixon. “He knew I had passion to be the best I could in baseball. He wanted to make sure everything else in my life was important to me.”

The young Nixon was a consistent honor-roll student through his elementary school years.

“We’d talk about my swing or how to get rid of the ball better (as a middle infielder),” says Benji. “It was a bunch of tips that helped me grow to be a successful player.”

Benji started at shortstop in every one of his team’s games and was good enough on the diamond to be receive honorable mention on the IHSBCA Class 4A all-state team.

He was also chosen for the North squad in the 2018 IHSBCA All-State Series, which is this weekend at Four Winds Field in South Bend (practices and banquet Friday, July 20, noon doubleheader Saturday, July 21, and noon wood-bat game Sunday, July 22).

“It’s a great way to cap everything off at Plymouth and my high school career,” says Benji, who plans to study business at Indiana University and is undecided about trying to walk on for the Hoosiers. “When I talked with my grandfather about it on the phone, it one of my better moments in 18 years on earth.”

Bill Nixon is planning to travel up from Florida to take part in the festivities.

“I had relationships with all my teachers,” says Benji. A couple that he maintains contact with are Curtis Nordmann, John Johnson and Scott Michel.

A three-sport athlete, Benji is grateful for his three head coaches — John Barron in football, Ryan Bales in basketball and Ryan Wolfe in baseball — for different reasons.

“Coach Barron wants us to be more than just a football player,” says Benji, a receiver, running back and defensive back on the gridiron. “He wants us to be be active students and (attend other extracurricular events).

“What I’m going to miss most (about football) is my teammates. We’ve created bonds we’ll have the rest of our lives I would hope.”

The 5-foot-10 Nixon played guard for the Pilgrims and credits his coach with helping him control his emotions.

“I was a hot head my freshman year,” says Benji. “Coach Bales did a nice job my last two years of highs school making sure I could stay calm during tough situations.

“I learned how to keep my cool.”

Wolfe encouraged his baseball players to be good students and good citizens, getting involved with the community.

“He’s all about giving back,” says Benji of Wolfe. “Life is about more than just sports.

“It’s about being there for other people.”

The team did volunteer work multiple times this past year.

Maggie Nixon  is the managing editor at The Post & Mail in Columbia City.

Benji describes his relationship with his parents.

“(My father) knew I was a lot like him,” says Benji. “He knew when I was frustrated. He let me handle my own problems, which helped me a lot as a person.

“My mom was my support system. She was always there for me. She encouraged me after bad games and kept me going.”

First pitch for doubleheader, noon. Admission is $5. Commemorative T-shirts will sell for $10 and $15 apiece depending on size.

First pitch for single wood-bat game, noon. Admission is $5. Commemorative T-shirts will sell for $10 and $15 apiece depending on size. 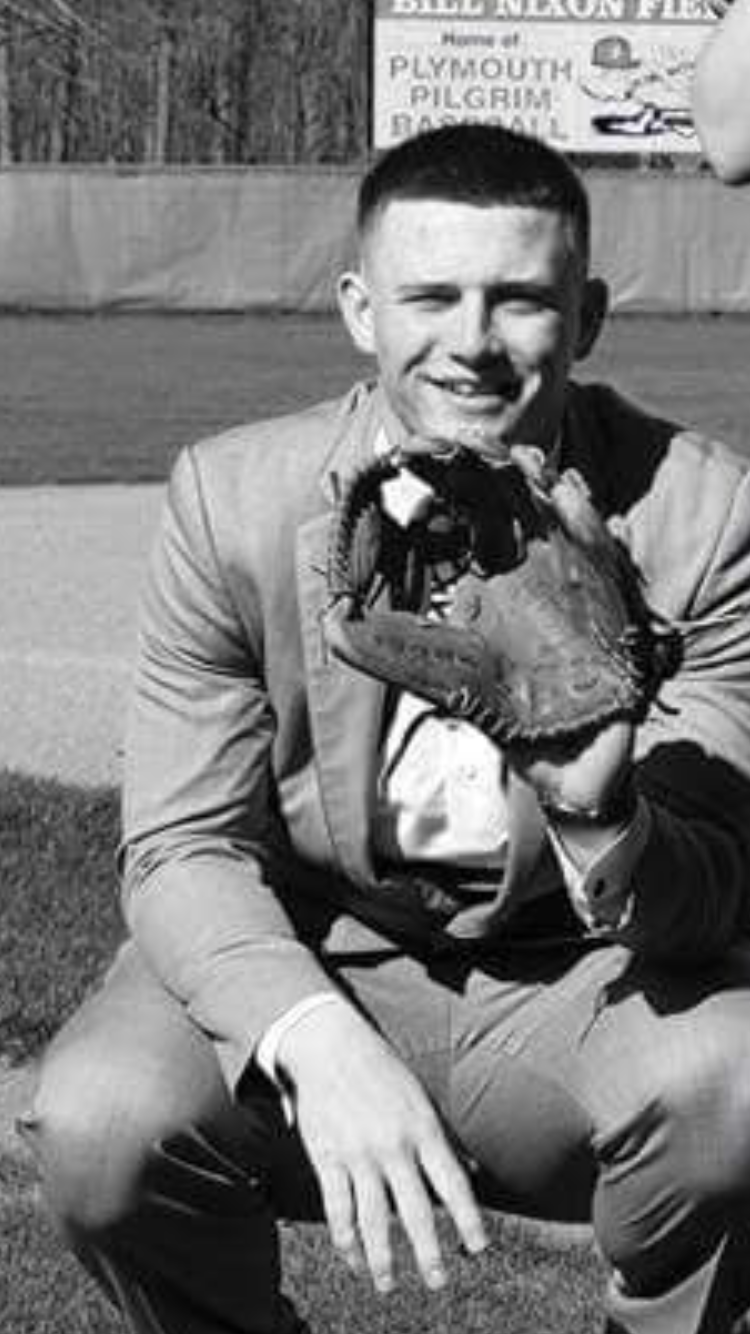