Murphy stayed loyal to his old school and his community, choosing to remain in Valparaiso — the city of his birth.

He attended Valpo schools and graduated from Valparaiso High School as senior class president in 1961.

Along the way, Murphy shined in football, basketball and baseball. He picked up plenty of baseball knowledge from nice man named Bob Rhoda — a coach he admired and, one day, would replace as the man in charge of the Vikings on the diamond.

His peers thought enough of Murphy’s career that he will be inducted into the Indiana High School Baseball Coaches Association Hall of Fame Class of 2018 at a dinner Saturday, Jan. 27 in Indianapolis. Other honorees will include Rich Andriole, Colin Lister, LaTroy Hawkins and Howard Kellman.

After his days as Valparaiso student, Murphy traveled less than 50 miles south for higher education, attending Saint Joseph’s College in Rensselaer and graduating in 1965 as a social studies major and English minor.

Where did he go from there?

Back to Valpo, of course.

Murphy took a teaching job at his alma mater that would last 37 years. He taught a few English classes in the early years then concentrated on social studies and helped generations know about U.S. Government and U.S. History.

Michael went on to attend the U.S. Naval Academy and become a Lt. Colonel in the U.S. Marines, leading a squadron of Stingrays at the Naval Air Station in Corpus Christi, Texas, while marrying and giving his folks two granddaughters. Tim earned a doctorate in cultural anthropology and moved out east.

Both Murphy boys gave their parents — married 45 years in 2017 — a reason to travel with Michael stationed for three years in Spain and Tim spending time in Brazil. In retirement, Pat enjoys walking with Nancy and sometimes gets her to accompany him on the golf course.

Back in Porter County, Indiana, their father was making a mark as a educator and a coach.

With Stokes in charge, Valpo won an IHSAA Class 3A state championship in 1975 — the first of three straight 3A title-takers from the Duneland Athletic Conference. Merrillville was state champions in 1976 and Portage reigned in 1977.

“It was up to the ball and go,” says Murphy of Valpo’s single-wing attack. “We wore teams down.”

Murph spent four seasons as a VHS baseball assistant to Rhoda then led the program for 28 more, retiring after the 1999 season.

“He was a very nice person, a very kind man,” says Murphy of Rhoda, who is also in the Indiana Football Hall of Fame. “He was very knowledgeable.”

Murphy went into the Valparaiso Athletics Hall of Fame in 2010 after leading his team to 483 victories, 13 sectional crowns and two DAC championships.

You had to play a hard-nosed brand of baseball to have any success.

“I had to play Schreib (at LaPorte) a minimum of three times (regular season and postseason) to get out of the regional,” says Murphy. “There were times four Duneland schools were in the regional.

“It was extremely competitive. You have to mean business. It’s not something you take lightly. In fact, you take it very seriously. In one week, I may play against three Halll of Famers.

“I’m honored to be considered one of them.”

Murphy’s philosophy: “Work hard, play smart, and most of all, have fun!”

“You can’t get things done unless you work hard,” says Murphy.

The catcher who blocks nasty pitch after nasty pitch is able to do so because of all the time he spent having balls whizzed at him in practice.

“Catchers are like (hockey) goalies, making 40 or 50 saves a game,” says Murphy. “You don’t get that unless you work hard at it.”

Staying with the catcher example, the man behind the mask must have the smarts to know the situation — the score, number of outs, position of runners and order of hitters coming up and what they had done the last time up.

“In baseball, there are more variables than most sports,” says Murphy. “Of course, I’m biased.”

Murphy says fun is an essential additive to this mix.

“Life’s too short not to have fun,” says Murphy. “Whether it’s coaching, teaching or your job,  it can be a real tough thing to do if you dread what you’re doing.”

A true-blue Chicago Cubs fan, Murphy notes that the 2016 World Series champions were a team that had fun while they were winning.

Murphy and his assistant coaches over the years taught young Vikings the game and then sent them into competition.

“You hope they perform the way you’ve told them, but kids are kids and sometimes it’s an adventure,” says Murphy. “You have to remember, these are 16-, 17- and 18-year-old kids.”

Biff Geiss was a Murphy assistant the longest. A successful player at DePauw University, he came to VHS to teach languages and helped Murphy impart many baseball lessons.

Current Valpo head baseball coach Todd Evans was a senior in Murphy’s last season in 1999. The former program leader likes what he sees.

“Todd has brought back things to the sport that are important,” says Murphy. “Things like punctuality, loyalty and accountability. Some of those things aren’t there any more in school or sports.”

Murphy recalls having two at least full teams playing summer games in June and July. That has been replaced by travel baseball when Valparaiso’s high school season ends.

“That’s not right,” says Murphy. “I’m pretty old school. But you have to have pretty deep pockets (for travel ball). Many kids who can’t do that. Some coaches are trophy hounds. I don’t know how much fundamental baseball is being taught and it takes away from the chemistry of the high school team the way it used to be.

“It was nice to see them playing Legion ball (for Valparaiso Post 94), too.” 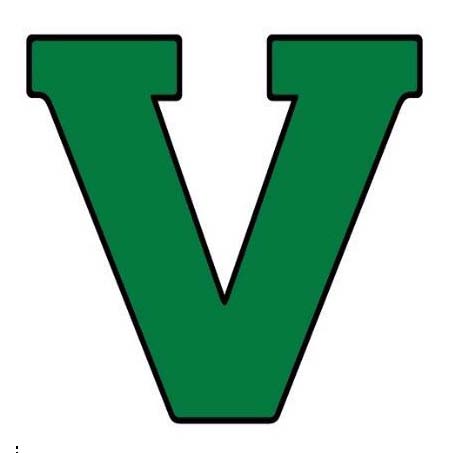 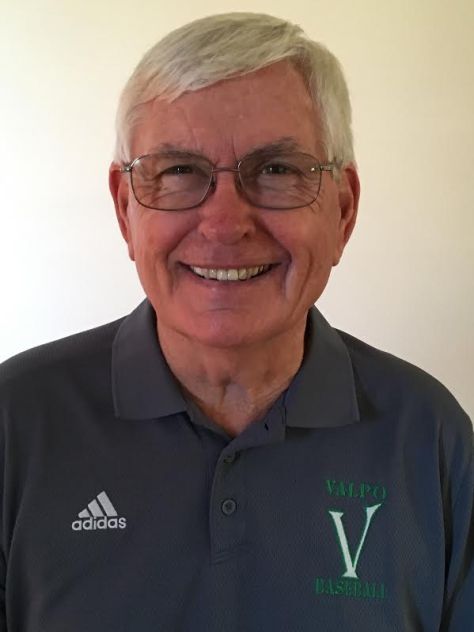 Pat Murphy is going into the Indiana High School Baseball Coaches Hall of Fame in January 2018. He was head baseball coach at his alma mater — Valparaiso High School — for 28 seasons and won 483 games.