Bradley
So. OF Carson Husmann (South Central of Union Mills)

New Purdue Fort Wayne head baseball Doug Schreiber has been defining the culture for his Mastodons.

With the help of PFW assistants Brent McNeil, Ken Jones and Gordon Cardenas, attitude will be at the forefront.

“We’re going to have to be in overachieve mode somewhat,” says Schreiber, who was hired at PFW in July 2019. “We’re going to be looking at players to play a little bit above their skill level.

“We want to make sure guys understand that having a positive attitude, a maturity level and a passion to play is the foundation of the program with respect, work ethic and trust being some of the cornerstones of what we’re trying to build.”

Schreiber says he makes few guarantees to his players. He doesn’t promise them he’ll add 10 mph to their fastball, get them drafted or even give them a starting position.

“One of the things I think I can guarantee is that if you don’t have the right attitude and the right mindset, you definitely aren’t going to overachieve and play above your skill set,” says Schreiber. “You are probably going to play below your skill set.”

A head coach for 20 seasons in West Lafayette, Ind., — 18 at Purdue University (1999-2016) and two at McCutcheon High School (20018-19), Schreiber knows that Purdue Fort Wayne may not be the biggest school with the very best facilities.

But the Mastodons are NCAA Division I and expect to be competitive at that level while playing home games at Mastodon Field and training in the strength & fitness area inside the Hilliard Gates Sports Center.

How does Schreiber and company recognize the intangibles during the recruiting process?

Stuff on the mound, bat speed and range in the field are fairly evident. It’s not as obvious with other attributes.

“It’s tough.” says Schreiber. “You do have to spend a little more time. In some of the recruiting opportunities, you just get a quick look.”

Because of NCAAA rules, coaches don’t get spend as an inordinate amount of time with the prospective student-athlete. That’s where they rely on the players’ coaches (high school, travel, junior college).

The Mastodons staff has learned how to read body language. It’s something they pick up on when watching a recruit when they or their teammates are struggling and it’s something they can see in players on the roster.

“We can’t see what’s inside their head, their heart or their gut,” says Schreiber. “The best way you have at least a clue on what’s going on in there is their body language.

“It definitely is a red flag when you see some disrespect and those types of things.”

It’s important because there are only so many roster spots available (up to 35 with 11.7 scholarships at the D-I level) and coaches have to get it right.

“Within their baseball life, we’re going to have compassion for them as individuals with anything that’s going on in their life,” says Schreiber. “But we just don’t have time for them to feel sorry for themselves.

“It’s a tough enough game that if they start to feel sorry for themselves, that’s the beginning of a negative attitude. They’re going to start making excuses, blaming other people or not taking responsibility. We have to have student-athletes that are mature enough and coachable enough to be able to handle adversity and persevere through those types of things.”

Schreiber says human beings have negative thoughts. What are done with those are the key.

“Do you act out on them?,” says Schreiber. “Do you voice your negative opinion? There’s all kinds of things that can get you in trouble.

“We have to teach them how to channel those negative thoughts into some positive action and positive thoughts.”

Schreiber also puts stock in mental development. With that in mind, he will have his players in classroom settings taking part in open discussions on life skills.

That’s why he values his experience at McCutcheon. When he went into coaching, he thought he would be at the high school level — something his father — 13-time Hall of Famer Ken Schreiber excelled at for 39 years at LaPorte (Ind.) High School.

“I had the opportunity to keep staying at Division I,” says Schreiber. “It  just kept working out.

“To (coach) at McCutcheon, where (Indiana High School Baseball Coaches Association Hall of Famer) Jake Burton had built the program up to such a high caliber was a great experience.”

“I feel like I became a better coach by coaching younger players,” says Schreiber. “Those are the players we’re going to be recruiting now.

“Getting in-tune with how they communicate amongst each other and with coaches, parents and everything was an important piece of it, too.”

After his coaching tenure at Purdue, Schreiber went into an academic job at the school then got his real estate license, but never got into that field too heavily with his coaching position at McCutcheon.

“I knew I wanted to continue to coach,” says McCutcheon. “I looked into few opportunities, but when this one (at Purdue Fort Wayne) came forward it was something I was very, very interested in and was very fortunate I got the opportunity to do it.”

“Staying in Indiana was important to my wife (McCutcheon guidance counselor Sarah) and I. We had visited and done some things in Fort Wayne. I’ve recruited over here.

“Fort Wayne is a great city. It’s got a lot of everything, but it still has the small Midwest town feel.”

The Schreiber have purchased a home in Fort Wayne, meaning the coach does not have the long commute he had when he first was hired.

“Other than that, it’s been smooth and thoroughly enjoyable,” says Schreiber of the transition. “Everything has been quality. I’ve got great support from our athletic director.”

Mastodons AD Kelley Hartley Hutton was head women’s volleyball coach for 15 seasons and 13 years as Senior Woman Administrator PFW. She was a four-year player at the University of Toledo.

“She understands the coach’s perspective,” says Schreiber. “We’re into having the best student-athlete experience possible. She gets it from both ends (coach and athlete).”

Staying in the state also allows Schreiber to keep his well-established network of high school and travel ball coaches. There’s also the junior colleges in the region.

This fall, recruiting has included plenty of looks at junior college players, who tend to be more mature physically and mentally.

“That’s not to say we’re not interested in high talent high school players as well,” says Schreiber. “We’re going to try to stay very strong in Indiana — players that have gone on to junior college and those from high schools.”

Ideally, most players will be on-campus for four or five years, giving time to mature and grow into leadership roles.

“There’s a always a little bit of a learning curve,” says Schreiber. “Ultimately, our base is going to be four-year players with a good mix of junior college players.”

Purdue Fort Wayne also participates in the Midwest Student Exchange Program, where students from several surrounding states get a break on out-of-state tuition. That allows Schreiber and company to take a little wider look while keeping Indiana as the recruiting base.

Schreiber says geography is one factor for the switch.

“Student-athletes are missing a lot of class because of the distance,” says Schreiber. “We do create things with scheduling in the spring that allows them to minimize missed classes.”

That includes moving classes away from late in the day Thursday or altogether Friday and taking more online classes. On the road, there is quiet time for study on the bus and in the hotel. With some long road trips ending on Monday morning, a premium is placed on time and priority management.

“It’s going to benefit them from an academic standpoint,” says Schreiber of the move to the Horizon. 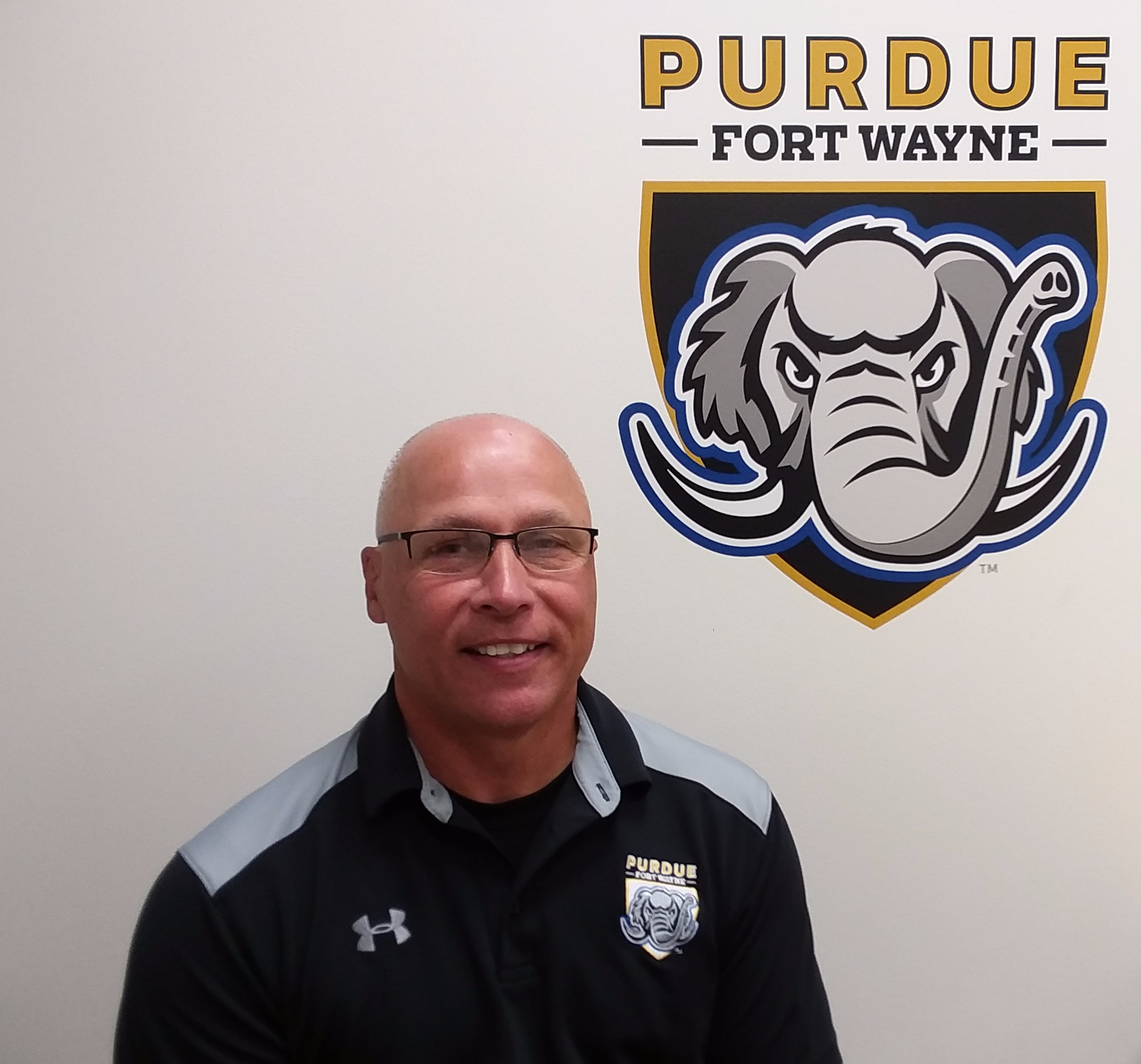 They’ve got a good thing going at Western High School.

The Panthers have enjoyed plenty of baseball success, taking 18 sectionals, seven regionals, two semistates, one Class 3A state championship (2012) and one 3A state runner-up finish (2016).

Ty Calloway, an Indiana High School Baseball Coaches Association and Howard County Sports hall of famer, led the program for 36 seasons and Quentin Brown (now with Indiana Primetime Sports) for the past three.

Ryan Berryman is now the man in charge. As a 1994 Western graduate, former WHS athletic director and head coach at county rival Northwestern, he is very aware of the winning tradition in Russiaville.

“We’re a baseball community,” says Berryman. “The expectations are high.”

Berryman, who returned to the classroom after serving as AD from 2011-13, has continued to coach baseball in the summer with the Indiana Bulls travel organization (he will lead a 16U squad this summer).

In 11 seasons at Northwestern, Berryman’s teams won 226 games, four sectionals and took the Tigers to a 2005 Class 2A State Finals. Future big leaguer Brandon Beachy was part of that team.

At Western, Berryman is greeted by 15 returnees from the 2016 state runners-up.

“We’ve got a much deeper pitching staff,” says Berryman, a big believer in mound depth with two-thirds of the players in his program being able to pitch. “It’ll be disappointing for all these guys if they don’t make a run.”

Not that Berryman wants the Panthers to get ahead of themselves.

“We want to keep it as simple as possible. There’s nothing magical to the success I’ve had as a coach.”

Berryman, whose coaching staff features Cody Shipley, Colton Summers, Devon Eaker and Dwight Singer at the varsity level as well as Luke Waitt and Michael Rocchio with the junior varsity, wants his players to have that “next” mentality — Next at-bat. Next pitch. Next inning.

His daily request is to be on-time and work hard.

“I only have two hours a day with these guys,” says Berryman. “After that, it’s on them.

“It’s a tough game. Find a way to work through your mistakes and get better and don’t dwell on the negative things.”

After playing for Calloway at Western, Berryman took the field for Indiana Wesleyan University and Northern Kentucky University as did twin brother Scott. Ryan pitched for the Lafayette Leopards of the independent professional Heartland League in 1998.

Berryman, who was head coach for the IHSBCA North-South All-Star Series in 2011 and is a past association president, would like to see an increase in the time coaches can work with athletes out-of-season — a change that would help not only baseball but other high school sports.

“I realize that these kids are student-athletes and academics come first and there are coaches that want to be with the kids too much,” says Berryman. “But, at the same time, we shouldn’t take opportunities away for kids to fully develop.

“Now, they can’t work with their baseball coach until a certain date has passed. It’s about kids and opportunities.”

Western competes in the 10-team Hoosier Conference. Teams play Tuesday-Wednesday home-and-home series within their divisions with seeded crossover games at the end of the season. Western, Cass, Hamilton Heights , Northwestern and Tipton are in the East. Benton Central, Lafayette Central Catholic, Rensselaer Central, Twin Lakes and West Lafayette are in the West. 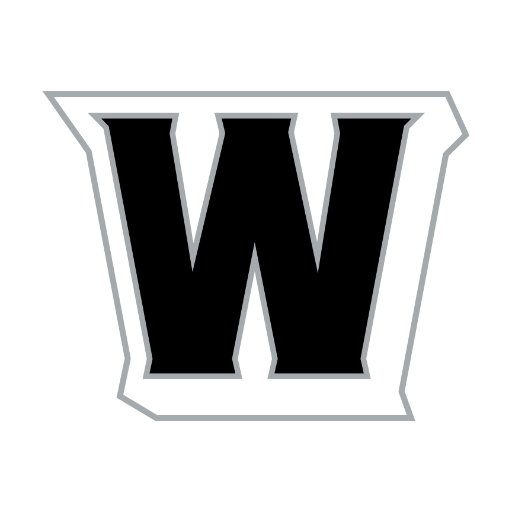 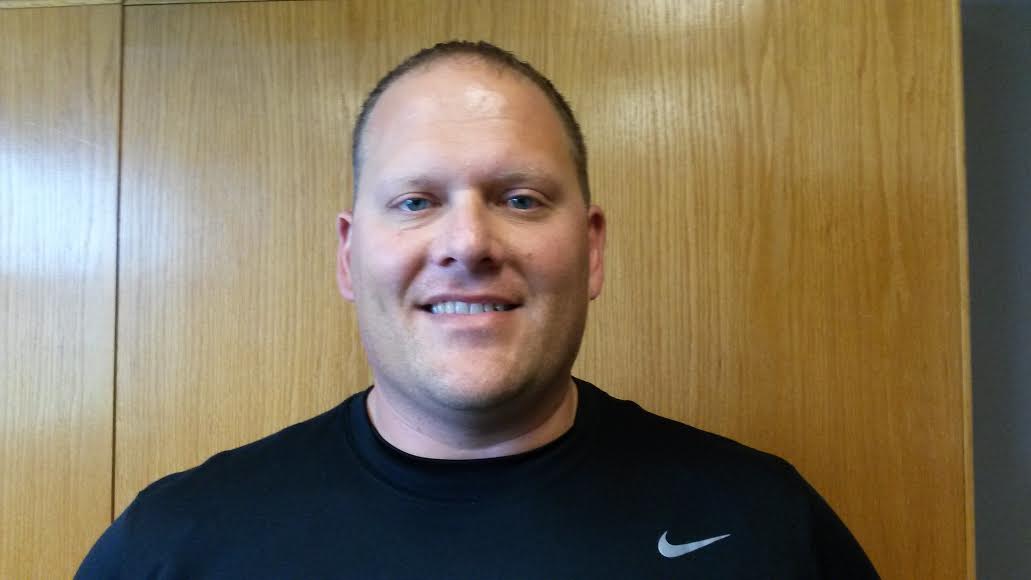 Ryan Berryman, a 1994 Western High School graduate, is in his first season as the Panthers head baseball coach. He coached Northwestern to the 2005 IHSAA Class 2A State Finals and is a summer coach with the Indiana Bulls travel organization.