Hitting a round ball with a round bat squarely is not an easy thing to do well.

Grant Bellak, who enters his second season as head baseball coach at NCAA Division III Hanover (Ind.) College in 2019-20, has his Panthers (15-19 during the 2019 season) following a simplified offensive approach that he first began to develop as an assistant at D-III Franklin (Ind.) College.

In 2018, the Grizzlies were national leaders in batting average, OPS (on-base plus slugging), runs per game, home runs and walks.

The full presentation can be ordered through the ABCA Barnstormers Clinics Video Library.

The Barnstormers appearance was Bellak’s first time as a presenter at an ABCA clinic.

“We look at the approach to hitting as all-encompassing,” says Bellak.

He quoted ABCA Hall of Famer Jerry Weinstein’s 2014 statement that a big league pitcher only hits what he defines as his spot 24 percent of the time.

“For us as hitters, we need to be prepared to hit a lot of ‘mistake’ pitches,” says Bellak. “That’s what you’re going to get.

“To be a high level offense, we need to simplify our approach. At the same time — as (hitting and mental skills guru) Steve Springer says — you won’t hit anything if you’re trying to hit everything.”

Bellak has developed four absolutes for his hitters.

“No. 1, you have to be the best athletic version of yourself,” says Bellak. “It can be two completely different things from our shortstop to our first baseman.

“Secondly, your front foot has to leave the ground at some point.”

Bellak can only think of a few big leaguers — Ian Kinsler and Albert Pujols are two examples — who have had a lot of success keeping their foot on the ground the entire time.

“We teach front foot down on-time,” says Bellak of his third absolute. “We want to work on sequencing from the back side of our body.”

No. 4 involves the player knowing their identity and how they fit into team goals. Hanover’s offensive team goal is an .840 OPS (ideally around .420 on-base average and .420 slugging percentage).

“Our lead-off hitter will try to get to that .840 in a significantly different way than our No. 4 hitter,” says Bellak. “By identifying what category you fit into, you will have a defined set of measurable goals to strive for.

“Being honest with yourself and your abilities will allow you to achieve your goals and help this offense win games.”

Sparks have a high on-base average, lower slugging percentage and a high number of stolen bases. They generally strike out only once per 15 at-bats and produce less than two home runs, six or more doubles and 10 to 15 stolen bases.

Hybrid players provide a high on-base average and good slugging percentage. They strike out once per 10 at-bats with two or more homers, eight or more doubles and less than six stolen bases.

Hybrid-Plus entails high marks in on-base and slugging averages and the ability to steal bases consistently with one strikeout per 10 at-bats with four or more homers, 12 or more doubles and eight or more stolen bases.

Power hitters are above average in on-base average and excellent in slugging. They will not steal bases often (four or less) and have one strikeout per eight at-bats with five or more homers, 12 or more doubles.

Bellak and his coaching staff are very careful with verbal cues.

“Kids today are very literal,” says Bellak. “You see it all the time. You say, ‘get your front foot down early.’ Then he sits and he can’t sequence properly.

For instance, Hanover coaches will never say “Use your hands” but instead say “Get Turned.”

Rather than “Get on top,” they say “Release the barrel out front.”

Instead of “Use your hands,” it’s “Get turned.”

Following the advice of mental performance expert Brian Cain, words that end with “not” or “‘nt” are not to be used as cues because those negatives stick in the player’s brains.

Bellak wants his hitters to “hunt” pitches (aggressive) rather than thinking in terms of a passive word like “wait.”

Hitters ask themselves questions like “Where have I had success?,” “Where do function best?” or “Where am I hitting the ball the hardest and why would I come away from that?”

As a visual tool, Bellak has his players place a large ball (around the size of a basketball) and put it over the plate where they feel they will be most-successful at the plate.

“It’s a pitch they are looking for and they can touch it, see it and feel it,” says Bellak. “We tell them during BP that they’re not going to let any pitches touch their glass ball.”

There is freedom to move the ball around to suit the hitters’ strengths. Power hitters typically want pitches that are “middle-in.”

“Expect them to take more pitches in BP because they’ll say, ‘Coach, that was a little bit off my glass ball,” says Bellak. “But, all of a sudden, they become more refined in their approach and we create height, depth and location.

“It really focuses their approach. It’s simple. It doesn’t take long to explain. You’re getting them free to what they want to do at the plate as hitters.

“With the influx of data, most hitters these days are pretty honest with themselves. I know which pitch I’m going to hammer.” 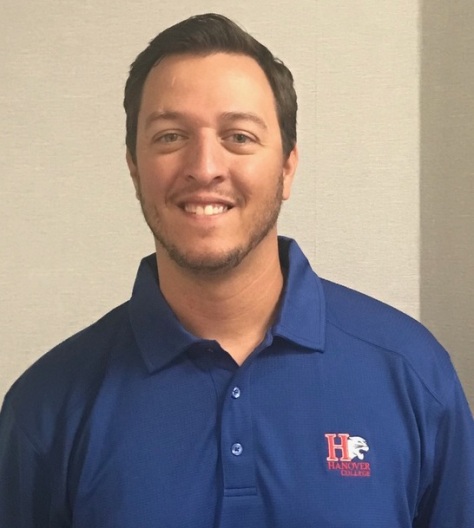