Victory Field has become a baseball destination in downtown Indianapolis.

Indiana high school baseball teams and their fan bases look to visit as part of the IHSAA State Finals.

As home of the Indianapolis Indians — Triple-A affiliate of the Pittsburgh Pirates — the “Vic” regularly welcomes more than 600,000 spectators to enjoy what Indians president and general manager Randy Lewandowski calls a community asset.

On Friday and Saturday, June 16-17, Victory Field was the site of the 51st IHSAA State Finals (Indianapolis Cathedral, South Bend St. Joseph, Indianapolis Cardinal Ritter and Lanesville took home state titles and the Irish, Indians, Raiders and Eagles placed a jersey in a case on the concourse).

The turnstiles clicked to the tune of 9,446 for the two days, including 6,664 for three Saturday contests.

It was the 21st year Victory Field has been site for the state championships. Other than a few times in Lafayette, the state tournament finals have been hosted by the Indians at Bush Stadium before the move to the corner of Maryland and West.

Lewandowski is proud to welcome passionate baseball fans from all over Indiana.

“We just think the state championships should be held in Indianapolis.”

Victory Field was host to the Triple-A All-Star Game in 2001 (15,868 saw Louisville’s Adam Dunn of the International League and Tacoma’s Juan Thomas of the Pacific Coast League take MVP honors).

What about bringing the Indiana High School Baseball Coaches Association North/South All-Star Series to Victory Field (it’s in Muncie in 2017 and South Bend in 2018)?

“More than anything in regards to (the series) it’s scheduling,” says Lewandowski. “This is one weekend we have asked off for with our league so we can host the state championships. To ask for more and more and more makes it hard to do.”

Lewandowski is in his 24th year with the Indians and third as general manager. In 2016, he was also named president of the club’s board of directors and the International League Executive of the Year.

The graduate of Fort Wayne Bishop Dwenger High School and Anderson University brings enthusiasm to his job — one that often demands long hours.

“When the Indians are home seven or eight days in a row, we’re here 12, 13, 14 hours — 9 o’clock in the morning until the game is over at night,” says Lewandowski. “We get a reprieve if we have a day game scheduled, where you can compact everything quickly into the day and get to go home at night.

“That’s what most of us on staff love and hate at the same time. We love the event, the ballpark, the smiles or peoples’ faces. But it always takes you away from home and family, summer weekends. But you understand that when you get into what I call the ‘event world’ or baseball business. It truly becomes your lifestyle.

“You need to have great support at home. If you’re married and/or have kids and all that, it becomes more difficult. It’s a labor of love and we enjoy it.”

Lewandowski and wife Christina have two children — Alyssa and Sam.

Victory Field opened for business during the 1996 season.

“We’ve already completely 20 in downtown Indianapolis, which is really hard to believe,” says Lewandowski. “But we’ve had to work really hard at it.

“We think we have been the great downtown driver for people to Indianapolis.

“We work really hard to be an important part of the community. We want to always be able to give back.”

Lewandowski says he expects the average to rise as the Indians hit the summer part of their season and group sales really kick in.

As Lewandowski’s role has evolved, his busiest time is from the last part of the season and the early part of the off-season. That’s when much of the planning, budgeting and marketing for the next baseball season happens.

After a slowdown during the holidays, it ramps back up again after the first of the year. Sales and promotional efforts are pointed toward the opening of the season in early April.

When the season arrives, Lewandowski and his staff go into execution mode — taking care of the myriad details that crop up everyday.

“Execution has always been a strong point for us,” says Lewandowski.

The details of playing baseball were instilled in Lewandowski by his Dwenger coach — Lance Hershberger.

“He took it seriously,” says Lewandowski of Hershberger, who just launched a community college baseball program at Ivy Tech Northeast in Fort Wayne. “He took over a Dwenger program that was not very good and we ended up being very good.

“My sophomore and junior years (1986 and 1987) we had very good teams. We never got beyond regional, but it was always special back then to think about Bush Stadium and coming to Indianapolis.”

“I consider him a living legend,” says Lewandowski. “I learned about life from Coach Brandon and how to be a man. It’s those formative years when you’re in college.

“He’s a wonderful man. He’s caring, loves everybody. But he’s as competitive as all heck. That’s why he was able to win so many games. He was a competitor.”

One thing that’s carried over from his AU years into his current position is fighting back against the weather.

“If it’s on the schedule, you try to play the game” was a belief for Brandon.

Lewandowski looks back on one especially frigid Saturday doubleheader at Anderson.

“It’s Midwest baseball in March,” says Lewandowski. “We were chipping ice off the tarp.”

Brandon was not interested in backing up the schedule if he could get the games in on what came to be known as Don Brandon Field.

One of Brandon’s former players — Mathew Bair — was named as new AU head coach at the end of the 2017 season.

After years with the Cincinnati Reds and a few with the Milwaukee Brewers, Indianapolis has been affiliated with the Pirates since 2006 and the current four-year player development contract goes from 2020.

“We’ve had a very good relationship,” says Lewandowski. “(The Pirates) communicate well. They’ve had some really good young talent come through here, especially as the Frank Coonelly/Neal Huntington regime got into place (as president and executive vice president and GM) in Pittsburgh.

And the baseball fans of Indiana have gone along for the ride. 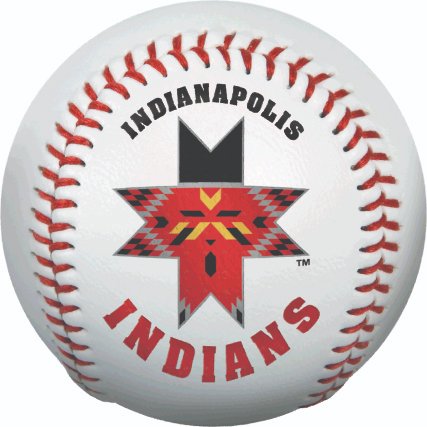 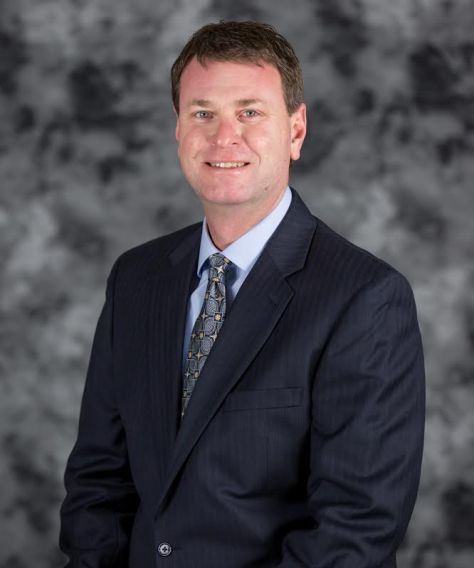