Putting an emphasis on baseball development, training spaces at Mississinewa High School and in the Grant County city of Gas City, Ind., have expanded in recent years.

Two years ago, Mississinewa Community Schools built an auxiliary gym at the high school that has been helpful to the Indians in baseball and other sports.

“It’s been incredibly beneficial for us,” says Mike Scott, who enters his fourth season as head baseball coach at his alma mater in 2019. “Before, you could not put the batting cage up until after basketball season.

“This affords us so many more opportunities. I’m thankful to administration for investing for our student-athletes. How did we ever do this before? We’ve been able to gain so much development just with that space.”

In addition, the old Owens Hardware Store has been converted by Caleb Crandall into a training spot now known at “The Academy.” The facility is expected to open in January and includes three batting cages, turf and a HitTrax baseball data tracker.

“It can be a game changer in our development, especially for our youth,” says Scott.

The Indians are fed by in-house travel teams from 8U through high school.

“Coaches follow our drills, philosophies and teachings at a younger age,” says Scott. “You don’t have to spend as much time teaching them things they should have already learned.”

There is also baseball played through Ole Miss Youth Sports. This spring will mark the third season of junior high baseball for Mississinewa.

To help local players get better, Scott runs a hitting league in February and March. A multi-week pitcher/catcher camp is also on the way.

Scott says he appreciates the windows of practice opportunity in the fall and winter where he can work with his players for two hours two days a week. In the fall, this gave the Indians a chance to have a throwing program to build arm strength. It allows pitchers to go through an arm care program. From there, they spent weeks in the weight room.

“Now you can develop that progression and development,” says Scott of the winter practice period which began at the beginning of December. “Teaching can continue. We’re not crushed for time (like in the weeks leading up to the season opener).”

Scott played for Indiana High School Baseball Coaches Association Hall of Famer Rick Atkinson and graduated in 1988. He earned his degree at Indiana University in 1992 and worked in case management with juveniles in a counselor setting before going into teaching.

He was a Mississinewa assistant to Brian Cruz for a decade then served as an assistant at Anderson University and pitching coach at Indiana Wesleyan University before coming back to Ole Miss 12 years ago. He teaches a dual-credit criminal justice class at the high school and is athletic director/school service coordinator at R.J. Baskett Middle School. There are about 550 students in grades 6-8.

Scott credits Atkinson for teaching him the nuances of the diamond.

“Rick’s knowledge of baseball is so immense,” says Scott. “To have any opportunity to sit down with him is an honor

“It was an awesome experience for me to play for him.”

As Indians head coach, Scott generally has between 26 and 28 players populating varsity and junior varsity rosters. He likes to keep 12 to 14 per squad.

The addition of courtesy runners for pitchers and catchers plus the designated hitter provide additional playing opportunities.

“I don’t want too many kids sitting on the bench not getting playing time,” says Scott. “Our season is so short anyway.”

Players get a chance to see where they fit into the puzzle and they don’t always fit where they expected.

“Role playing is difficult for a lot of kids to accept,” says Scott. “When they’re coming up through youth systems, they are often one of the better kids on their team.”

Players find out that the speed of the game increases as they move up in level.

“Freshmen are competing against three other grades and that presents an interesting dynamic,” says Scott. “It also pushes (older) kids. Upperclassmen need to continue working and developing. No position is going to be guaranteed.”

Scott’s 2019 coaching staff features Evan Hammond and pitching coach Kyle Zabst with the varsity and Bryan Elliott with the JV.

The Indians play on-campus on a diamond where Scott spends much of his time.

“I’m a freak when it comes to the baseball field,” says Scott. “I cannot get off it.”

Scott, his assistants and players have re-graded the field, repaired the infield, loud and home plate areas and added a warning track all the way around the field. Home and visitor bullpen mounds have been fixed.

In the future, Scott hopes to get the community and alumni involved in order to make further improvements.

Mississinewa (enrollment of about 810) is part of the Central Indiana Athletic Conference (with Alexandria-Monroe, Blackford, Eastbrook, Elwood, Frankton, Madison-Grant and Oak Hill).

The Indians, coming off an 10-14 record in 2018, are of an IHSAA Class 3A sectional grouping with Bellmont, Jay County, Heritage, Marion and Norwell. Mississinewa has won three sectionals — the last in 2006.

In 2017, the Indians went 16-7 with a large senior class and shared in the conference title for the first time in more than 25 years.

Mike and Kelly Scott have two sons — Payton and Ryan.

Kelly Scott is an Ole Miss graduate. Payton Scott played baseball at Owens Tech in Toledo, Ohio. Now a physical therapist and athletic trainer, he is engaged to be married in June 2019. Ryan Scott is a Mississinewa freshman. His sports are tennis and golf. 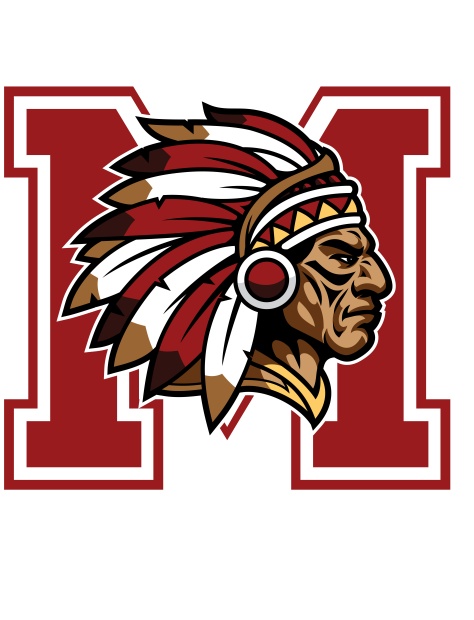 An aerial view of the baseball field at Mississinewa High School in Gas City, Ind.

Another glance from above at the home of Mississinewa High School Indians baseball field.

Mississinewa High School in Gas City, Ind., has a new batter’s eye and flagpoles at its baseball field. 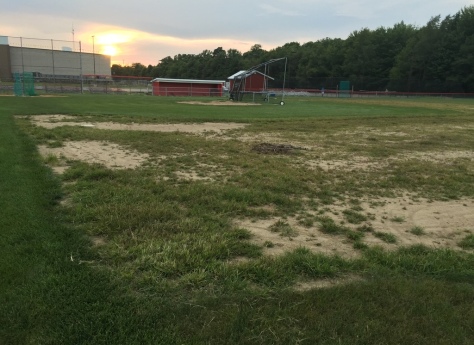 Here is what it looked like at the Mississinewa High School baseball field during a work day as upgrades were being made. 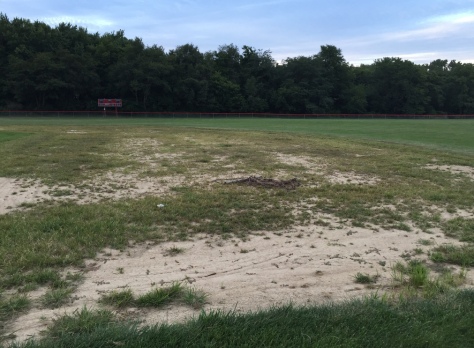 Another view of Mississinewa High School baseball field during a work day.

The infield has been conditioned on the baseball field at Mississinewa High School in Gas City, Ind. 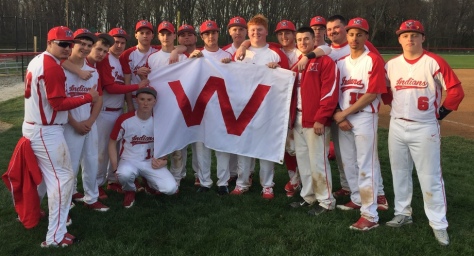