There’s a running debate in baseball coaching about the Old School vs. the New School.

The New School includes emerging technology and its application to the game.

“We’re always learning,” says Bobby Bell, a Lafayette, Ind., native, who has decades of experience as a professional hitting instructor — most recently working in affiliated baseball with the Milwaukee Brewers organization 2018 and 2019. “Technology is very important. That’s where we are today.

“We are not Old School or New School, We’re In School. If we don’t continue to be In School, we’re going to hurt these kids. Period.”

As Bell teaches lessons and clinics across the country as well as in Noblesville, Ind., at Jason Taulman’s Indy Sharks training facility and will soon in Lafayette at Jeff Isom’s new On Deck Training building, he looks to share he’s learned and shares it with his pupils.

“There’s all this information,” says Bell. “I’m not saying its detrimental. It’s confusing. (Technology) can be a great thing.”

Bell, 56, is adaptinhg to the new tools so he can understand and get players to understand.

“I’ve learned it my way instead of some guy telling me how I must learn it,” says Bell, who has worked with Blast Motion sensors and looks forward to using Rapsodo motion detection.

“Humans see in 2D,” says Bell. “Technology sees in 4D. It’s another set of eyes. It can be a great thing.

“You will see great strides in that kid’s progression if it’s utilized the right way.

“You can’t quantify the movement from the left to the right hemisphere You have to combine (technology) with what he’s thinking, how he’s thinking and why he’s thinking. I understand the importance of it all coming together. I really do.”

Knowing that each player is different, Bell does not expect everyone to have the same movement patterns and to reach them you’ve got to get to know them.

“The individual needs to be an individual,” says Bell. “We want them to be short and direct to the ball. We don’t worry about things we don’t control. We control the (strike) zone and get a good pitch to hit. It sounds like a cliche, but you’re only as good as the pitch you hit.

“We try to keep it as simple as possible. Pitching is too good. They throw so hard.”

Bell wants to relate to his hitters on a personal basis.

“I want to establish a relationship with that player,” says Bell. “That’s the key. This guy’s there for him whenever he needs them.”

Bell is a 1981 graduate of Lafayette Jefferson High School. His head baseball coach was Mark Strader, who had been a Bronchos standout for and assistant to Indiana High School Baseball Coaches Association Hall of Famer Paul “Spider” Fields.

“(Strader) was one of the best baseball players to come out of Tippecanoe County,” says Bell.

In the summers, Bell played for Lafayette American Legion Post 11. Manager Eric Harmon became his mentor at a young age.

“He did a lot of things for me,” says Bell, who credits Harmon for getting his a place on Team USA in the 1982 World’s Fair Games in Knoxville, Tenn., and a place in college baseball. “He is a phenomenal man.”

“(Fleming) was one of the best hitting teachers in the country,” says Bell, who would meet up with him again years later.

Bell signed as a minor league free agent with the California Angels and played three seasons in the Halos’ system 1986-88, primarily as a righty-swinging catcher with Palm Springs or Quad Cities.

Sometime after his playing career ended, Bell moved back to Lafayette. Isom asked him if he wanted to get back into baseball.

“Absolutely not” was Bell’s reply. But Isom asked again later and got Bell to be his hitting coach with the Joliet Jackhammers in the independent Northern League.

Bell went to be hitting coach in the Northern League with the Andy McCauley-managed Schaumburg Flyers in the independent Frontier League with the Jason Verdugo-managed Evansville Otters.

Then comes a call from John Mallee, then hitting coordinator for the Florida (now Miami) Marlins that leads to another call from then vice president of the Marlins Jim Fleming — the same man who was Bell’s hitting coach back in college.

“I actually hung up,” says Bell. “I didn’t think it was Coach Flem.”

Mallee called Bell back and set him straight and Bell was hired by the Marlins and was hitting coach for Greensboro Grasshoppers (2009), Jupiter Hammerheads (2010) and Gulf Coast League Marlins (2011-14).

He was out of organized baseball for a few years and still offering instruction including at Kiwanis International baseball camps for troubled teens in Alaska at the invitation of David Hall.

By this time Mallee was with the Phillies. He called to say that the Brewers were in dire need of a hitting coach. There was one week left in spring training.

But Bell took the gig and spent the 2018 and 2019 seasons with the Carolina Mudcats in Zebulon, N.C. Coincidently, the Mudcats vice president/general manager is Lafayette native Joe Kremer. Bell and Kremer had never met until Bell arrived with the club.

The past five years, Bell has been traveling up from Florida to share his knowledge with Taulman and the Indy Sharks.

“I love everything he does for all those kids,” says Bell. “They’ve progressed extremely.”

Bell has been spending more time in Indiana to be closer to daughter Bobbi, a junior at Purdue University. Bell also has four sons — Brandon and Keaton in Colorado, Zion in California and Kai in North Dakota. 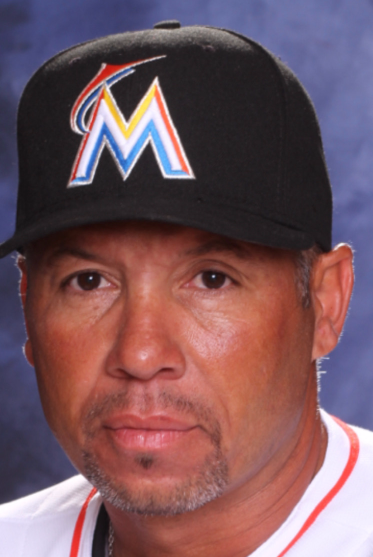 Bobby Bell, a Lafayette, Ind., native, was a hitting coach in the Florida/Miami Marlins system for six years. 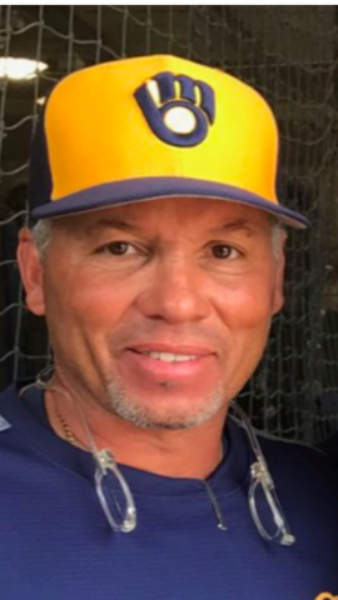 Bobby Bell, a 1981 graduate of Lafayette (Ind.) Jefferson High School, has been instructing baseball hitters for decades. In 2018 and 2019, he was a coach in the Milwaukee Brewers system. He works regularly with the Indy Sharks travel organization.