Ryan Wolfe was fiery as a player. He got hot at the beginning of his coaching career.

The flame still flickers to the surface on occasion.

But the Plymouth High School head baseball coach has learned to control the flames a bit with time and experience.

Wolfe graduated from Hamilton High School in northeast Indiana in 2001. He was a four-year varsity player for the Marines, which won the IHSAA Class 1A Bethany Christian Sectional in 2000. He was an Indiana High School Baseball Coaches Association all-star as senior.

Jim Sanxter was the coach.

“They had two totally different styles of coaching and both were effective,” says Wolfe of Sanxter and Espeset. “(Sanxter) had a huge influence on me. He was tough. He definitely didn’t go for excuses. He would challenge you and push you and he was very sincere. The more I coach, the more I understand some of the things he did.”

Wolfe came to see in Sanxter a passion and purpose for coaching. Not a teacher, the it was a selflessness that drove the man who coached 30 years, including 18 with Hamilton baseball and passed away in 2014.

“It was how he said things, when he said things and how he reacted to things,” says Wolfe. “I’m humbled to realize I learned from somebody like that.”

A calm demeanor is what Wolfe saw when he observed Espeset, who has led the Manchester program since the 1997 season.

“He had a way of staying even-keeled,” says Wolfe. “I never saw Coach Espeset really get upset.

“You knew he meant business, but he didn’t say it in a brash way. It’s not always what you say, but how you say it.”

Espeset helped his players understand the intricacies of the game and also gave them freedom.

“He let us learn from failure,” says Wolfe. “That’s what I try to do here. We’re not going to win every ball game.”

Wolfe’s post-game remarks after a Pilgrims loss is very minimal. He doesn’t want to harp on the negative.

“We want to get the kids to understand that baseball is much bigger than wins and losses,” says Wolfe, whose first season at Plymouth was 2013 (he was an assistant to Brian Hooker at Rochester High School in 2012 and head coach at West Central High School 2006-11). “We want competitors.”

Even Pilgrims practices — which generally include all 35 to 40 players in the program — have a competitive component. Players must earn a chance to take batting practice on Bill Nixon Field.

“It’s been phenomenal,” says Wolfe, who began combining squads for practice in 2015. “It brings a sense of unity. Our whole purpose is the same — to develop great young men through the game of baseball.”

Practices are broken into stations and one is devoted to work on routines. That’s how important it is to the Pilgrims.

Taking the teaches of mental conditioning and sports psychology expert Brian Cain, Wolfe and his assistant coaches (Brent Corbett, Kevin Garrity, Brian Schuler and Mitch Bowers) tell the players to “get back to green.”

There are green dots on the bats — a visual device that helps them relax and focus.

“We talk about breathing a lot and keeping our heart rate down,” says Wolfe. “We’re constantly talking about confidence.

“We want them to know their routine because a routine breeds confidence because it makes you comfortable.”

While his assistants hone in on hitting, pitching and fielding skills, Wolfe sees his role to develop his players’ mental sides.

“It’s an aspect of the game that’s left out,” says Wolfe. “We take time out of our day and do that.”

“It’s taken awhile for our kids to understand it’s a part of baseball. They’re high school kids. They don’t know how to handle failure. Are we perfect at it? No way.”

Wolfe and his staff are not trying to cram every player into the same mold.

“We are not cookie cutter,” says Wolfe. “We don’t have every kid hit the same or pitch the same. It’s about learning who you are as a player and what works for you.

“We’re trying to get the kids to take ownership.”

Like many coaches, Wolfe has taken concepts he has learned at clinics and American Baseball Coaches Association conventions and adopted them to the needs of his program.

Justin Dehmer has won multiple state titles in Iowa and has shared his knowledge through his line of 1 Pitch Warrior materials. Plymouth tracks B.A.S.E.2 (Big Inning, Answer Back, Score First, Extend the Lead, Score with 2 Outs, Quality At-Bat System). Wolfe knows that doing three of the five things on the chart often leads to victory.

The Pilgrims are looking for a K.O. — knocking the starting pitcher out by the fourth inning.

Other incentives are the Hit Stick (one each for varsity and junior varsity) and MVP jersey, which players can earn from game to game following a victory. Get the jersey the most times during the season — as voted on by the team — and that player is the season MVP.

“We’ve got to win to get anything,” says Wofle. “There’s nothing if we lose.”

Wolfe and his staff have crunched the numbers and witness enough success to be believers in their methods.

“This stuff does work,” says Wolfe.

NorthWood went 14-0 in 2017, taking a pair of 1-0 wins against the Pilgrims. The game at Plymouth pitted NWHS senior Drake Gongwer against PHS sophomore Cam Dennie and was a classic.

“That’s one of the best high school baseball games I’ve ever seen,” says Wofle. “(The NLC) is very competitive. I like the format. In my five years, I have not seem the same pitcher start both games very often.”

Dennie is already verbally committed to Arizona State University, something he did before the 2017 season after showing well in Prep Baseball Report underclassmen games.

Wolfe sees it as his responsibility to engage in the recruiting process.

“I try to make as many connections as I can with college coaches around the area,” says Wolfe. “But I’m going to be honest with (players, parents and college coaches).

“I teach kids there’s a lot of levels of college baseball. You’ve got to show initiative and work hard in the class room also.”

Wolfe, who also teaches social studies at PHS, lets his players and coaches know what is being sought by college coaches. He wants them to closely assess their situation and pay attention to the intangibles. On-base percentage and pitching velocity are easy to gauge.

But can they handle the grind of college baseball?

What kind if student are they?

What kind of teammate are they?

“These are the kinds of things we want here,” says Wolfe. “I have some of the longest parent meetings of all-time. But I try to be upfront.

“I don’t want to discourage kids from having those aspirations. I want them to reach their own potential and not compare themselves to other kids. You are who you are. It goes back to taking ownership of what you can do to reach that potential.”

Money has been raised to upgrade the playing surface at Bill Nixon Field, a facility named for the IHSBCA Hall of Fame coach. Wolfe says that project is to go forward after the 2018 season. 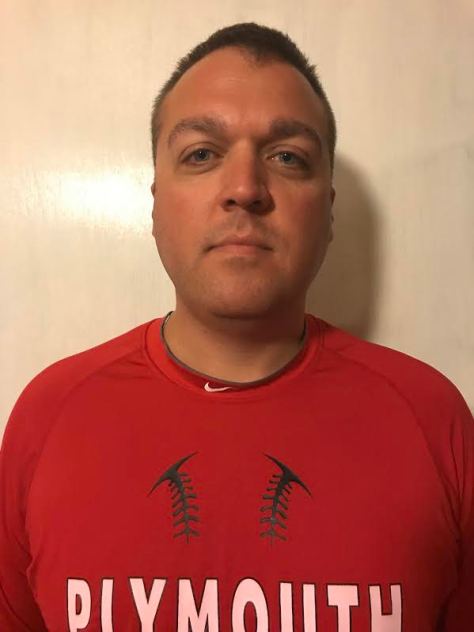