Ricky Romans likes to win and clutch trophies as much as the next guy.

But as he has grown older, the head baseball coach at Charlestown High School has discovered that the people in the game mean the most to him.

“I’m a competitive person,” says Romans, who has guided the Pirates since the 2004 season, playing in three sectional title games (winning 3A hardware at Silver Creek in 2009) and taking top honors in the Mid-Southern Conference in 2015, the senior year of son Drew Reich (a pitcher and third baseman who played one season at Owens Community College in Ohio and is now at McKendree University in Lebanon, Ill.). “We haven’t won the number of championships I would have preferred, but we’ve done a lot of good things.

“It’s about the relationships — the players, the people involved, the administration. It’s been a successful venture. I’ve enjoyed it thoroughly.”

Romans really enjoyed having his father around the diamond.

Rick Romans Sr. was a left-handed pitcher drafted out of Jeffersonville High School by the Kansas City Royals in the 20th round of the 1971 Major League Baseball First-Year Player Draft (KC picked Roy Branch and George Brett 1-2 that year).

After two seasons, a teenage Romans returned to southern Indiana, where he worked and passed on a love of baseball to young boys like Rick Romans II.

He played four years at Jeffersonville High for Indiana High School Baseball Coaches Association Hall of Famer Al Rabe at second base or in the outfield, graduating in 1994.

A transition to IU Southeast seemed like a natural and he did head for the New Albany campus. But his college playing career ended almost as quickly as it began.

“I quit playing baseball after fall session of my freshman year,” says Romans. “It was very challenging decision at the time. I had to work (to buy a car). Looking back, I wish I was never done. I talk to kids today about sticking with things. I tell them they have your whole life to work.”

Still clinging to his love of the game, the younger Romans was offered the chance to join Rabe’s staff at Jeffersonville for the 2003 season.

“He helped me with understanding the game of baseball a little bit better,” says Romans of Rabe, who also helped him get involved in IHSBCA leadership (Romans is the association’s president in 2017-18).

When Charlestown job came open, Romans got the chance to head up his own high school program.

“It was just a golden opportunity,” says Romans. “They had struggled in years prior. I had the chance to go in and build something over the years.”

His father, who had been a volunteer at Jeffersonville, was his son’s pitching coach those first three seasons.

After that, dad still faithfully attended games and practices. He was a familiar face around the field — whether that was on-campus or at Charlestown Little League (where the Pirates played 2009-12 while a new school and athletic facilities were being constructed in Clark County).

In 2017, the man who taught his son to love baseball was not around.

“This past spring it was really weird for me,” says Romans. “He wasn’t there.”

Romans heads toward the 2018 season with a coaching staff featuring Brian Smith, Chuck Latham, Chris Nickles, Matt Siler and little brother Josh Romans (who played at Charlestown for Ricky and coached Floyds Knobs American Legion Post 42 with him in the summer of 2016).

This summer was the first since 2008 that Post 42 did not field a team with Romans as manager. Post 42, which finished second in the state tournament to perennial powerhouse Rockport Post 254 in 2015, is hoping to bounce back in 2018.

Romans, who is married to 14 years to Jennifer and also has daughters Kinley (11) and Kaylee (6), has been director of sports and athletics for the City of Jeffersonville since January 2008.

This summer, Romans helped stage the IHSBCA North/South All-Star Series in Muncie. The 2018 series is slated for South Bend with the 2019 festivities in Madison.

“It boils down to nothing more than wanting to be involved,” says Romans. “I love listening to the speakers (at the annual state clinic). I love talking baseball. Baseball is my passion. I was born into it.” 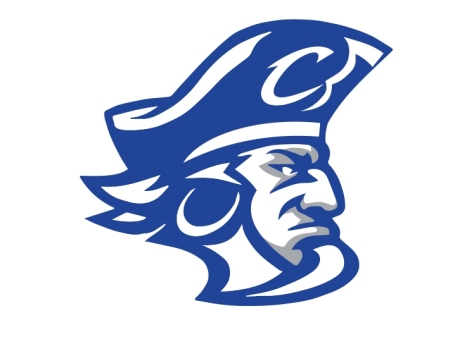 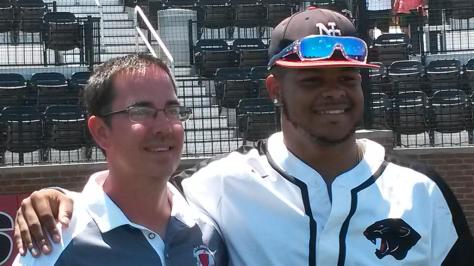