Baseball at Hammond (Ind.) Bishop Noll Institute has a history full of hardware.

Noll, a Catholic-based college preparatory school, has won 27 sectional titles — the last in 2018. State championships were earned in 1968 and 2004.

The Warriors lost to eventual sectional champion Whiting in the first round of the 2019 tournament.

“We’re looking to get that sectional (title) back this year,” says second-year Noll head coach Ryan Julian. “We had 13 seniors last year. It slipped through our fingers.”

Ryan Bradtke was a four-year varsity starter for Noll and senior in 2019. The pitcher/center fielder is now on the team at Wabash College.

Jake Fuehrmeyer, a 2019 salutatorian and four-year Warriors starter at shortstop, is now at Notre Dame and was expected to be involved with baseball at least at the club level.

Julian enters his fourth season in the program in 2020 with veterans leaders, including seniors Devin Padilla, Hunter Laurincik and Nico Calzonzi and junior Aiden Companiott, and plenty of talented youngsters to contribute to building a “culture of togetherness.”

Catcher Padilla will be a fourth-year varsity player. Center fielder Laurincik is heading into his third year with the varsity. Calzonzi is a relief pitcher and outfielder. Third baseman Companiott is already a three-year starter who is expected to bat in the middle of the order.

Julian, who counts director of admissions Jeff Stur (Noll Class of 1998) as his varsity assistant and math teacher Eloy Melero (Noll Class of 2014) as his junior varsity coach, says he expects to have 30 to 35 players in the program — varsity and JV. Many of those being freshmen and sophomores.

“There will be a lot of learning, but we are talented at the younger levels,” says Julian. “We’ll practice as one big unit.”

The Warriors practice at Irving Park near the BNI campus. The first two home dates of the season are scheduled there with the rest at either Hammond’s Dowling Park (home to Purdue Northwest baseball) or Gary’s U.S. Steel Yard (home of the Gary SouthShore RailCats).

Noll gets players from local youth leagues such as Hammond Optimist as well as travel organizations like the Hammond/Morris Chiefs, Indiana Playmakers and Northwest Indiana Shockers. Players are also involved with Region Legion Expos.

As a 2A school, Noll has several multi-sport athletes. Julian says preparation for baseball begins in earnest in January with workouts from 6 to 7:30 a.m.

“I like to go in the morning,” says Juilan. “That way they can take care of their academics after school and finish up (other winter sports).”

Julian notes that as a spring sport, baseball contends with things like prom and graduation and at the end of a long academic/sports year.

“Once you get to May, it’s hard to keep kids focused,” says Julian. “By spring, they’re pretty burned out.”

Each conference team meets twice in a home-and-home series on Mondays and Tuesdays.

The Warriors will also play Catholic teams across the Illinois line, including Marian Catholic and Mount Carmel.

Julian is a 2007 Mount Carmel graduate, where he played baseball for Caravan head coach Brian Hurry.

“For him, it’s all about team,” says Julian of Hurry. “I want to bring this idea of family (at Noll).”

He also wants to put the ball in play on offense and keep pressure on the opposition.

At Loras College in Dubuque, Iowa, Julian was part of a baseball program led by Carl Tebon.

He credits Tebon for emphasizing having fun with the game while also working hard and seeing the mental side of it.

“It’s a thinking man’s game as well,” says Julian, who earned a bachelor’s degree in history from Loras in 2011 and a master’s in history from Valparaiso (Ind.) University in 2018. He teaches history and economics at BNI. He was head baseball coach for four years at Oregon-Davis High School in Hamlet, Ind., before coming to Noll. 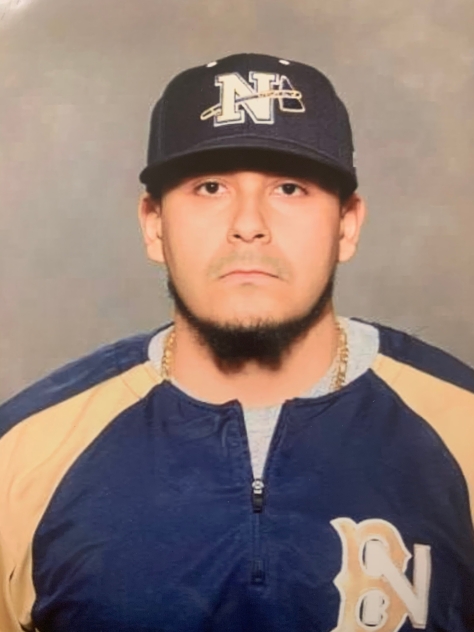