The Warriors (41-14-1) have outscored opponents 30-16 in the Wolverine-Hoosier Conference tournament and 24-12 in the NAIA Opening Round.

Head coach Kip McWilliams says it’s team culture that has Tech in the program’s seventh NAIA World Series appearance and first since 2003. The squad was to leave for Lewiston, Idaho today (May 21) and face Bellevue (Neb.) at 11:30 a.m. EDT Friday (May 24).

“These guys care about each other and hold each other accountable,” says McWilliams. “Culture is the most important thing.

“It starts with the seniors. It’s a great group of guys. They’ve helped molding our freshmen and underclassmen.”

McClain, a redshirt senior and graduate of Fremont (Ind.) High School, is Tech’s all-time hit leader with 337. He goes to Idaho hitting .431 with 17 home runs and 54 runs batted in.

Castaneda hails from Miami, Fla., has made 70 assists and participated in 11 double plays on defense.

Sorenson is from Payson, Utah, Dunavan from Sterling Heights, Mich., and Sturtsman is a Manchester High School graduate.

McWilliams, who is in his 12th season at the Fort Wayne school, credits his assistant coaches who take the time to work with the athletes and build trust in the player/coach relationship.

Brent Alwine is in charge of infielders and is key to the Warriors’ defensive positioning.

Pat Collins-Bride works with hitters and helps with recruiting.

Marshall Oetting is the pitching coach and works closely with McWilliams on that aspect of the game.

Miguel Tucker leads the outfielders, helps with recruiting and puts together a scouting report for the rest of the coaching staff. McWilliams says the data helps with positioning and pitch calling and sequencing.

Gordon Turner also helps with infielders and recruiting and is the junior varsity coach.

Tech was one win away from getting back to the World Series in each of the past three seasons, but bowed out in the NAIA Opening Round.

The Warriors have used that as motivation for getting to the next level.

McWilliams, who has long used visualization in his training, has asked players to “close their eyes and remember the last game they played.”

Unless the season ended with a championship, they are know about the heartache of the last-game loss.

“When postseason baseball comes around, there’s only going to be one winner,” says McWilliams. “Even the incoming freshmen can take that feeling and feed off it, using it in their workouts.”

The coach also asks them to go back to their earliest days of baseball.

“Everyone was a star in Little League,” says McWilliams. “Just relax, go out there and have fun.”

It’s all about positivity.

“We have a question for them: What are they feeding their dog?,” says McWilliams. “Is it positive or negative?”

McWilliams was on the Marian University coaching staff the last time Tech made it to Lewiston, but he does maintain contact with former players.

“I’ve received several phone calls and texts,” says McWilliams. “I want them to know they are not forgotten.

“They’re the foundation of where we are today.”

As motivation, there’s also the images in McWilliams’ office.

Each time the Warriors has been fortunate enough to win a championship of some kind, a team photo has been taken.

“The poses are almost always the same,” says McWilliams. “They see (those photos) everyday. It’s hilarious. That’s a visual thing for them.”

It links everything together and helps feed the culture.

And culture is what it’s all about for the Indiana Tech Warriors. 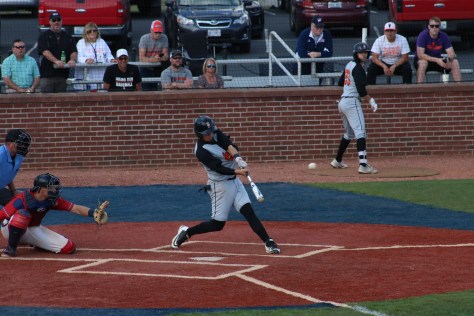 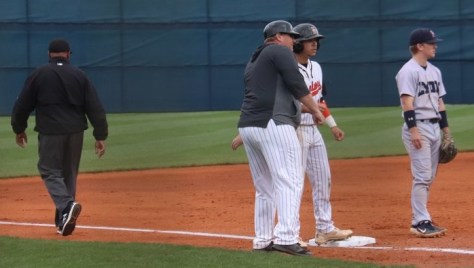