Like many high school head coaches, Greenwood (Ind.) Community’s Andy Bass absorbed much of his baseball knowledge from his college coach.

Bass was an honorable mention all-conference catcher at Franklin (Ind.) College in 1994. Jim Handley was the Grizzlies head coach.

Handley had pitched at Auburn University and in the Chicago White Sox system in the mid-1970s.

“A lot of coaching stuff I use came from (Handley),” says Bass, who heads into his 22nd season in charge of the Greenwood Woodmen in 2019. “He taught me drills I still use. He was big on fundamentals and using the bunt and hit-and-run to generate offense. We weren’t a big power team (at Franklin).

“Year in and year out, we’re more of a small-ball team (at Greenwood). We have to execute the bunt, hit-and-run and steal.”

Handley’s pitching know-how and Bass working with pitchers helped him understand the importance of locating pitches and changing eye levels and speeds.

Bass, a 1991 graduate of Triton Central High School, where he played for one season for Kent Tresslar, two for Bruce Stone and one for Tim Smith, coached at Waldron (Ind.) High School in Shelby County his first year out of college. His first season as Greenwood head coach was 1998.

During the Bass era, the Woodmen have produced outfielders Andrew Dimino (Virginia Commonwealth University) and Alex Krupa (MVP in the 2014 Junior College World Series while at Iowa Western Community College and then a player at Indiana University).

Bass sees it as a part of his duties to help a player if they have college baseball aspirations.

“If that’s what they want to do, we do everything we can to help them out,” says Bass. “We talk to coaches and send emails.”

Many times these days, the connection is made through the player’s summer team. But Bass knows he knows the athlete as a student and as part of a family.

“We have a relationship with the player a little better than the travel coach in some of those areas,” says Bass, who has also coached travel ball with the Indiana Astros.

Bass has kept as many as 45 and as few as 36 players for three teams — varsity, junior varsity and freshmen.

“It depends on where the talent falls and where our needs are,” says Bass, whose teams used two on-campus fields. The higher team plays on the varsity diamond when two are in action at the same time.

A year ago, the varsity field was enclosed for the first time. In the off-season, agricultural lime was added to the warning track and the visitor’s bullpen was re-built. In recent seasons, the dugout railing was extended.

Greenwood is in a Mid-State Conference (with Decatur Central, Franklin Community, Martinsville, Mooresville, Plainfield and Whiteland) and the lone MSC team without a lighted home field.

Conference games are played as home-and-home series on Tuesdays and Wednesdays with Thursday as the rain date.

With this format, Bass says teams are forced develop more pitching depth if they wish to compete.

“You must have two good starting pitchers and at least two good relievers and score runs everyday,” says Bass.

The Woodmen are in an IHSAA Class 4A sectional grouping with Center Grove, Franklin Central, Franklin Community, Martinsville and Whiteland.

Greenwood has won eight sectional titles — the last in 1984.

Bass will be assisted in 2019 Mario Buscemi, Ben Sutton and Christian Cruze. Connor Morris works with both the JV and varsity. Sutton leads the freshmen and Cruze is a volunteer with the freshmen.

Greenwood Little League is considered a feeder system for the high school, but many are playing travel ball at a younger age.

“When I was in school, we played summer ball for our high school against other high schools,” says Bass. “Travel ball wasn’t a big thing back then.”

Bass notes that Phil Webster had his Decatur Central team playing in travel ball tournaments in the summer of 2007 then won an IHSAA state title with that group in 2008.

Andy, a math teacher and assistant athletic director, is married to Jenni. The couple has four children — sons T.J. and Sam (a junior second baseman at Greenwood) and daughters (sixth grader Mary and third grader Claire). 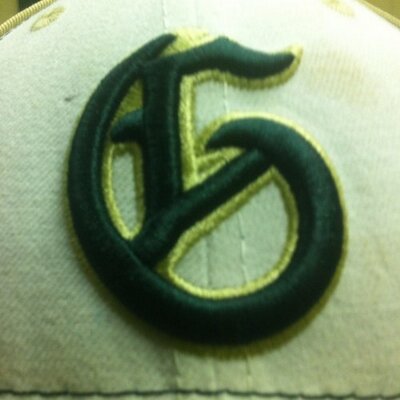 Andy Bass is heading into his 22nd season as head baseball coach at Greenwood (Ind.) High School in 2019.