Richmond, Ind., has long appreciated the crack of the baseball bat.

The Rose City fielded professional teams throughout most of the first half of the 20th century and brought pro ball back with the independent Frontier League’s Richmond Roosters (1995-2005).

Charles Weeghman, the man who built what would become known as Wrigley Field, was born in Richmond in 1874.

These days, the crack comes in the Great Lakes Summer Collegiate League with the Richmond Jazz.

Playing at John Cate Field at Don McBride Stadium (which dates back to 1936), the Jazz came into the league in 2016. The Richmond RiverRats played collegiate wood-bat baseball in the Prospect League. That team sold and moved to Lafayette, Ind. The GLSCL approached Richmond about joining and a new baseball brand came to town.

Richmond native Deanna Beaman has been a part of the Roosters, RiverRats and Jazz.

A 1996 Richmond High School graduate with a sports management and marketing degree from Indiana University, Beaman served as an intern with the Roosters and served in several capacities with the club for eight seasons.

When the Roosters sold and moved to Traverse City, Mich., to become the Beach Bums of the Frontier League beginning with the 2006 season, it left a baseball void in Richmond.

The hole was filled with changing from pro to college ball and joining the new Prospect League for the summer of 2009 for what turned out to be a seven-season run.

“The college wood bat model is better in this market,” says Beaman.

Then with expansion, costs began to rise in the collegiate summer league world.

“The Prospect League grew and is became more and more expensive to be in that league,” says Beaman, who estimates the team was spending $40,000 per season on travel, not including hotels. “The Great Lakes League approached us. We found that the business models are different in the two leagues.

“There was an interest to keep baseball in the community. You have to be a 501 (c) 3 (non-profit organization) to be in the (GLSCL).”

Beaman is president and general manager of Hitters Hangout Sports Foundation, which operates as the Richmond Jazz.

Richmond players are charged a participation fee (similar to travel baseball) and the club pays a frranchise fee to the league, which must abide by NCAA regulations.

She identifies the top benefits of Great Lakes membership for Richmond is the short season (the team plays a 42-game regular season) and travel is relatively short with no overnight trips.

Richmond is in the GLSCL’s Southern Division with Ohio teams Cincinnati, Hamilton, Southern Ohio and Xenia.

Making up the Northern Division are Grand River, Irish Hills, Lake Erie and Muskegon in Michigan and Saint Clair in Ontario, Canada.

Richmond would not see Northern teams until the playoffs.

There were growing pains with the transition from to the Great Lakes. Richmond got a new mayor and park superintendent and the baseball team got a new lease at McBride Stadium in 2016. On the field, Matt Brankle managed the Jazz to a record of 12-29.

Things were completely revamped on the baseball side for the 2017 season. Floridians Brett “Buster” Schneider (assistant coach at NCAA Division I Florida Atlantic University) and Brian Thomas (coach at Gainesville High School) were recruited to be head coach and pitching coach, respectively, and former RiverRats players Joe Pourier was named as a volunteer assistant.

“We have to get a winning ball club in the community,” says Beaman. “Buster has been a great addition for us — both on and off the field. He’s changed some lives in our community. If you want to play at the D-I level, he can tell you what it takes.”

Schneider came to Richmond through a connection Beaman made with a former player.

Jeremiah Klosterman was a catcher on back-to-back Frontier League championship teams in Richmond in 2001 and 2002. The former Florida State University standout owns Hard Knoxx Baseball Academy in Jacksonville, Fla., and Schneider was one of his instructors.

Schneider is in his first season as a summer collegiate head coach, but he did serve three seasons as an assistant for Green Bay of the Northwoods League.

Hitting the ground running (leaving Florida June 2 and beginning practice June 4), Schneider immediately began working on team chemistry with a roster made up of players with hometowns in eight different states. Some players live close enough to commute for games and workouts while others stay with host families.

“You have to get them to buy into your system and play for a chgampionship,” says Schneider. “You have to have a plan in place and you have to win early (with such a short season).”

Through their connections, Beaman and Schneider helped form a Jazz roster that includes players with hometowns in eight states.

“You reach out and get as many good, quality players as you can,” says Schneider. “I want them to use the summer to get better and go back and be conference players of the year and All-Americans.”

By rule, league members must carry a certain number of Division I players in order to be funded by Major League Baseball for developmental reasons. There are numerous collegiate wood bat leagues across the country.

“We can get hitters all day long,” says Beaman. “Pitching is the issue. D-I coaches are protecting their starters (and often shutting them down for the summer).

“Across the league, bullpens are very thin. Sometimes we have to go ‘Mississippi State style 3-3-3’ to finish a game.”

Says Thomas, “We’ve done pretty well with the guys we’ve received … We try to keep their pitch counts down … I try to get to know everyone at a personal level.”

GLSCL rules do not allow for a disabled list and player can’t be released based on talent or performance. That means the roster is pretty steady throughout the season. 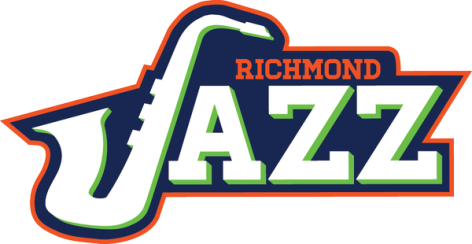