While away from the diamond, he gained a different perspective and came back refreshed with a changed outlook.

Neuenschwander, who has also a football assistant for 22 years, led the Adams Central Flying Jets baseball program from 1991-98 then took 1999 through 2002 off. During that time, he read a book by Tony Dungy — “Quiet Strength.”

“It was very positive for me and my coaching,” says Neuenschwander, who altered his style when he returned to the dugout at the school in Monroe, Ind., in 2003. “I’ve learned to enjoy it more and more. I don’t take the winning and losing as personal as I used to. I used to be a screamer and yeller. But there’s other ways of doing this. I have more of a relationship with my players. It doesn’t mean I can’t push them when they’e not putting out.”

Neuenschwander, who has been teaching for 27 years, has come to really appreciate the relationships with current players and those that have graduated and gone on to make their way in the world as husbands and fathers.

If they are on the team long enough, youth athletes are also bound to change during their careers.

Take the case of Dalton Combs (Class of 2013), who is now an outfielder in the San Francisco Giants organization after a standout career at Huntington University.

“(Combs) was part of one of most successful senior classes here,” says Neuenschander of a 2013 AC club that won 26 games and lost to Northfield in the IHSAA Class 2A Kokomo Semistate. “He started as freshman. He matured physically, mentally and athletically in four years.”

Five of AC’s eight sectional titles have come on Neuenschwander’s watch — the latest in 2016.

The coach has also come to embrace that no two teams are the same.

“The beauty of coaching high school baseball, each year is a new puzzle and it’s my job to put that puzzle together,” says Neuenschwander. “That’s what keeps me going.”

“He was there a long time,” says Neuenschwander of former Starfires coach Stahly. “He loved the game of baseball. He taught me how to throw a curveball and still use his old-fashioned drills when I want to teach the curve.”

Neuenschwander was a junior on the 1982 South Adams team that lost to Roncalli in the semifinals of the single-class State Finals. Mike Dull was on that ’82 team and went on to play at the University of South Alabama where he was a roommate of Luis Gonzalez, the man who drove in the winning run in the 2001 World Series.

Many lessons were learned in four seasons the Frame-led Foresters.

“He taught us about discipline,” says Neuenschwander. “Becoming a teacher in general, I was given the fundamentals. There was also integrity. Mike’s a man of faith and his integrity was well taught to us.

Tom Roy, founder Unlimited Potential Inc., and is now an assistant coach and chaplain at Grace College was a Frame assistant when Neuenschwander’s time at Huntington.

Neuenschwander has sent Combs and others to play for Frame and currently has a couple players on college rosters — Conner Lengerich at Spring Arbor University and Andrew Hammond at Indiana Tech.

“At a small school (enrollment under 400), we have to be really proactive in letting schools know if our kids are interested,” says Neuenschwander. “I see it as a major part of my job. It’s something I want to do. If a student-athlete wants to go to college, I will assist in any way I can. I will show them how to get on-line and do things.”

AC players attend showcases in order to be seen by college coaches. Younger players in the area play travel baseball for the Bluffton Bandits while others have gone to the Summit City Sluggers and Berne Bears among others.

The three-sport athlete is alive and well at Adams Central.

“We encourage them to do everything,” says Neuenschwander. “One of the biggest challenge high school baseball players have is that they’ve been on the go all year and the seniors getting ready to graduate and ready for school to end. Some kids need to get jobs to pay for college so we have to be flexible with practices during the state tournament.”

Being married to an educator has also helped Neuenschwander. Wife Christy teaches third grade at Salamonie School in Huntington County.

“She is definitely a coach’s wife,” says Dave. “She’s very supportive in what I do. She is very level-headed. We weigh out issues and work through them.”

The couple have a married daughter (Whitney teaches at Speedway) and son in eighth grade (Nick).

The Jets are members of the Allen County Athletic Conference (along with Bluffton, Heritage, Jay County, South Adams, Southern Wells and Woodlan).

“It’s pretty competitive,” says Neuenschwander of the ACAC. “Schools are fairly close to each other. We know the players and coaches very well.”

Neuenschwander was a teammate of current Jay County head baseball coach Lea Selvey back in the early 1980’s with the Portland Rockets.

Winter workouts are starting with about 10 players participating and the others in a winter sport. Neuenschwander’s assistants are Josh Foster (varsity) and Joel Reinhard (junior varsity). Fall open fields were run by Reinhard with Neuenschwander coaching football. Other volunteers are expected to help the Jets on the diamond in the spring.

“It didn’t bother me at all,” says Neuenschwander. “It really makes the game a little more strategic in a sense.”

He and his assistants had to really plan when they would use a pitcher and for how long.

“You need to develop more pitchers — not just throwers,” says Neuenschwander. “At the JV level, it’s really positive. There are more opportunities for players to play.”

JV limits are tighter than varsity and there has been discussions about making it the same as varsity.

We’re still here to protect you because you are a child,” says Neuenschwander. “Some summer coaches may not protect them as much as they should so they put it in the hands of the educators. It became the coach’s responsibility to document (pitcher use). I become liable if he didn’t have the proper rest.”

Dave is the youngest of six children born to Delmar and Dessi Neuenschwander. His father was a butcher. Berne Locker Meats has been in the family for about 70 years.

Brothers Don and Doug also played at Huntington. Doug went on to pitch at Triple-A in the Cincinnati Reds and Pittsburgh Pirates systems. The three girls are Dana, Danita Jo and Dian. Doug and Dana are both in the Huntington University Athletics Hall of Fame. 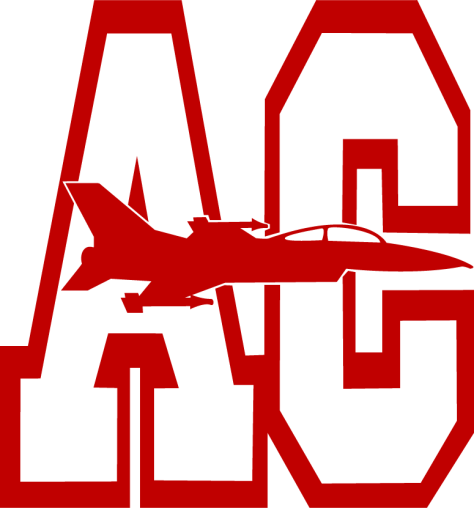