Entering his fifth season as an assistant coach at Dixie State University in St. George, Utah, Rinard is now a full-time coach and has added recruiting coordinator to his job description.

Dixie State is an NCAA Division II program and has nine fully-funded scholarships. Rinard is learning how to disperse scholarship money on a roster of about 35, taking into consideration things like the needs of the team and Title IV and other NCAA rules compliance.

At present, 47 percent is the most any one player is getting in terms of a full scholarship.

“There is really no such thing as a full-ride scholarship for a baseball player,” says Rinard. “We carry a fall roster of about 40, which matches our male-to-female student ratio.

“Some guys will be walk-ons and some will have the grades that won’t count toward the nine scholarships.

“The tricky part is that you don’t get a clean slate after each year.”

What the program has to work with is based on who leaves and who returns.

Rinard, a South Bend, Ind., native and 2007 Mishawaka (Ind.) Marian High School graduate whose father Jeff Rinard ran the Chasing A Dream training facility in Lakeville, Ind., says excitement is also in the air around St. George because Dixie State is exploring moving up to NCAA Division I with its athletic programs.

Information is being gathered through town hall meetings and consultants and a vote to decide is expected at the end of November.

NCAA Division I baseball can give 11.7 fully-funded scholarships and hire two full-time assistant coaches. There is a push to get a third full-timer.

At the D-II level, with a limited recruiting budget, Dixie State keeps to the southwest region and looks for players that fit their style of play.

Trailblazers head coach Chris Pfatenhauer, who has worked at the junior college and D-I levels, favors what Rinard calls the “West Coast” style of baseball. There is an emphasis on speed and athleticism. Batters are expected to be able to lay down a sacrifice or squeeze bunt in a crucial situation.

“We’ll put pressure on the defense,” says Rinard. “But we’re not all runts.”

There are also a few players on the roster with some power.

“We don’t talk about launch angle at all,” says Rinard. “Knowing exit velocity can help guys understand what kind of swing they should be taking to the baseball.

“We want to develop a head-high line drive swing. If you can build a repetitive swing like that, your exit velocity is going to be very good.”

Two major recruiting events that the staff ends are the Arizona Fall Classic in Peoria, Ariz., and Baseball Northwest events in Washington. It’s about a six-hour drive from St. George to the Phoenix area.

“We’re really, really selective with what events we go to,” says Rinard, noting that Las Vegas, Nevada, area is full of talent and is about a two-hour drive from St. George.

Dixie State baseball will be competing in a new conference in the spring of 2019. The Trailblazers were in the Pacific West Conference.

Following the lead of the DSU football program, baseball is now in the Rocky Mountain Athletic Conference.

Pfatenhauer saw the change coming, he wasted no time in purchasing heavy jackets. Adams State in Alamosa, Colo., is 7,543 feet above sea level.

Does the altitude effect pitching? Colorado Mesa had the best team earned run average in the RMAC in 2018 at 4.83. Adams State was last at 9.59.

Dixie State’s staff carried a 6.29 while competing in the Pac West and at 2,500-seat Bruce Hurst Field (former big league pitcher Bruce Hurst is a St. George native and a benefactor), where the fences are 12 feet high from the foul poles to the batter’s eye in center, which extends to 20 feet high. Dimensions are 330 down the lines and 390 to center.

St. George has an elevation of 2,860. Located in the southwestern part of Utah. At one time it was a cotton-growing region (thus the name of the school).

Rinard says the high desert climate is typical of Las Vegas, Nevada. The day-time highs this week (Nov. 11-17) have been in the high 50’s and low 60’s.

“I really don’t remember what it’s like to be cold,” says Rinard, who played two seasons as a righty-swinging outfielder at Yavapai College in Prescott, Ariz. (2008 and 2009) and two at the University of Arizona (2010 and 2011) before a stint in professional baseball and a season as an undergraduate assistant at Arizona in 2014.

Rinard was selected in the 43rd round of the 2009 Major League Baseball First-Year Player Draft by the New York Mets, but did not sign.

After his two seasons in NCAA Division I baseball with Arizona, he signed with the New York Yankees as a minor league free agent in 2011 and played one season a rookie-level Staten Island.

His independent ball stops came with the Frontier League’s Normal (Ill.) Cornbelters in in 2012 and United League’s Edinburg (Texas) Roadrunners in 2013.

Rinard also works with the Trailblazers’ outfielders and hitters and helps coordinate camps.

“I’m helping with everything,” says Rinard, who plans to join the staff Jan. 3-6 for the American Baseball Coaches Association Convention in Dallas.

Immediate plans call for Rinard to come back to northern Indiana this weekend to be in the wedding of former Bethel College player and Concord High School baseball coach Walter Lehmann. Rinard and Lehmann played together in high school. 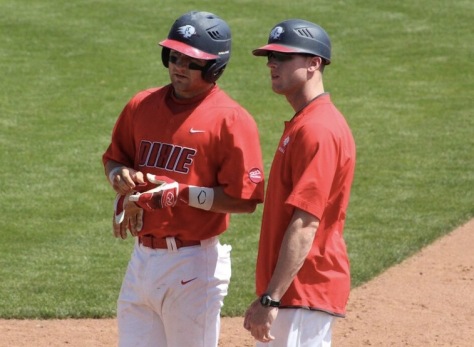 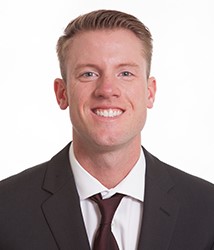