“Our kids grind. We’re not flashy,” says Mattingly. “I don’t have a lot of college recruiters or pro scouts attending our games.

“We just have a bunch of guys who play really, really hard and hate to lose.”

Besides that, it’s all about the team.

“They don’t play for themselves,” says Mattingly. “That’s a testament to their character, their parents and the type of community they’re growing up in.”

That approach has Southridge (24-6) in the IHSAA Class 2A Jasper Semistate against Indianapolis Scecina on Saturday, June 9. A win there sends the Raiders to the 2A state championship game at Victory Field in Indianapolis.

“Our goal is to never take a pitch off, whether that’s offense or defense,” says Mattingly, a part-time assistant in the program for about a dozen years before taking over the reigns from Dave Schank in 2018. “Our mantra is to win every pitch. We grind out at-bats. We grind on the mound when we don’t have our best stuff.

Southridge, located in the Dubois County city of Huntingburg, Ind., is 5-4 in one-run games.

When not pitching, Seger is usually the designated hitter. Allen plays some first base. Gasser is the third baseman.

Of the 11 players who started at some point during the Southridge Sectional or Austin Regional, eight are three-sport athletes and one other is a two-sporter.

“We encourage multi-sport athletes,” says Mattingly. “We get in the weight room and get bigger, stronger faster.

“We can play good baseball, but we’re not necessarily baseball players. We buy into a system. We work on becoming really good athletes in the summer time. We don’t have a lot of flash, but we like to compete.”

Through cooperation between the city, parks department and Southwest Dubois County School Corporation, the Raiders play and practice at League Stadium — famous for its scenes in the movie “A League of Their Own.”

“Our kids enjoy it.”

Southridge is plenty familiar with Jasper’s Ruxer Field, too. The Jasper Wildcats are annual opponents so the Raiders go there every other regular season it’s only about nine miles to the north.

Mattingly is a 1988 graduate of Vancleave (Miss.) High School.

His baseball coach at Mobile was Mike Jacobs, the man who built the Rams program from scratch.

Jacobs’ discipline, attention to detail and grinder approach rubbed off on Mattingly and he used it while coaching Little League and travel teams in Mississippi and in the Huntingburg area. He coached the Dubois County Crush and later the Dirtbags.

Payton Mattingly, Gene’s son, also played for the Indiana Bulls and Ironmen Baseball Club. The 21-year-old just finished at Olney (Ill.) Central College and will be a junior at Asbury University in Wilmore, Ky.

Gene and Traci Mattingly (a 1989 Southridge graduate and a health teacher at the school) also have a daughter — Southridge freshman-to-be Ella Mattingly (14). Older daughter Lexi Mattingly passed away April 20, 2017. 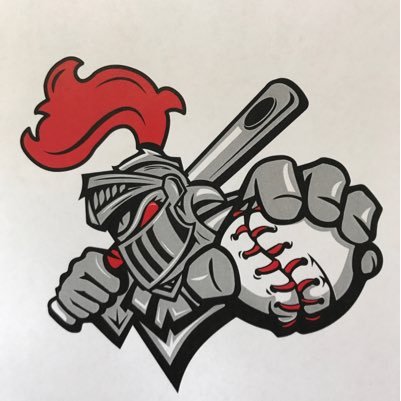