The longer Jeff Pennington is in coaching and education, the more he realizes that developing athletic skills — in his case, baseball — is secondary to fostering character.

“It’s not just the game of baseball,” says Pennington, who is in his seventh season as head coach at Eastern High School in Pekin, Ind., in 2019. “It’s the kind of young men they’re going to grow up to be.”

Seeing young men grow the attributes of respect, mental toughness, hustle and intensity — things that apply to life as well as sports — is what gives Pennington fulfillment.

“We are already know they’re baseball guys,” says Pennington. “What kind of young men we can turn these young guys into?”

Pennington, who teaches at East Washington Elementary School in Pekin, says the those lessons can start long before the teenage years.

“Now we’ve got them in high school. We’re starting see some of those benefits.”

All three of Jeff and Mindi Pennington’s sons — junior Rhett (17), sophomore Snyder (16) and sixth grader Wyatt (11) — are ballplayers. All three play travel baseball. Rhett is with Louisville-based Wolves, Snyder with the Indiana Trailblazers and Wyatt and cousin Garrett Drury (son of brother Wes and sister-in-law Holly) with the Southern Indiana Rawlings Tigers.

There’s a lot of moving parts when getting players to games.

“It takes a village,” says Pennington. “This is one of the advantages of moving back home. Between (family members, including sister Jessica Huls and parents, Ronnie Pennington and Cindy Erwin), you just divide and conquer.

Pennington is a 1992 graduate of Salem (Ind.) High School, where he played baseball for head coach Derek Smith.

Smith showed Pennington that its the relationships with the players that’s important.

“He was the kind of coach you could jell with real well,” says Pennington. “He was easygoing. He could take the discomfort out of you when you weren’t comfortable.”

“I probably learned about hitting then anymore else I’ve been around,” says Pennington. “He was a very good hitting coach.”

Before that, he was an assistant for a couple of seasons at South Central (Elizabeth).

The Musketeers are part of an IHSAA Class 2A sectional grouping with Clarksville, Crawford County, Henryville, Lanesville and Paoli. Eastern has won four sectional crowns — the last in 2012.

“There’s a rich history of baseball at this high school,” says Pennington. “My goal to get it back where Coach Ingram had it.” 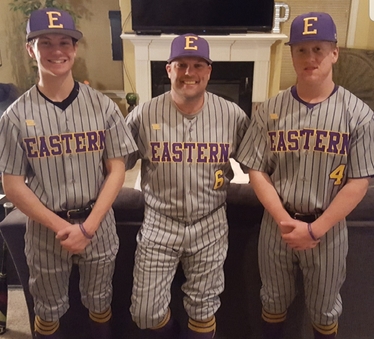 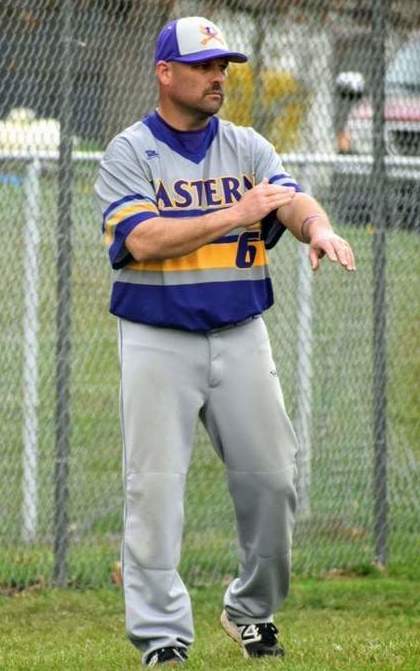