The last time the Vikings had earned the hardware was in 2006 when the program went on to the second of back-to-back IHSAA Class 2A state championships with Mike Swartzentruber as head coach.

North Posey went 22-10 last spring, won the 2A Tell City Sectional and saw the season end in the Austin Regional final with a loss to eventual state runner-up Southridge.

The first season as North Posey head coach was a special one for Jesse Simmons.

After eight seasons in charge at Princeton (Ind.) Community High School, Simmons came to North Posey, where he also works in the guidance department as coordinator for student programs, testing and scholarships.

During his time at Princeton Community, he spent part of his summers managing Princeton American Legion Post 25.

He played two more seasons at Oakland City (Ind.) University for head coach T-Ray Fletcher. Toss in the lessons he gained from playing football at Gibson Southern for head coach John Obermeier and that has formed Simmons as a coach.

“You pick stuff from everybody,” says Simmons. “(Reid) was a no-nonsense kind of guy. He was always upfront. That’s what I try to do. To a fault, I’m almost too truthful.

“(Reid) was also big on the little things.”

A third baseman in high school, Simmons was moved to shortstop at Vincennes when the starter got hurt.

Blemker was known for his passion.

“Everyday he expected things,” says Simmons of Blemker. “This is how it’s going to be.”

The fiery Blemker, who died in 2012, won 1,178 games during a storied career. At the time of his retirement in 2006, that was the most coaching wins in NJCAA Division II history.

Simmons recalls how Obermeier wanted his athletes to “take care of business” and also had a good working relationship with coaches of other sports. They shared athletes at Gibson Southern.

“(Fletcher) is still a big part of my life,” says Simmons, who not only played for T-Ray’s Mighty Oaks but helped coach them during his fifth year of college while pursuing his master’s degree. “That’s when I got the bug for coaching.”

The Vikings are in an IHSAA Class 2A sectional grouping with Evansville Mater Dei, Forest Park, Perry Central, South Spencer and Tell City. North Posey has an enrollment of about 500.

North Posey plays on a field behind the school that it shares with Cub (seventh and eighth graders playing 15 to 20 games in the spring) and Poseyville Babe Ruth programs (Red and Black teams are part of an eight-team league with biggest part being from Gibson County).

Simmons says he hopes to have an American Legion team — Poseyville Post 278 /New Harmony Post 370 — playing their next summer. The plan is to play weekday games to accommodate the weekend travel ball schedules of his players.

Jesse and Courtney Simmons reside in Haubstadt, Ind. with their five children — sons Jeter (9) and Jensen (8) and daughters Albany (7), Vera (6) and Savannah (1).

The oldest of three children, Jesse’s parents are Jim and Diane Hornby. His siblings are Amber and Quentin.

“(Jeter) thrived under pressure,” says Simmons. “He was a good leader. He was never afraid of the moment and the spotlight is a tough place to play.”

Mattingly, an IHSBCA Hall of Famer, is from nearby Darmstadt, Ind., and played high school baseball at Evansville Memorial. 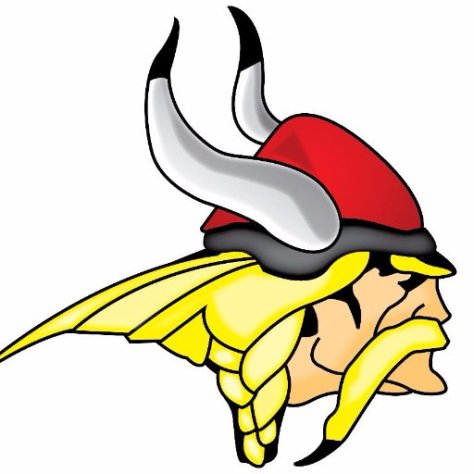