Chuck Weaver went undrafted by Major League Baseball at the close of his college career.

But the 6-foot-4 right-handed pitcher did not let that keep him from becoming a professional.

Weaver, who toed the rubber for Homestead High School in Fort Wayne, Taylor University in Upland, Ind., Vincennes University and Indiana Purdue Fort Wayne, earned his first paycheck for pitching with the Florence (Ky.) Freedom in the independent Frontier League in 2013. He was an FL All-Star in 2014.

That’s when he signed with the Miami Marlins organization and hurled 22 innings with 19 strikeouts and three walks with short-season Batavia.

Weaver worked hard on getting back. He went to 2018 spring training with the Marlins only to be released a few weeks later.

He had played at Homestead for coach Steve Sotir with one season each at Taylor for Kyle Gould and at Vincennes for Chris Barney and two at IPFW for Bobby Pierce.

After his released, the Fort Wayne head coach welcomed Weaver to practice when he asked to throw to Mastodons catchers.

“I still stay in touch with Bobby all the time,” says Weaver of Pierce. “He’s a great guy.”

Florence still held Weaver’s contract and could have returned to the Freedom, but wanted to try his luck in the independent American Association.

“I’m a big family guy,” says Weaver, 27. “I wanted my mom to come watch and support. I feel like this is the best fit of all the teams in the American Association.”

Chuck’s mother and stepfather — Susan Abbott and Rod Abbott — as well as stepbrothers — Ryan Abbott and Ray Abbott — are all in the Fort Wayne area. They’re about 150 miles from Gary.

Weaver made his first start for Gary — a no-decision — Sunday, May 20 at U.S. Steel Yard.

He goes to the mound with a fastball, change-up and slider.

The majority of his fastballs are of the two-seam variety. However, he does have a four-seamer.

When he was making his way back from surgery with the Marlins, Weaver was reunited with former Florence pitching coach Chad Rhoades.

Rhoades, who pitched for Gary in 2012, coached pitchers at short-season Batavia in 2016 and later served as Marlins rehab pitching coordinator. In the latter role, he helped Weaver add a four-seam heater to his repertoire.

On May 31, the RailCats announced they had traded Weaver to Florence.

Like the majority of players in independent baseball, Weaver is looking to showcase himself for MLB-affiliated teams.

He explained the dynamic.

“You see more of a drive for the game and more desire to play (in indy ball),” says Weaver. “In affiliated, I feel a lot of the guys took it serious but not as serious as the guys here.

“It was more individualized in affiliated and it’s more (team-oriented) here. People are helping each other.”

While developing in an affiliated system, players may spend a lot of time working on one particular element of their game and teams are not focused as much on winning as getting the player up the chain toward the big league team.

“Guys would go out there and throw only fastballs because they had to work on fastball command,” says Weaver of affiliated ball. “Here, you’re trying to get that shot. You want to showcase all your stuff.

What does Weaver see as his strengths?

“I’m a real hard worker,” says Weaver. “I wasn’t drafted, but I felt like a pushed my way (to affiliated baseball). I have to continue to push myself.

“Even if I’m tired after a long bus ride, I have to take it serious and get my work in. I can’t be lazy about it. 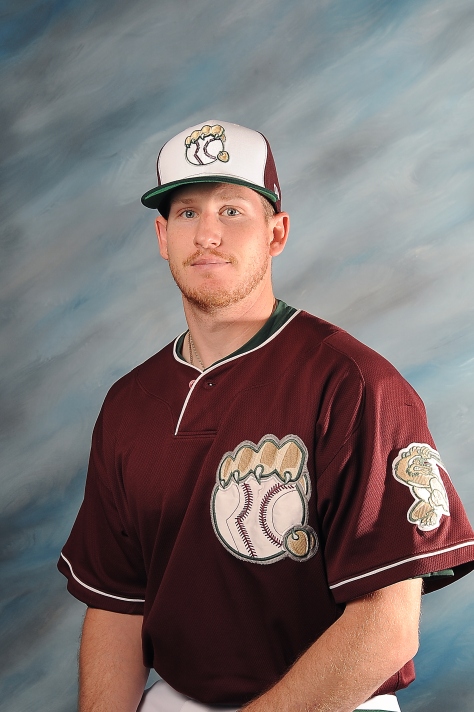