“‘Get better everyday.’ That’s what I say to these guys,” says Nadolny. “If you had a bad day today, tomorrow’s got to be better for you. Let’s find something positive in what you do everyday.

“This is such a mental game and confidence in high school is everything. You fail. You learn. You go on and get better.”

The coach knows that an average high school team with some confidence is going to be a superior team without confidence much of the time.

Nadolny wants his squad to improve as its progresses through fall ball to winter workouts to preseason indoor training to the first time they step outside in the spring. Then there’s the in-season adjustments.

“We get better at the year goes on every year,” says Nadolny. “We share a lot of kids athletically (at an IHSAA Class 3A school with an enrollment around 600). We don’t have a lot of travel baseball players. We’ve elevated some kids to a pretty good level.”

While Nadolny — aka “Nud” — will raise his voice when he deems it necessary, he is not the yeller and screamer he was as a younger coach — a result of mellowing with age and with the athletes he’s now coaching.

“Kids are a little bit more sensitive nowadays — to a point,” says Nadolny, a 1981 South Bend Riley graduate. “Not everybody is the same. I understand kids and I read kids now better than I ever did.

“We’ve had our success.”

In 24 years as a head coach (at both Riley and Glenn), Nadolny is 480-223. He has sent 36 players on to college baseball and had Josh Glenn (1995 by the Philadelphia Phillies) and Andy Groves (2003 by the Kansas City Royals and 2007 by the Colorado Rockies) taken in the Major League Baseball First-Year Player Draft.

Four of Nadolny’s players have been chosen for the IHSBCA North/South All-Star Series — Glenn (1995) and Brian Stultz (1996) at Riley, Groves (2003) and Justin Gierlowski (2014; he did not play) at Glenn. Stultz was MVP of the series in Jasper.

Two of his former Glenn catchers —  the ones that he trusted to call all the pitches — are now college coaches. Doug Buysse is head coach at Indiana University South Bend and Adam Piortowicz is an assistant coach and recruiting coordinator at Western Michigan University.

Nadolny’s Falcons reigned at the Kankakee Valley Sectional in 2016 and 2017 and have all 23 pitching wins back for 2018.

“Those were awesome weekends when you had to win two in a day and there was no class system. No one remembers those anymore,” says Nadolny. “You might win three games in the sectional then two at regional, two at semistate and two at state. Those days are long gone. You had to have two really good pitchers.”

The long-time coach does not take all the credit for the winning.

“I’ve been good because I’ve had good assistants,” says Nadolny, who has Joe Gambill as a varsity assistant. Gambill has been with Nadolny for all but one of his seasons at Glenn. Leland Travis (third season) and Brad Laskowski (second season) lead the junior varsity Falcons. Denny Stull was Nadolny’s assistant in all nine of his years in charge at Riley.

Nadolny sees himself as the product of the people who taught him the game over the years. Some of the ways, he loved and adopted. Others, he did not and did not make a part of his program.

“As I decided I was going to be a coach and a teacher, I kind of picked and pecked from everybody,” says Nadolny. “Everybody did things differently and tried to get the same result.

“I’ve was fortunate enough to play and coach against (Indiana High School Baseball Coaches Association) Hall of Fame coaches like Ric Tomaszewski (South Bend Washington), Len Buczkowski (South Bend Adams) and Jim Reinebold (South Bend Clay). They were all successful. Why wouldn’t I follow some of the things they’ve done? I took my personality and the way I feel about stuff and it all blended together.”

After playing for Jackson Middle School in ninth grade, Nadolny was a three-year varsity player for Ralph “Peanuts” Pieniazkiewicz at South Bend Riley High School and then played four seasons for Dick Patterson at Bethel College in Mishawaka.

“I learned a lot from Ralph. I learned discipline,” says Nadolny. “He was like a second father to me. I played for him and coached with him (1987-90) and took the Riley job when he left.

Nadolny grew to appreciate Pieniazkiewicz as the years unfolded.

“I got to understand him a little more about where he was coming from as I got older — like you do with anybody else,” says Nadolny. “As your life goes on you learn to see things through other people’s eyes and you step in their shoes a little bit.

“It’s the process of learning and living and coaching. As a player, you think you know everything.”

Nadolny drew some lessons about relationships from observing Patterson.

“He knew how to treat people,” said Nadolny. “One thing about him is that he let us play. We were pretty good.”

As a senior in 1986, pitcher/first baseman Nadolny played for a Bethel team that won the National Christian College Athletic Association World Series in Chattanooga, Tenn. The Pilots had to win three games on the last day of the double-elimination tournament, which meant Nadolny missed graduation exercises.

“That was probably the happiest day of my life,” says Nadolny. “Anytime you’re on the field with a chance to play is a good day.

“There were a lot of good ballplayers at Bethel.”

The Pilots had a roster filled with South Bend area talent.

Nadolny established standards at the time with 12 home runs and 56 runs batted in. His slugging percentage was .736 in 1986 and .623 for his college career. When he was a freshman, Scott Anderson (Penn) hit .469 — which still stands as the top single-season mark in Pilots history.

John first learned the game on the lots around his South Bend neighborhood and at South Bend Southside Little League, where his father Stanley became a fixture. Stanley and Betty Nadolny had five children — Cathy, Jackie, Steve, Rick and John. Steve is a member of the Manchester University Athletic Hall of Fame.

John learned from his big brothers and while playing for South Bend American Legion Post 357 and later in the Michiana adult league with the St. Joe AC’s.

After college, the youngest of the Nadolny offspring went into teaching in South Bend and became a Riley baseball assistant. He was with the Wildcats until 1999 then did some scouting before landing the coaching job at Glenn. He has also been a special education teacher at the school in Walkterton.

This fall, Nadolny has conducted optional open fields a couple times a week while planning a trivia night fundraiser. When fall ball wraps, work will begin in earnest on upgrades to the home and visiting dugouts.

At Glenn, it’s all about continual improvement. 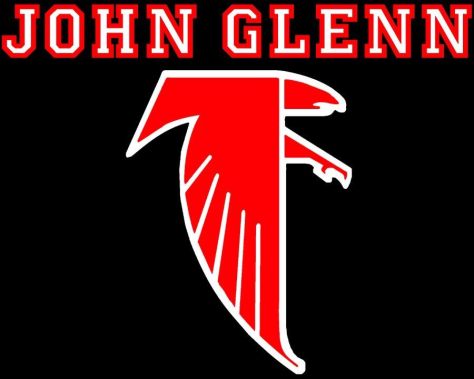 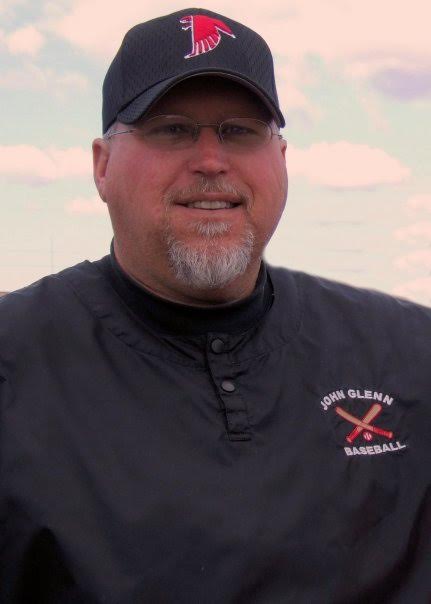 John Nadolny is heading into his 25th season as a high school head baseball coach in 2018. It will be his 17th at John Glenn in Walkerton, Ind. He started his career at his alma mater — South Bend Riley. He has 480 career victories. (Gregory Ladewski Photo)