Link Jarrett has been studying the art of hitting and teaching it at the highest levels of college baseball for more than two decades.

First-year University of Notre Dame head coach Jarrett presented his ideas on “Building Complete Hitters” to the 2020 Indiana High School Baseball Coaches Association State Clinic. The the head coach at the University of North Carolina at Greensboro, he spoke on the same subject at the 2019 American Baseball Coaches Association convention in Dallas.

What about the stance?

“Where guys stand in relationship to the plate is probably under-taught, under-studied, under-utilized,” says Jarrett. “Where that hitter stands side-to-side is very important. Front-to-back, to me, is not as important.”

Jarrett says he moved one player out of 20 forward in the batter’s box during fall practice.

“The strike zone and the hitting zone is based on where you stand in relationship to the plate,” says Jarrett. “It always has been and always will be.

“You have to be able to cover the outside part of the plate and adjust in. Some guys might be slightly opened or slightly closed (with their stance). Where they end up is what I’m looking for.”

Jarrett says that hitters get things going in their swing with a negative move (an initial move away from the pitcher).

“As you load physically, you also need to prepare mentally to be aggressive, look where you’re looking and do damage,” says Jarrett, who notes that some hitters will step straight back and others will sink back.

With less than two strikes, the goal is to drive the ball.

“Where are we with our lower body when the front big toe and the ball of the foot lands?,” says Jarrett. “The launch position for me is really waist up.

“When (hitters) coil, I want their shoulder alignment with the “off” infielder (shoulder pointed at the shortstop for left-handed hitters and the second baseman for right-handed hitters).

“I like the top hand to be even with the back shoulder. Everything should be on one level plane.

“I look for the knob of the bat to sit over that back foot (when they get to the toe touch).”

Jarrett says he doesn’t the barrel of the bat wrapped too far behind the head.

“A good key is that the sweet spot of that bat gets to the mid-line of the head,” says Jarrett. “That’s a pretty good check point.”

Hitters then reach a 50-50 athletic position as they plant their heel.

When the back elbow gets near the hip, the back heel and back knee will start to come up.

When the swing is made, it is made an a parallel plane toward the pitcher.

Contact depth depends on the location of the pitch. The ball away is hit a little deeper. The middle ball is struck even with the front foot. To drive the inside ball, it must be contacted in front of the stride foot.

“I want the finish to match the timing, location and plane of the pitch,” says Jarrett. “Versus finishing with two hands or one hand, high or low.”

Jarrett says that hitters must be able to compete and that means tracking pitches.

Notre Dame hitters train for a 22-inch wide zone with emphasis on 11 inches, which may be away, middle or in.

“Hitting is timing and it’s fastball rhythm,” says Jarrett. “Can you time the fastball and hit off that?

An example would be hitting with two strikes and being ready for a 94 mph fastball and an 86 mph slider comes instead.

“You have to survive,” says Jarrett. “It’s done best if you are in a very consistent back-leg simple hitting position.”

Jarrett played with Todd Helton and against David Ortiz in the minor leagues.

“Todd Helton had the best focus and concentration I’ve ever seen,” says Jarrett. “He wasn’t as big as all those guys in the Eastern League with us. David Ortiz was probably the strongest. Helton was probably the most locked in pitch-to-pitch.”

Jarrett’s definition of approach is “a mental and physical strategy for competitive in-game success.”

“You have to have aggressive, but you also must be patient,” said Jarrett. “Helton was the most-disciplined hitter I saw.

“If you gave him what he was looking for, this guy was going to annihilate that. If he didn’t get it, he had enough patience to take it.”

In grading Quality At-Bats, Jarrett ranks contact on a 3-2-1 scale (whether it’s off front toss, the tee, a machine or live pitching).

“You got three points for doing a job,” says Jarrett. “The strikeout is still the Kryptonite of my QAB. I haven’t changed it any in 20 years.

“You have to be able to put the ball in play.”

Jarrett says overall fielding percentages in Major League Baseball are very good. It tends to go down for college baseball and again for high school baseball.

“The more we can put the ball in play with two strikes, the more chance we have to somehow score and somehow win. Period,” says Jarrett. “I’m not into the strikeout being just another out. It’s not. If you put it in play, there’s not guarantee it’s an out at all.”

Since college players don’t have the power of Aaron Judge and don’t hit the kind of rock-hard baseball they do in the majors, thinking balls will consistently leave the yard is the wrong approach.

“We have to hit as many line drives as we can possibly hit. End of story,” says Jarrett. “Do I want some of those to go out? Absolutely right.”

When he was coaching at Auburn University, the Tigers hit 131 home runs in one season and the bat was changed the next season to the BBCOR.

Hitters learn to “spit” on breaking balls or pitches they think they can’t put a “3” contact swing on.

“We are going to demolish the fastball,” says Jarrett. “The middle of our lineup should be fastball-and-adjust types of hitters.”

By training for all the possibilities in practice, Jarrett says hitters can sort pitchers into categories.

Jarrett values tee work and that means adjusting them when necessary.

“If I can’t handle the zone off a tee, then I got the wrong tees,” says Jarrett. “You have to be able to navigate those zones.

“Put we the limit on that tee hard and say what they’re hitting — ’94 up and in.’ Thwack! ’Left-handed breaking ball down.’ Thwack!”

Jarrett prefers standing front toss so the path is similar to an actual pitch.

“When you’re sitting in a chair coming uphill, it doesn’t work,” says Jarrett.

Facilities sometimes dictate what teams can do in practice. Creativity is key.

He likes to utilize the long batting cage. He favors the two-wheel pitching machine because the hitter can see from the same game-like angle and the position of the wheels tells them where the ball is going to go.

At Notre Dame, the machine sits on the back level part of the mound 54 feet from the plate and is set for 80 to 83 mph.

“We don’t go at 94 mph,” says Jarrett. “If that machine is throwing that hard it just doesn’t correlate. I can’t explain it. I’m not a scientist.

Hitters take four to 10 swings per round.

Batting practice in the long cage is thrown from 36 to 40 feet.

“There has to be that little mechanism so they can track visually and time the ball,” says Jarrett. “It’s all about intensity and line drives.

“That cage stuff should be tough (and competitive).”

BP on the field is thrown from about 36 feet and is results-based with runners on-base.

Hitters may be asked to hit-and-run, hit behind the runner, safety squeeze etc.

“We want to use the field,” says Jarrett. “It’s not all pull. It’s not the other way.

“That whole field has to be used with some authority.”

There are individualized goals at various drill stations — cage, tee or on the field.

“Swing mechanics are individual,” says Jarrett. “It’s what you need. (Niko) Kavadas may not need to do with (Daniel) Jung is working on.

There are also video skills sessions where things can be learned from a short video of four or five swings.

“We have 27 things offensively we can do,” says Jarrett. “(Players) have to understand all 27.”

Jarrett says team offensive evaluation includes how well a team runs the bases, reads the dirt balls, communicates with coaches, slides and so on.

Jarrett says there is a responsibility is being the man in charge.

“But, to me, there are some that I don’t know if they earned Coach. Were they accessible to help the guy play? Help them train. Everybody’s got a different type of facility. Do we keep it up?

“Do you study what they do and explain it to them, knowing that it’s the right stuff?” 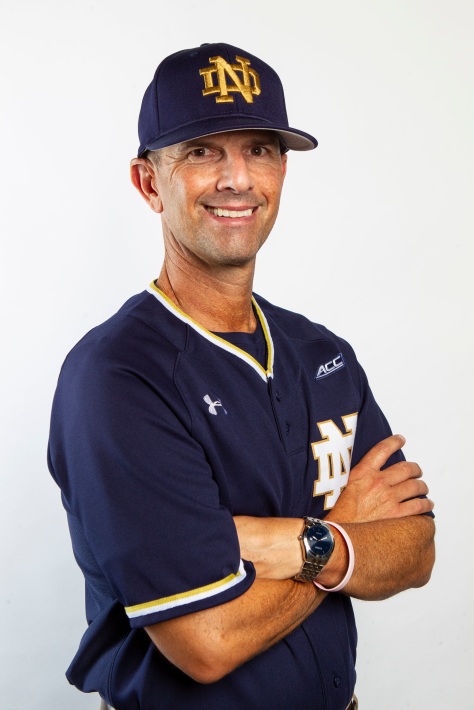