Ken Jones was very involved with baseball the past dozen years as an instructor.

He returned to the college coaching ranks in October 2019 and it “got juices flowing again.”

“It was a pretty good timing situation,” says Jones, who was asked to join the staff of new Mastodons head coach Doug Schreiber in the same town where he teaches lessons. “He was looking for some guys and I wanted to get back into it.”

Jones, 48, was an assistant coach/recruiting coordinator for American Baseball Coaches Association Hall of Famer Fred Decker at Western Michigan University (1999-2004) and assistant to Rich Maloney (1997 and 1998) at Ball State University in Muncie, Ind., before going to work at WBA.

“Coach Decker treated you with a lot of respect and communicated very well,” says Jones. “He told you what he expected and you needed to do it. I still have a lot of his attitudes that I use today.”

“(Maloney) helped me get my start. He was really good on the infield. On the recruiting side, he was good as projecting what kids were going to be. He looked at their body type and athleticism. Mid-majors have to project some kids and then they develop over two or three years and become that top-level kid.”

Twice an academic All-American at WMU, where he earned a degree in aviation operations, he gained a master’s in sports administration at BSU in 1998.

The relationship at Purdue Fort Wayne brings together sons of baseball pioneers. Bill Jones and Ken Schreiber helped form the Indiana High School Baseball Association in 1971. The elder Jones was the organization’s executive director for many years. Schreiber won 1,010 games, seven state titles and was elected to 13 halls of fame. Jones passed away in 2015 and Schreiber in 2017.

“I think I’ve got my old dad in there,” says Jones of his coaching approach. “Every once in awhile you have to light a fire under a guy. You can’t be one-dimensional. You have to know your kid and know what works for them. You coach accordingly.

“When my dad coached you could be a little more tough, demanding and vocal. It was a different generation. You have to roll with the times a little bit and see how kids respond. It’s a different society. You have to understand how the kids tick.”

At PFW, Ken Jones has been working with hitters, catchers and outfielders.

“My strongest abilities lie with hitters,” says Jones, who came to find out that he shares a similar philosophy on that subject with Doug Schreiber. “We want low line drives. We want hitters to keep the barrel on the ball through the zone as long as possible.

“We want guys to focus gap to gap.”

Jones says his hitters sometimes ask questions about things like exit velocity and launch angle, but he has the Mastodons focusing on what happens once they strike the ball.

“We can still see what needs to be done without having all the bells and whistles,” says Jones, noting that PFW pitchers do some work with Rapsodo motion detection data. “In our first 15 games (before the 2020 season was halted because of the COVID-19 pandemic), it was refreshing to see we had some decent results without all the technology focus.”

As a player for his father at DeKalb High School in Waterloo, Ind., and for Decker at Western Michigan, Jones was a two-time all-Mid-American Conference catcher and was selected in the 33rd round of the 1995 Major League Baseball First-Year Player Draft and played briefly in the San Diego Padres system.

His emphasis with Purdue Fort Wayne catchers has been on receiving, blocking and throwing.

“I’m learning through my son and other catching guys,” says Jones, whose son Hayden Jones, a lefty-swinging backstop who played at Carroll High School of Fort Wayne and sat out 2020 after transferring from Mississippi State University to Illinois State University. “I’m trying to gain some new knowledge.

“You never want to be satisfied with where you’re at and educate yourself on better ways to get things done. You soak in some information and put those things in your tool box. We do that as coaches and players. You figure out what works and what doesn’t work.”

McNeil is the pitching coach and organizes much of the recruiting. The coronavirus shutdown has made that process a little different.

“It’s phone calls,” says Jones. “We wan’t have kids on-campus. We are able to walk through campus with FaceTime.”

In some cases, a player might commit before ever coming to Fort Wayne.

Some summer collegiate baseball leagues have canceled their seasons and others are playing the waiting game.

“Guys will be scrambling (for places to play),” says Jones. “It will be a very fluid situation the whole summer for the college guys.” 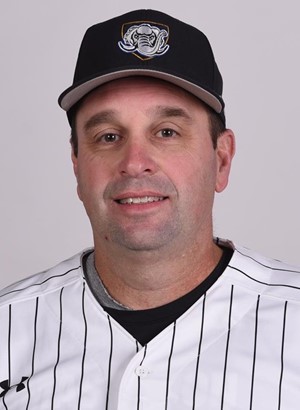