Kevin Christman has been in professional baseball for well over half of his 54 years. He signed his first pro contract as a teenager.

While he is assessing his next move, Christman is helping out Sue and Chris Estep at Round Tripper Sports Academy.

“I’m giving back to the game,” says Christman, who has served as a general manager, coach and advisor on curriculum, facilities and the baseball industry over the years at the place where sons Garrett and Connor Christman trained and played for the Indiana Mustangs as well as Noblesville High School’s 2014 IHSAA Class 4A state champions, which were recently inducted with the NHS Athletic Hall of Fame’s Class of 2020. “I’m giving back to the program. I’ve always been available for them.”

Christman went to Archbishop Mitty High School in San Jose, Calif., and was a 6-foot-3 catcher in the Philadelphia Phillies and Giants systems before beginning his scouting career on the West Coast with the Milwaukee Brewers and joined the Giants player evaluation staff in 2006.

Along the way, the Midwest became his territory and he and wife Linda moved their family to central Indiana.

Christman has watched technology grow and become a big part of player development.

“It’s changed strength level opportunities,” says Christman. “We understand nutrition and what’s out there to use.

“There’s still a lot of unproven aspects of the technology. The game’s the game. But you don’t leave any stone unturned. You use all resources.”

Chistman uses technology, but he has long employed his evaluation and personal skills to find prospects and to see what makes them tick.

“My job was to always bet on a heartbeat,” says Christman. “With what we were spending on players, that’s just as important. We can’t lose sight of that.”

Christman studies players. Once they pass the eye test, he goes in-depth.

“What has he learned? What has he not learned?,” says Christman. “I could almost be like an FBI agent.”

Like other scouts, Christman would project a player’s potential to get to the majors.

“It’s all conjecture,” says Christman. “I think he can do this.

Only a small percentage of players who enter the system will ever have a cup of coffee in the big leagues.

Things like make-up often make the difference between those who break into the majors and those that don’t.

The proving grounds in baseball is at the high school and college levels.

Christman says many big leaguers were signed out of high school. But the latest trend is to sign college players.

“(Colleges can) develop them three years longer,” says Christman. “(Professional teams tend to) go with a proven track record. History will prevail. That’s what’s driving the sport now. There will be another adjustment later.”

Of course, not all big leaguers are known on the national level by the time they’re 16 and performing in showcases.

“One of the joys of scouting is finding that one guy who’s not in the mainstream,” says Christman.

That’s the story of Adam Duvall, a graduate of Butler Traditional High School in Louisville who played at Western Kentucky University and the University of Louisville, made his Major League Baseball debut with the Giants and played with the Cincinnati Reds 2015-18 and the Atlanta Braves in 2018-19. He was a corner infielder in college and has been mostly a left fielder in the bigs.

“His signing was not analytically-driven,” says Christman of Duvall. “He made the game look easy. He had better than average makeup.

“He’s a worker. It’s the grass roots story of a champion.”

MLB has been talking about shrinking the minor leagues, possibly a contraction of 25 percent of teams. If that happens, what would it look like?

With rookie leagues decreased or eliminated, Christman says its likely that players with the least amount of experience would remain in an extended spring training setting before going to Class A ball.

“They will keep players in the complex longer and there will be a higher revolving door at the top,” says Christman. “Either they’re big league players or they’re not.

“It’ll be a little more hands-on at a younger level.”

Noting “it’s all about spots,” Christman says it will harder to enter into baseball at the lower level.

As it stands now, minor leaguers train and play with their organizations from March to September and then are essentially on their own until the next spring.

Christman says a streamlined affiliated baseball could see teams conducting mini-camps throughout the year kind of like OTA’s in football. 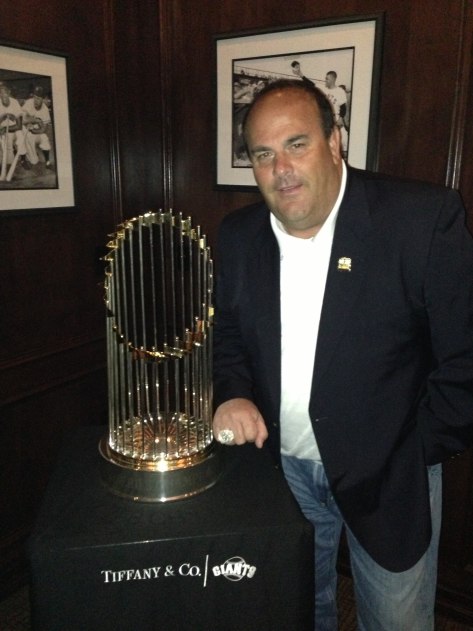 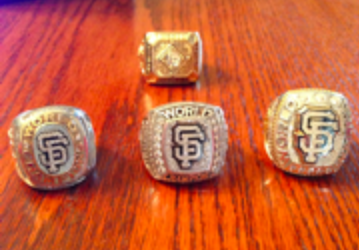 Kevin Christman earned three World Series rings as a scout for the San Francisco Giants. The Noblesville, Ind., resident has been in pro baseball for more than half his life.

10 thoughts on “Christman sees baseball through a scout’s eyes”