Already established on the coaching scene at Tri-Central Middle/High School in Sharpsville, Ind., Shane Arnold has added head baseball coach to his list of roles and he has goals for that group of Trojans.

“Our focus is to get back to the basics, be better fundamentally and get the numbers up,” says Arnold. “We want to make sure the kids are giving back to the community and be visible in the youth leagues.”

Arnold is in his second season as head football coach at Tri-Central after 14 years as a TC gridiron assistant. He spent the past two springs as the school’s head softball coach and had held that position at Taylor High School in Kokomo. He has been involved in youth baseball for decades.

A year ago, Tri-Central had 11 high school baseball players. The year before that, it was nine. Arnold says he would like to have enough players to field a varsity and junior varsity squad.

With Arnold coaching football, there was no Limited Contact practice at Tri-Central this fall, but the Trojans will be working in the winter to develop arms and and develop other skills.

Arnold was involved when leaders of the Tri-Central Youth Baseball League decided a few years ago to start playing area schools in age division competition.

“We knew that in the future, the high school team will reap the benefits,” says Arnold. “We’re seeing better baseball and having to play at a higher level.”

Tri-Central (enrollment around 250) is a member of the Hoosier Heartland Conference (with Carroll of Flora, Clinton Central, Clinton Prairie, Delphi Community, Eastern of Greentown, Rossville, Sheridan and Taylor).

In recent seasons, HHC teams have played each other one time. In 2019, TC’s non-conference opponents were Elwood, Faith Christian, Northfield, Northwestern, Oak Hill and Tipton.

The Tipton County-based Trojans are part of an IHSAA Class 1A sectional grouping with Anderson Preparatory Academy, Cowan, Daleville, Liberty Christian, Southern Wells and Wes-Del. Tri-Central has won three sectional titles — 1987, 2003 (1A) and 2004 (1A).

Arnold expects to have athletes splitting their time between track and baseball. Sharing athletes at a small school means cooperation among coaches.

“All get along and work together,” says Arnold. “Kids have to pitch which sport is their priority.”

“There are several in next few years that could play at the next level,” says Arnold, who will be assisted by Scott Overley, Jason Dyer and volunteer Dean Muehller.

Tri-Central plays its game on campus. There are no planned updates to the field, but the Trojans are expected to get a new look.

“They used to have an all-white home uniform,” says Arnold. “We’re going to get away from that. We have a grass field with brick dust and it’s hard to get that stuff out.”

Consequently, Tri-Central will go with gold tops at home, blue tops on the road and gray pants.

Shane and Kelly Arnold have been married for 28 years and have four children and three granddaughters. Son Shane Thomas Arnold is an Elwood High teacher and the Panthers new head baseball coach. Daughter Caitlyn is married for a Marine at Camp Lejeune in North Carolina named Jordan. Son Aiden is a Tri-Central senior football and baseball player. Son Brody is TC sixth grader who plays football, basketball and baseball.

“There’s no down season at our house,” says Arnold. “It’s football, basketball, baseball, something.” 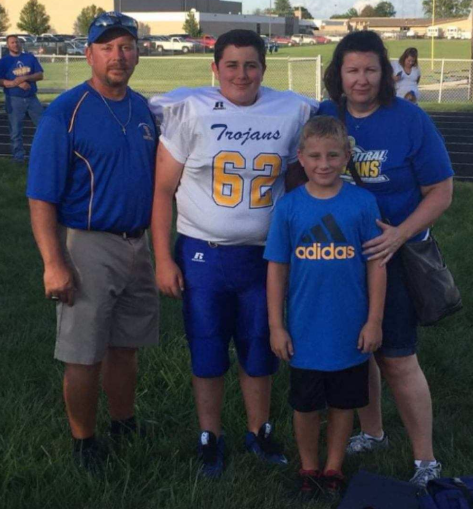 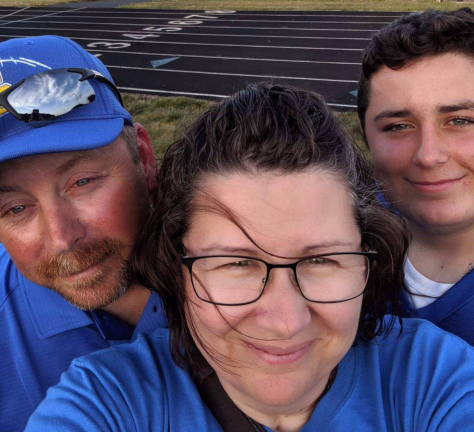 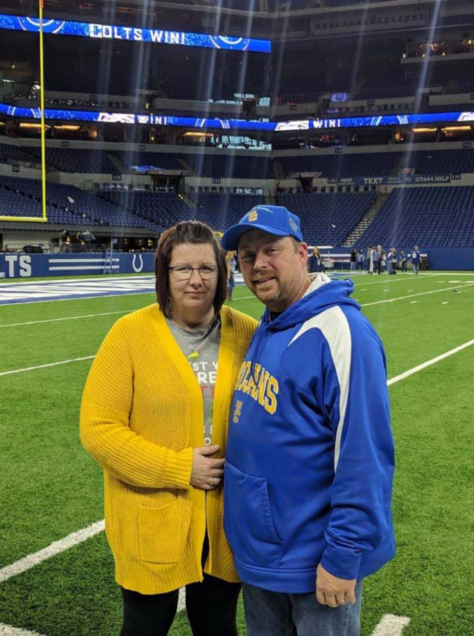 Kelly and Shane Arnold pause while on the field at Lucas Oil Stadium in Indianapolis. Shane is the head football and baseball coach at Tri-Central High School in Sharpsville, Ind. 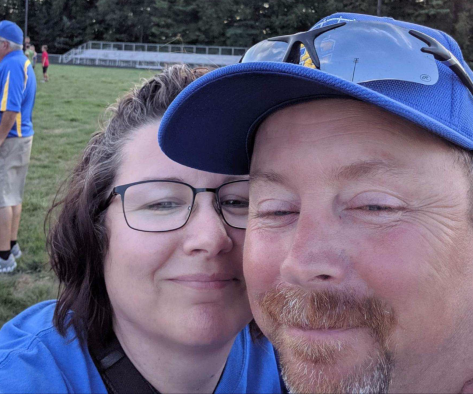 Kelly and Shane Arnold have been married for 28 years. He is head baseball and football coach at Tri-Central High School. He has coached softball Tri-Central and Taylor High School and been involved in youth baseball for decades. 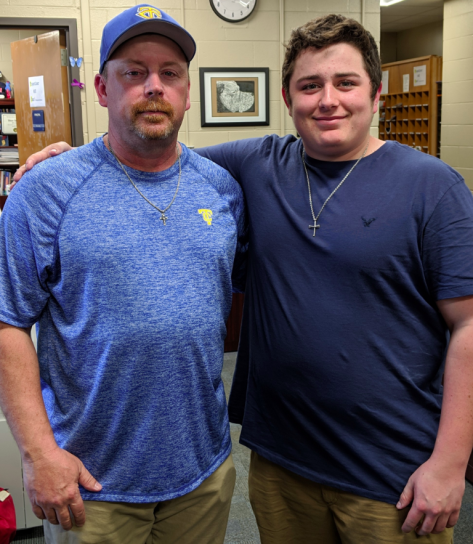 Shane Arnold (left), the head baseball and football coach at Tri-Central High School in Sharpsville, Ind., stands with son Aiden, a senior on both teams in 2019-20. 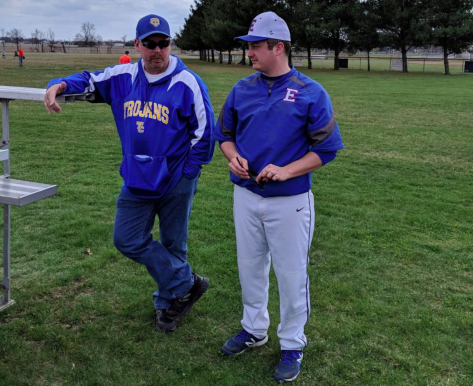 The two Shane Arnolds between games of a 2019 high school baseball doubleheader. The father (on the left) is head coach at Tri-Central High School. The son (at the right) was an assistant last spring and is to be the head coach at Elwood (Ind.) Community High School in 2020.

9 thoughts on “Giving back to community important to Arnold, Tri-Central Trojans”