Circumstances kept the family of Scott Rolen away as he was inducted into the Indiana High School Baseball Coaches Association Hall of Fame.

But the former Jasper (Ind.) High School standout and 17-year major league third baseman had his loved ones on his mind during festivities Friday, Jan. 18, 2019 in Indianapolis.

Scott and Niki Rolen have two children — Raine (14) and Finn (11). Their daughter got sick at basketball practice so they were unable to be at the Sheraton at the Crossing.

Now the director of player development — a volunteer position — on head coach Jeff Mercer’s baseball staff at Indiana University, Rolen is around the lend his expertise.

By rule, he does not coach individuals and can only recruit on-campus. But he can evaluate and provide input to that the Hoosiers can use.

“I can coach the coaches, basically,” says Rolen. “I can talk with them about practice strategies and what each player can work on.

The position allows him freedom for family time.

“The kids are my first priority,” says Rolen. “I bounce in and bounce out.”

Last summer, Scott and Dan Held coached their sons on an Indiana Bulls 10U Grey travel team. Rolen lives in Bloomington and brought six players from his neck of the woods, including son Finn. Held, who lived central Indiana and served as Bulls executive at the time, added six players, including son Boston.

The team played a small schedule and was done by the first part of July.

“Everybody could go on vacation, have fun or play other sports,” says Rolen. “They could swim, throw the frisbee, have a blast.”

He anticipates a similar schedule for an 11U team in 2019. Dan Held is now assistant coach/recruiting director at IU.

Rolen played for the original Bulls team co-founded by Dave Taylor in the early 1990’s. The club featured top talent from around the state and played when the baseball landscape was much different than today.

The travel baseball world has really morphed into something big,” says Rolen. “I’m very careful with my son.

“I love high school sports. I love rec sports. There’s spot for some extra baseball, but I believe in playing year-round everything.

Rolen, who was Indiana Mr. Baseball and runner-up to Indiana Mr. Basketball as a Jasper senior, also played tennis in high school. He was offered a basketball scholarship to the University of Georgia before being selected in second round of the 1993 Major League Baseball First-Year Player Draft by the Philadelphia Phillies.

He was the 1997 National League Rookie of the Year and went on to play for the St. Louis Cardinals, Cincinnati Reds and Toronto Blue Jays. He finished with .281 average, 2,077 hits, 316 home runs and 1,287 runs batted in and 1,211 runs scored. He was an eight-time Gold Glove winner and recipient of a Silver Slugger Award in 2002. He earned a World Series ring in 2006 with St. Louis. He has had four shoulder surgeries and is scheduled for back surgery next week.

Scott grew up the youngest of Ed and Linda Rolen’s three children behind Todd and Kristie.

Mom and dad were teachers and the Rolen kids were busy with sports. But they found a way to get together at meal time.

“We have a real close tight-knit family,” says Rolen. “My parents never missed a ball game, whether it was mine, Kristie’s or Todd’s. They split up, divided and conquered.

“They really put us in a nice position to succeed in sports and school and gave us a nice solid upbringing.”

Rolen made a major gift of an unspecified amount for the construction of IU’s Bart Kaufman Field in 2013 and the clubhouse is named in honor of his parents.

Scott makes a point of telling his father how much appreciates his father. Ed Rolen, who is now in Florida and unable to travel, can’t understand the fuss.

“Dad’s the kind of guy that when I thank him, he says ‘for what?,’ says Scott. “Well, for being a great dad.

“He was there and he loved us — always.”

Rolen, with brother Todd as executive director, has been showing love to other families through the Enis Furley aka E5 Foundation.

“It’s named after an error at third base,” says Rolen. “You poke a little fun at yourself from time to time.”

Through E5, Indiana Children’s Wish Fund and other organizations, four families with special needs children are identified and all their expenses are paid to come to Camp Emma Lou, a property of about 75 acres on Lake Monroe near Bloomington.

These kids get to experience a petting zoo, baseball field, bond fires, swim in the lake and more.

“It’s just a little something that we can give back,” says Rolen.

The foundation also brings sixth graders in Monroe County — about 1,000 kids — to the camp in spring and fall for leadership field trips and team-building activities.

“We talk to them about things that are going on in their lives,” says Rolen.

Scott (Class of 1993) and Todd (Class of ’91) played baseball together for IHSBCA Hall of Famer Terry Gobert (induction Class of 2007). In Todd’s senior year, the Wildcats rebounded from a tough start to advance to the IHSAA State Finals.

“We had to get our work done. If we don’t do our work, we’re going to wear pants and we’re going run.”

Rolen was nominated for the Hall of Fame by Ryan Berryman, head coach at Western High School and also an Indiana Bulls coach.

Hall of Famer Ray Howard (induction Class of 1990) is executive director of the IHSBCA Hall of Fame, located on the Vincennes University campus in Jasper, and was again behind the mic at Friday’s banquet. The Hall is about to unveil more display space. 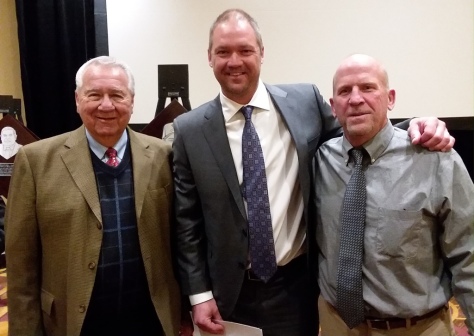 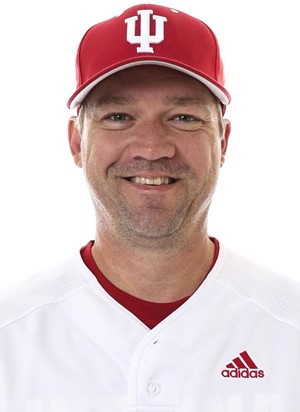 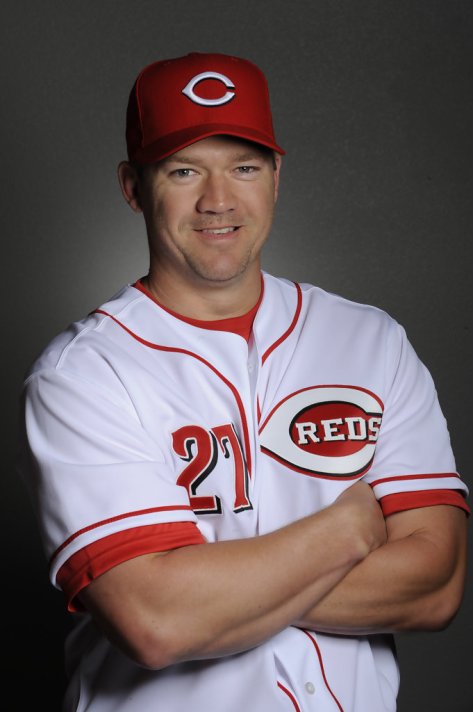