Baseball is important at Rushville (Ind.) Consolidated High School and the the place where the Lions roam is getting a facelift.

The school took over the diamond once run by the Rush County Council of Clubs and facility is going through some major renovation.

New fences and dugouts are expected for the 2019 season. The field already has lights.

“The kids are really excited about it and that’s what it’s about,” says Kyle Harpring, a 1998 Rushville graduate who is heading into his seventh season as Lions head coach. “We’re hoping with the upgrades we’ll get a chance to host a sectional.”

Rushville is in an IHSAA Class 3A sectional grouping with Batesville, Franklin County, Greensburg, Lawrenceburg, Madison Consolidated and South Dearborn. The Lions last won a sectional title in 1999.

A member of the Eastern Indiana Athletic Conference (with Batesville, Connersville, East Central, Franklin County, Greensburg, Lawrenceburg and South Dearborn) since 2013 after years in the Hoosier Heritage Conference, Rushville is coming off a 2018 season where it went 15-10 overall and 7-7 in the conference, which was won by Franklin County.

The EIAC determines its champion with home-and-home series on Mondays and Thursdays.

Harpring says he expects to have about 25 players for varsity and junior varsity squads with about the same number in the middle school program.

Eric Harpring, who was a pitcher and outfielder at Huntington University, is Kyle’s brother.

“Eric brings a lot of knowledge to the table,” says Kyle Harpring. “I enjoy being able to share experiences with him.”

The Lions have produced five Indiana High School Baseball Coaches Association North/South All-Star Series players and there are related — Brian Harpring (1989), Eric Harpring (2006) and Caleb Fenimore (2010). Brian is an uncle and Caleb a second cousin to Kyle and Eric.

“I was really lucky,” says Kyle Harpring. “I got to play for some really invested baseball guys.

“They were good about instilling the importance of being fundamentally sound, playing hard all the time and knowing the focus you have to have as your progress up the levels. You can’t take plays off.”

Harpring grew up in what he calls a baseball family.

Kyle is the oldest of Mark and Karen Harpring’s three sons. Second son Scott is two years younger than Kyle. Eric was eight grades behind Kyle in school.

After graduating from Franklin College (2003), where he did not play baseball, Kyle Harpring went into teaching. His first job was at Lawrenceburg, where he was an assistant to Tigers head coach Joe Vogelesang and on the same staff with current Lawrenceburg head coach Nick Tremain.

“Joe was phenomenal to coach with,” says Harpring of Vogelgesang. “I was a middle infielder. Joe pitched professionally (in the Los Angeles Dodgers and Toronto Blue Jays systems). I learned an awful lot about pitching from Joe.

“He’s very intense and cares a lot about the kids and the game and playing it the right way.”

A basketball coach while still in college, Harpring has coached that sport from seventh grade through varsity assistant with roles at Rushville, Lawrenceburg, Shelbyville and Triton Central.

Kyle and Ashley Harpring have been married for 10 years. The couple has three children — sons Hudson (7) and Micah (5) and daughter Ella (2). Micah was the “sectional baby” born the night of a first-round game against South Dearborn. 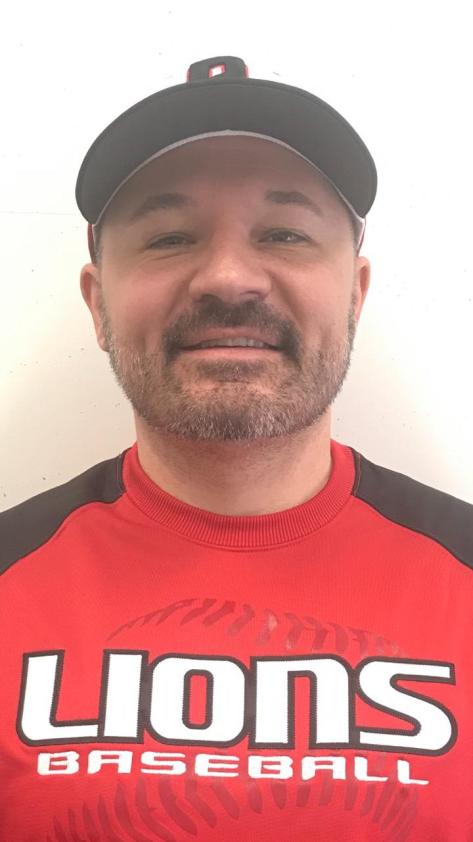 Kyle Harpring, a 1998 Rushville (Ind.) Consolidated High School graduate, is heading into his seventh season as the Lions head baseball coach in 2019.