Jeremy Honaker is selling an offensive philosophy and the new Martinsville (Ind.) High School head baseball coach expects a buy-in from his Artesians during the 2019 season.

Honaker, a varsity assistant and hitting coach the past seven seasons at Zionsville (Ind.) High School, is confident that Martinsville hitters can increase their production by following his keys.

“We want to focus on quality at-bats, put pressure on the defense and compete every pitch,” says Honker, who helped Zionsville win more than 130 games the past five seasons while competing in the strong Hoosier Crossroads Conference with 2018 IHSAA Class 4A state champion Fishers plus Avon, Brownsburg, Hamilton Southeastern, Noblesville and Westfield. “strikeouts don’t pressure the defense. I want line drives to all parts of the field.

Honaker, who was hired in September, wants his hitters to concentrate on hitting the ball back up the middle or to the opposite field and values doubles.

Honaker has a different label.

“I call it a team count,” says Honker. “What are you going to do to help your team when you get two strikes?.”

Honaker notes that the Artesians (15-14) played a number of one- and two-run games in 2018. He says if the team sprinkled in some more quality at-bats, it might have won the Mid-State Conference (Whiteland finished atop the MSC which also features Decatur Central, Franklin Community, Greenwood, Mooresville and Plainfield).

The Artesians are in a 4A sectional grouping with Center Grove, Franklin Central, Greenwood and Whiteland. Martinsville last won a sectional title in 2017.

Honaker expects have 40 to 45 players for varsity, junior and freshmen teams in the spring.

So far, his coaching staff includes Jerry Koller and Jarrett Johnson at the varsity level with Reid Fawcett leading the JV and Kenny Geiresbach heading up the freshmen.

Koller is a former Martinsville assistant and will serve as pitching coach. Johnson comes from the Zionsville staff.

Fawcett, a Huntington North High School graduate, returns and is expected to have an assistant as will Geiresbach.

Honaker was born and raised in Connersville, Ind. He played football, basketball and baseball at Connersville High School, graduating in 1996.

“He was — hands down — my favorite coach,” says Honaker. “I didn’t realize at the time, but he taught me how to communicate with kids and how a proper organized practice should go.

“But the biggest thing he taught is that you have to build and earn respect if you want the kids to play for you.

“You must have an open line of communication if you kids to give it their all. They will trust you when they know you have their back. You need to show them you care about them.”

After one season at the University of Southern Indiana, the third baseman and corner outfielder transferred to Indiana University East in Richmond, where he did not play baseball. He also spent a season as a volunteer assistant to Gable.

Honaker was an assistant to John Zangrilli (now assistant at Carmel High School) for two seasons at Zionsville before Moore took over as head coach.

For the past seven summers, Honaker has coached with the Indiana Bulls travel organization, mostly with the 15U Black squad.

He is also providing hitting and infield instruction for Pro X Athlete in Westfield, Ind.

The Honakers — Jeremy and Misha — live in Noblesville. When Misha’s job took her to the East Coast, Jeremy played for the Philadelphia Comets and was team MVP and Greater Philadelphia Men’s Adult Baseball League batting champion in 2008.

Jeremy’s parents are Ted Kalkhoff Sr. and Cindy Williams (married to Butch). He is the second-oldest of four brothers — behind Danny Honaker and before Ted Kalkhoff Jr. and Tim Kalkhoff. 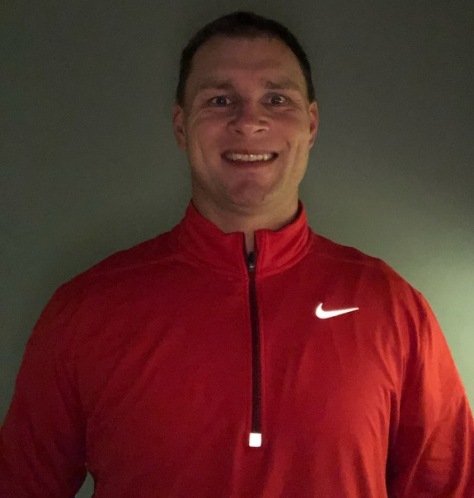