Now back in affiliated ball with the Lake County (Ohio) Captains in the Cleveland Indians organization, Dane has been taking to the diamond during the current series in Fort Wayne.

Hutcheon recently turned 24, but he was just 7 and the team batboy when the Bethel Pilots ventured from Mishawaka, Ind., to Celina, Ohio, and won the 2002 National Christian College Athletic Association national championship.

Mike Hutcheon, who had been a graduate assistant at Mississippi State University under Hall of Fame coach Ron Polk (1988-89), led Bethel for four seasons (2000-03) then went back to his native Colorado and was head coach at Air Force Academy in Colorado Springs for seven seasons (2004-10) and later three at Colorado Christian University in Lakewood for three (2014-16).

Dane Hutcheon was born in McKinney, Texas and moved with his family to Jackson, Miss., when his father became head baseball coach at Belhaven University, a post he held for five seasons (1995-99) before going to Bethel.

While in northern Indiana, Dane played at what is now known as Harris Baseball Softball in Granger.

A 2013 graduate of Pine Creek High School in Colorado Springs, where he played for Glenn Millhauser, Dane played college baseball at the University of Montevallo (Ala.) for Chandler Rose (who was an assistant to Mike Hutcheon at Air Force).

“In a way it was like playing for my dad,” says Dane Hutcheon of his time with Rose. “To this day, he’s one of my mentors.

“(Millhauser) was another great guy. I’ve had a lot of luck with coaches.”

After three seasons at Montevallo (2014-16) where he played shortstop and hit .310 with three home runs, four triples, 30 doubles, 83 runs batted in, 132 runs scored and 28 stolen bases, Dane Hutcheon was selected in the 29th round of the 2016 Major League Baseball First-Year Player Draft by the Minnesota Twins.

Hutcheon played for the Short Season Class-A Gulf Coast League Twins in parts of 2016 and 2017 and also with the High-A Fort Myers Miracle in 2017.

The Twins released him in March 2018 and he hooked on with Lake Erie, where he hit .305 with three homers, 29 RBIs and 16 stolen bases as a Frontier League all-star and caught the attention of an Indians scout.

The lefty-swinging 5-foot-9, 177-pounder then moved his base of operations from the west side of Cleveland to the east. His first game with Lake County in the Low Class-A Midwest League was Aug. 21. In his first nine games with the Captains, he hit .300 with nine singles, three RBIs and one stolen base.

“Every one in awhile I squeak a home run out but, other than that, I do whatever I can to try to help the team,” says Hutcheon. “I wasn’t always the fastest or never really had any power (as a youngster). But as I got older and filled out body, things happened in the way they did.

“I was kind of a late bloomer in a way.”

A shortstop in college and second baseman in the Twins system, he has been used at third base so far this summer.

“I have a decent arm and I’m able to move,” says Hutcheon. “It’s been awesome to play other positions. I get to see how it all works.”

Throughout his baseball career, Mike Hutcheon has been Dane Hutcheon’s rock.

“My dad has always been that guy that I could go to if things are going good or bad,” says Hutcheon. “He tells me that there’s so much more than life than just the game. It’s helped me relax. He’s always there to give me pointers. He keeps me strong in my faith. He’s just a great guy to have as a mentor.

“He’s always just a phone call away to help put things into perspective and calm me down when I need it.”

Mike and Laura Hutcheon have four children — Manie, Dane, Gigi and Hal. Dane’s older sister works in Arizona. His younger sister is in college. His younger brother is a baseball player at student at Discovery Canyon Campus High School in Colorado Springs. Laura Hutcheon is the cheerleading coach at Air Force. 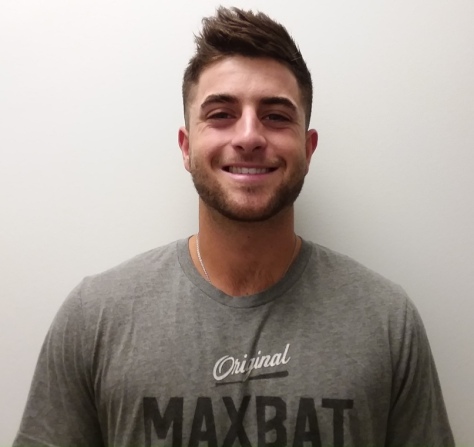