With a coaching staff always looking for the silver lining in every cloud, Pike High School faces the challenges of playing in baseball-rich Indianapolis.

Pike — one of the biggest schools in Indiana with an enrollment of around 3,300 — belongs to the Metropolitan Interscholastic Conference (along with Ben Davis, Carmel, Center Grove, Lawrence Central, Lawrence North, North Central of Indianapolis and Warren Central) and is in an IHSAA Class 4A grouping with Ben Davis, Decatur Central, Perry Meridian, Roncalli and Southport.

“The MIC is the toughest conference in Indiana in my opinion,” says fourth-year Pike head baseball coach Todd Webster. “Our out-of-conference schedule is fairly tough, too.

“We we think it’s important that we stay positive. We have to tell the kids that they’re getting better.”

It’s about building them up and not beating them down.

Before landing at Pike, Webster was an assistant to Aaron Kroll at Ben Davis — a school fed by Little League programs like Ben Davis, Eagledale and Speedway.

“They had a treasure trove of kids who had skill and were real gutsy and scrappy,” says Webster. “At Pike High School, it’s a little different. Our kids come from a very small Little League (Eagle Creek) and need a lot of development.”

Webster, a 1982 North Central graduate, served several years as a coach and on the executive board at Westlane Delaware Trails Little League — the largest Little League in Washington Township. His board tenure includes time as president.

Something Webster witnessed many times was the formation of travel teams, taking the best players in a given Little League division and putting them on one squad. The fathers of these players would follow and that would reduce the pool of knowledgeable coaches.

Phil Webster won more than 600 games as a high school head coach. His 27-year run at Decatur Central include a 4A state championship in 2008. He was inducted into the Indiana High School Baseball Coaches Association Hall of Fame in 2015.

“We just kind of let him do his thing,” says Todd Webster of his father, who began his coaching career in the late ‘60s and joined his son last spring. “It’s an unbelievable wealth of knowledge that he brings.

“It’s just nice having him around. He throws batting practice. My dad’s 77 going on 50. Baseball will keep you young.”

Sloan is a former North Central assistant. Lawrence is a social studies teacher at Pike.

The Pike staff keeps looking for things to complement to build up their players and they just keep plugging.

To get seen and signed by colleges, exposures is key.

Pike is proud to call Hildebrand Field home. The complex has two lighted diamonds with new infields and banners and permanent wind slats and toppers on the outfield fences .

“It’s really a beautiful, beautiful field,” says Webster. “I’ve had some college guys say this high school field is better than ours. Our outside facilities are almost second to none.”

When the Devils are inside, they share gym space with many other groups at Pike and have sometimes access to one drop-down batting cage.

“That’s one of the obstacles we have to try to overcome,” says Webster.

One other way Pike players get in some indoor swings is by borrowing a lobster from Pike’s tennis program. Hitters are able to hit tennis balls in the gym and a net is not necessary.

“You have to be as creative as you can,” says Webster.

A Little League player while growing up, Webster got involved with construction trades classes in high school and did not play baseball at North Central.

“We were building our own houses,” says Webster. “I went into the field right out of high school. Back then the money was too good to pass up. He now a general contractor and owns Webster Commercial Contracting and Webster Home Improvement.

Between general contracting and coaching baseball, Webster considers himself as a man with two full-time jobs.

How does he pull it off?

“I own the business and know the boss really, really well,” says Todd, who is also the son of Carolyn Webster and sibling to brother Channing and sister Grey. “The key to coaching baseball and having your own business is you have to surround yourself with good people. If you get yourself into a pickle, you have people there you can trust.

“My assistant coaches on the baseball team are really good, knowledge and reliable. It is not necessary to micro-manage at all.”

No fewer than three former Red Devils outfielders have been selected in the Major League Baseball First-Year Player Draft — Jim Watkins in the fifth round by the Boston Red Sox in 1979, Dallas Williams in the 42nd round by the Red Sox in 2003 and Jordan Cheatham in the 43rd round by the Chicago White Sox in 2006. All three had brief minor league careers. 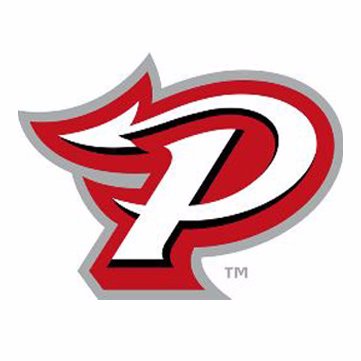 Todd Webster is heading into his fourth season as head baseball coach at Pike High School in Indianapolis in 2018. (Steve Krah Photo)

11 thoughts on “It’s all about being positive for Webster, Pike Red Devils baseball”