College baseball is about more that what goes on between the lines.

Wes Carroll has come to see that in his time as head coach at his alma mater — the University of Evansville.

Self-described as a combination of “old school” and “new school,” Carroll has taken approaches that he was taught when he was a Purple Aces player and concepts he has learned on the job and applies them as he enters his 10th season as the man in charge of the program.

Carroll, who was born in Evansville and graduated from Castle High School, played at UE for Jim Brownlee.

“He was as hard-nosed as you can get,” says Carroll. “He taught us how to be a man and handle our failures.”

It’s inevitable that players will face difficulty — on the diamond or off — and they need to know how to cope. But it’s not always easy.

“Kids fail so much and struggle to overcome,” says Carroll. “I build a relationship with them so that they can feel comfortable with discussing with anything and everything that comes into their life.

“I’m learning from all of my mistakes. I’m 38 years old, but I feel like I’ve been through a lot. The biggest thing is listening.

Being an “elite communicator” is key.

“I want to be there to help get through whatever situation they are going through,” says Carroll. “It is very rewarding. I thought (coaching) was all about wins and losses. When I started, I led the country in pep talks and sac bunts and was a train wreck. It’s about developing great young men. I’ve definitely shifted my focus on what this game is all about.”

Carroll played at Evansville from 1998-2001 and was selected in the 37th round of the 2001 Major League Baseball First-Year Player Draft by the Philadelphia Phillies.

Wes played mostly second base, shortstop and third base in the Phillies and Montreal Expos/Washington Nationals systems through 2005, making it to Triple-A the last two seasons.

When his pro career ended, the 2001 UE graduate planned to be a stock broker but the opportunity to coach presented it and he jumped at the chance. He served two seasons as a UE assistant to David Seifert before taking over as head coach for the 2009 season.

“I was fortunate to jump on to a coaching staff in my hometown,” says Carroll. “I’ve been very fortunate in my career to be in the right place at the right time.

“You could look at it as luck or opportunity matched up with preparation that has put me in this position.”

Observing his older brother (Jamey Carroll was a Purple Ace 1994-96 and logged 12 seasons in the big leagues) and his own years in the minors was part of the education for Wes.

“Professional baseball taught me a lot,” says Carroll. “I learned a lot of what not to do. That is key in anything you do in life.

Carroll, who is 251-264 for his UE career, tries to keep it simple when talking hitting, fielding or pitching with his Aces. The 2014 team won 34 games and the Missouri Valley Conference title. In 2015, Kevin Kaczmarski (.465) led the nation in hitting and was the school’s first MVC Joe Carter Player of the Year.

The MVC attracts many pro scouts, who tend to find many top-notch pitchers. The conference gains exposure coast-to-coast on the ESPN3 web-based platform.

As the Aces prepare for 2018, Carroll and assistants Cody Fick, Jake Mahon and Boomer Synek — all three former UE players — are working with a roster made up mostly of Midwest players.

“As a private school with the type of job placement and graduation rates we have here, it opens doors for national recruiting,” says Carroll, who does have players from Texas, Colorado and Ontario. “But I like to stay as local as possible. Maybe a 60-mile radius (from Evansville).”

Working with the NCAA Division I baseball scholarship limit of 11.7, Carroll does not believe in over-recruiting and tends to carry no more than 33 players.

“We have a very small roster,” says Carroll. “We do not redshirt. Our admissions statement says we graduate students in four years. I’m not in the business of cutting people out of my program.

“Our word means a lot and it needs to be a two-way street. We try to form a family culture. Everyone on my roster is going to help me win a ballgame in some way, shape or form.”

Carroll wants players who fill the program’s needs and athletes who see what their probable place in the big picture.

For instance, if there are three upperclassmen at their position, they know it’s unlikely they see the field right away unless they really excel.

“Kids need to find the right fit for them,” says Carroll. “It’s on the families themselves to research. Where am I going to get a chance to develop in games?

“Our scholarship offer shows what kind of impact player I think you’re going to be.”

Pitchers demand a little more scholarship money than other players.

“They are the hot commodity,” says Carroll. “Then you look up the middle (catcher, shortstop, center fielder). “What we want is to have athletes on the baseball field. I want them to be as versatile as can be (on defense and offense). They can handle the bat, run bases and have instincts in the game of baseball.”

Carroll does not select captains.

“We’ve leaned on upperclassmen quite a bit,” says Carroll. “Going into (2018), we have great leaders in the sophomore class. Leaders emerge with how talented they are and hold other guys accountable. Those guys emerge throughout the course of the year. You can’t anoint a certain person. They just rise to the top, no matter what class they are in.” 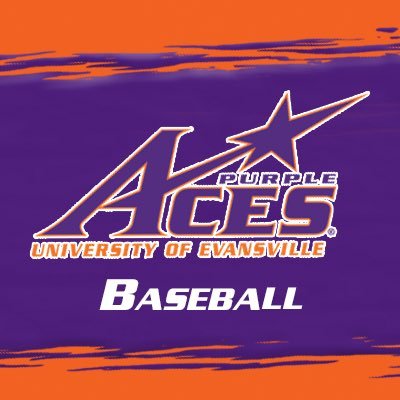 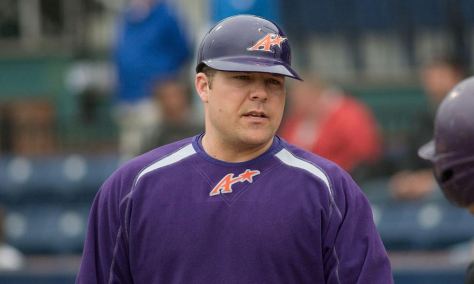 16 thoughts on “U. of Evansville’s Carroll combines ‘old’ and ‘new’ schools in role as head coach”