Outside the lines, professional baseball in Gary, Indiana, is very much like it is in many places.

Affordable family-friendly entertainment is the goal. Fans are invited to have a good time at the ballpark. The experience at U.S. Steel Yard includes food, giveaways and other forms of fun.

As a member of the independent American Association, the Gary SouthShore RailCats operate differently than Major League Baseball-affiliated clubs.

“What it’s done for the industry cannot be underrated.”

But the emphasis is on the pennant race (Gary went into play Monday, Aug. 7, at 40-33 and seven games behind first-place Lincoln in the AA Central Division; the RailCats were two games out of the wild card lead in a 100-game season) and not getting a player ready for the next level.

“We make no apology to the players,” says Tagert. “We tell them from the beginning, we are all about winning.

“Sometimes the players find that out the hard way. They’re used to a different type of format. They are surprised at the level of competition and the emphasis put on winning … It’s not for every player, just like it’s not for every manager.”

Tagert is a native of Vacaville, Calif. He a pitcher at San Francisco State University. He served as pitching coach at the University of New Mexico in 1988 and an associate scout for the Detroit Tigers in 1993-94.

A manager in independent baseball since 1995, Tagert enjoys the challenge of having the ability and the responsibility of building a team.

Unlike affiliated ball where players and coaching staff are assigned to a franchise and are told how to develop the talent with hopes of one day seeing them in the big leagues, Tagert makes all on-field personnel decisions.

“Player procurement and all the player decisions sit at this desk,” says Tagert. “That’s something I would not give up.

“It is the lure of the job for many of us (independent baseball managers) … The challenge is great. But it’s like anything else in life. If it was that easy, it wouldn’t be any fun.”

League rules limit rosters to 23. An additional one player may be on the disabled list during the regular season. Of those 23 players, a maximum of five may be veterans and minimum of five must be rookies. The remaining players will be designated limited service players and of those LS players only six (6) may be LS-4.

Tagert says the classifications create a unique kind of parity in the league and also creates opportunity.

The American Association is full of players with MLB experience and others who played at the Triple-A or Double-A level.

Right-handed pitcher Jorge DeLeon, a reliever for Gary, played for the Houston Astros in 2013 and 2014.

Allensworth, who played at Madison Heights High School and Purdue University, was a first round draft pick of the Pittsburgh Pirates in 1993 and played in the big leagues with Pittsburgh, the Kansas City Royals and New York Mets. He was with the RailCats in 2006 and 2007.

Byrdak made his MLB debut with Kansas City in 1998. He played in Gary in 2003 and became the first former RailCats player to play in the big leagues with the 2005 Baltimore Orioles.

Wes Chamberlain, who played six MLB seasons including in the 1993 World Series with the Philadelphia Phillies, was a RailCat in 2003.

Crowell played at Valparaiso High School and the University of Indianapolis. McClellan played at Indiana University.

The team has retired No. 23 for right-handed pitcher Willie Glen (2005-07, 2010) and No. 45 for Gary native and coach Joe Gates. Glen played at Plainfield High School and the University of Evansville. Gates played at Gary Roosevelt High School and briefly with the Chicago White Sox.

The RailCats were part of former Northern League and began as a road team in 2002 while 6,139-seat U.S. Steel Yard was being constructed along U.S. 20, South Shore rail lines and I-90 (Indiana Toll Road) and very close to the steel mills.

Chicagoans Pat and Lindy Salvi bought the team in 2008.

Gary takes a bus to all its games. It’s about 16 hours to both Grand Prairie and Winnipeg. There’s usually days off built into he schedule to allow for that kind of travel.

A commuter trip will be added in 2018 when the Rosemont, Ill.-based Chicago Dogs join the league.

RailCats general manager Brian Lyter is in his fifth year on the job after working four seasons in affiliated baseball with the Double-A Arkansas Travelers.

With Tagert handling most of the baseball side of things, Lyter tends mostly to the business side.

Lyter has watched the community embrace the independent baseball model while embracing the amenities at the park.

In a competitive Chicagoland market that offers the Chicago Cubs, Chicago White Sox and many other entertainment options, the RailCats draw well with most fans come from northwest Indiana.

Some of the things Lyter appreciates about the American Association is that players have a “little more staying power” and that the product is top notch.

“Some people underestimate the quality of baseball,” says Lyter, who compares the overall level of play to Double-A. 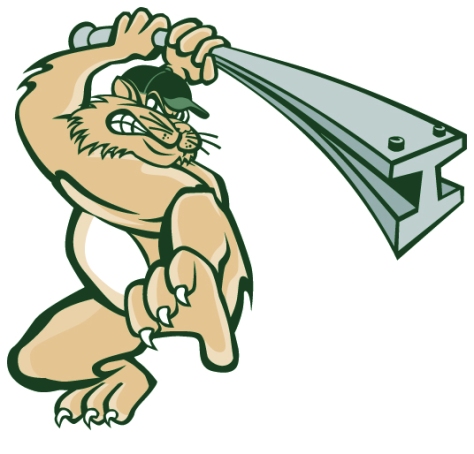