When you’re a small school, you learn how to make the most of what you’ve got.

That’s what Jeff LeBeau has done at Tri-County High School, an IHSAA Class 1A institution that houses about 250 students.

LeBeau, a 1995 Tri-County graduate, is in his 16th season as Cavaliers head baseball coach after one season as junior varsity coach under Denny Stitz.

The younger LeBeau played four seasons for Indiana High School Baseball Coaches Association Hall of Famer Mike Frame at Huntington University before coming back to Tri-County, which is based in the White County town of Wolcott and also serves parts of Jasper and Benton counties.

Stitz, who helped Tri-County win a Class 1A state title by beating Joe Rademacher’s Barr-Reeve club in 1998, taught Jeff LeBeau how to be successful at a small school.

“Attention to detail is crucial,” says LeBeau. “The student-athlete needs to be able to perform the fundamentals correctly. The  selection pool is limited. You have to get the most out of your student-athlete’s ability.”

“There was not a practice that went unscheduled or unplanned,” says LeBeau. “We were always active.”

Jeff watched his father take a group of 15 to 18 boys from spring rivals and mesh them into a cohesive summer team that won multiple sectionals and regionals and competed a few times in the Indiana American Legion State Finals. Post 280 has not sponsored a team since Craig LeBeau stepped away. Nearby Lake Village Post 375 does.

In Frame, Jeff saw another detail-oriented coach and one dedicated to teaching more than the game to a group of youngsters — many away from home for the first time.

“He was a great father figure to us,” says LeBeau. “He was good at using the game of baseball to teach us life lessons.

“He taught me a different style of running a baseball practice, breaking down the game action into minor details.”

Playing home games at Remington Community Park (about six miles off-campus), Tri-County carries about 18 to 22 players in all four grades. This year, the Cavaliers played a full junior varsity schedule. The majority of road games are an hour or less from home with some trips to the Lafayette area.

The 2017 season marked Tri-County’s second in the Hoosier Heartland Conference. In 2017-18, the Cavs will be part of the reformed Midwest Athletic Conference (with Frontier, North Newton, North White, South Newton and West Central).

The Cavaliers have drawn into Game 1 of the eight-team Tri-County Sectional on Wednesday, May 24. The hosts will be after the seventh sectional crown in program history and third during LeBeau’s head coaching tenure (the others came in 2007 and 2011).

“It will definitely come into play during sectional,” says LeBeau. “How quickly can your No. 1 or No. 2 bounce back?

“It’s not going away. We’ll see what needs to be tweaked (in the future).” 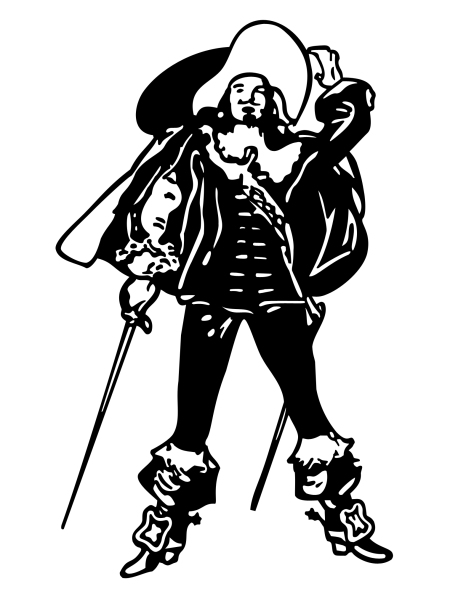