A sense of intensity and enthusiasm followed the switch-hitting catcher and first baseman from his days at DeKalb High School, where he graduated in 1997, to professional stops in the Detroit Tigers organization and the with independent Frontier League’s Richmond Roosters.

He took that energy into coaching at the high school level as a varsity assistant at Fort Wayne Northrop in 2004 (the Bruins won the sectional) and head coach at Fort Wayne South Side from 2005-07.

Meanwhile, Sassanella was entering the financial services world and his family was growing (Jeremy and Kate count six in their blended bunch).

When he moved from northeast Indiana to Indianapolis, he continued in his daytime work (he’s employed by Horizon Planning Group) but maintained his interest in coaching. He led the Mudsox, a Fishers-based travel team, in 2013.

Sassanella joined the Brebeuf Jesuit Preparatory School program as an assistant, but was not actively pursuing high school head coaching positions when a friend and president of the Indianapolis Adult Baseball League, John DeCosta, persuaded him to throw his hat in the ring when the top spot on the Braves staff came open.

With his plate full away from the diamond, Sassanella added one more duty to his list.

“I have a very, very gracious and understanding wife,” says Sassanella. “She knows this is a passion, I enjoy it and I’m good at it.”

“We weren’t playing any patty cakes,” says Sassanella. “The first week I took over, I said to (Brebeuf athletic director) Ted (Hampton), I want to build the best schedule I can.

“Like it or not, it will help us be ready fro the 3A tournament.”

Not only do the Braves compete in the new Circle City Conference (with Chatard, Guerin Catholic and defending 4A state champion Roncalli), the 2017 slate includes Carmel, Hamilton Southeastern, Zionsville, Indianapolis Cathedral, Andrean and defending 3A state champion Northview — just to name a few.

As a coach, Sassanella takes his own diamond experiences and relates them to teenager ballplayers.

“I want them to have some opportunities and insights I didn’t have,” says Sassanella. “There are things I wish I could go back and tell my 16- or 17-year-old self.

“Playing pro ball was a blessing. I understand what it is to have success and fail at a high level. I was a talented athlete, but I absolutely had to work my butt off to have the success I had.”

Sassanella insists that his players go all out and they know the sport. He and assistants Joe Perkins, Rob Baker and Chris Vale — the latter two played at Purdue — “keep it really simple” while also talking constantly about situations.

“I hope when baseball people watch us play, they see that,” says Sassanella. “Our kids play hard and fundamentally sound.

“So much of the game is emotional and mental.”

What about the new pitch count rules for 2017?

The most pitches thrown by a Brebeuf varsity pitcher in 2016 was 103 and that was in the third week of May.

“With the amount of depth we have, I’m never worried about running into pitch count issues,” says Sassanella.

While the private school does not have a traditional feeder system, Sassanella has established an off-season six-week instructional program with open fields for incoming freshmen.

“Brebeuf is going to sell itself and all it is academically and culturally,” says Sassanella. “Everything goes through admissions. Parents want this education first. They’ll seek out Brebeuf and want to be part of our baseball program.”

The coach is also a strong believer in sportsmanship and would like to see umpires do something about cat calling and the like.

“It’s not about winning or losing, it’s about respect for the game,” says Sassanella. “I’d crack down on some of the nonsense.

“Do it with grace and dignity and go home.” 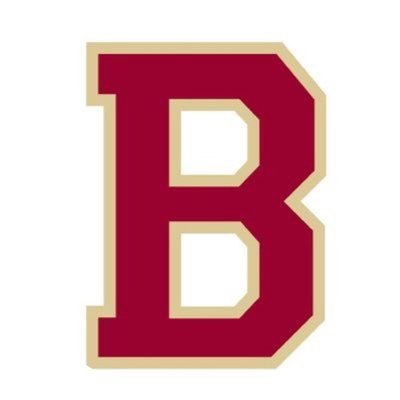 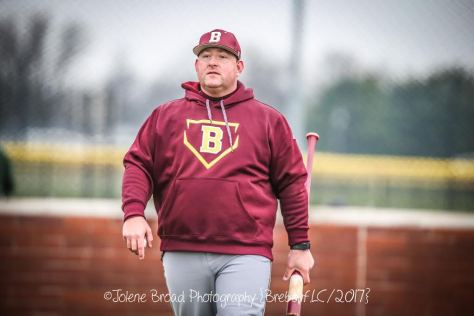 Jeremy Sassanella is in his second season as head baseball coach at Brebeuf Jesuit in Indianapolis. The Braves won 25 games and a sectional title in 2016.