Sharing baseball with those who may not otherwise get a chance to play it.

That’s what South Bend’s Joel Reinebold has been doing in Indiana and the islands.

Reinebold recently returned from his seventh trip to Jamaica.

On most of those Jamaican visits, Reinebold has helped distribute equipment and baseball knowledge to youngsters.

“The kids are always very interested in learning,” says Reinebold, who is also head baseball coach at South Bend Clay High School. “(Jamaica) is the hub of the Caribbean. They have baseball all around them (in Dominican Republic, Puerto Rico and Venezuela), but they are lagging behind. (Jamaica) has athletes that can definitely play the game.”

The level of athleticism is higher than many kids from northern Indiana and southern Michigan Reinebold observes as a high school coach and director of the Jim Reinebold Fall Baseball Camp.

Reinebold said a lack of bats, balls, gloves etc., plus few natives with coaching knowledge and a scarce amount of land for baseball fields makes it tough for the game to get a toehold in a country where they love their sports.

“It gives the kids another sports option,” says Reinebold. “Pockets of baseball are so spread out. It’s not like here where every community has a Little League and travel teams.

“We’d love to build a baseball field, but land is so valuable down there.”

Young Jamaicans who do pick up the game usually stop by the time they go to high school because their are no school teams.

During his visit, Reinebold got to share baseball and smiles with players aged 7 to 13. He got to see how they observed Jamaica Day in their own-air school and how school was dismissed early so they could hustle on grounds usually reserved for cricket or soccer. All equipment was donated (it’s not like there’s a sporting goods store in every town or village). There were no $500 bats or $200 spikes.

“It’s a different world from what kids around here are used to,” says Reinebold. “I wish I could take (Clay or camp) kids down there and say, ‘appreciate what you have. Look what these kids have to play with.’”

In his last two trips to Jamaica, Reinebold got to work with former U.S. minor leaguer Rainford Harris, who has his “boots on the ground” as a resident living in Negril and teaching the game to young natives. There’s also Damon Thomas is Buss Bay, near Ocho Rios.

He’s also worked with former minor leaguer Donovan Duncan and former Midwest Leaguer Andrew Dixon, who also live in the U.S., and occasionally come to the island to spread the message of baseball. Reinebold met Dixon at Treasure Beach a couple years ago.

A goal for Reinebold is a clinic sponsored by Rounding Third and the Jim Reinebold Fall Baseball Camp.

“I’d love to tie it into education,” says Reinebold. “The potential for those kids is amazing.”

Major League Baseball umpire C.B. Bucknor was born in Jamaica and lives in New York and also teaches the game to children in the land of his birth.

Jamaicans are eager to learn about baseball. (Joel Reinebold Photo)

The joy and hustle is evident in these Jamaican ballplayers. (Joel Reinebold Photo) 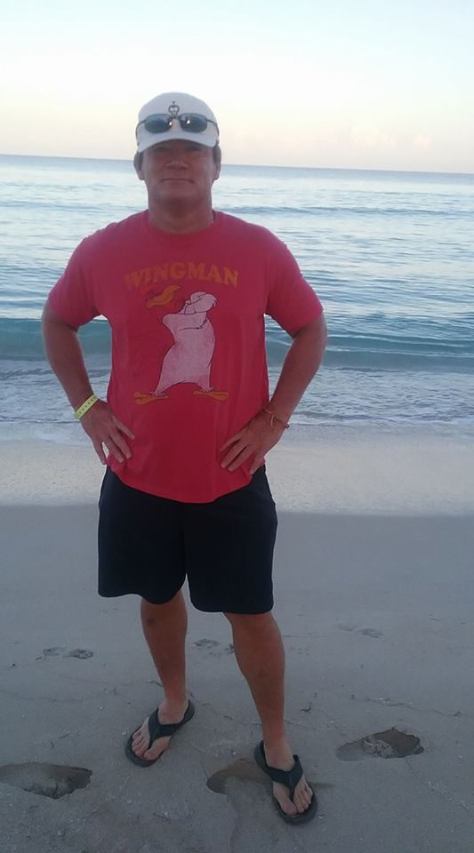 Places to play baseball in Jamaica are few and far between. (Joel Reinebold Photo)